Six-time European Tour winner Brett Rumford is adamant that it is only time – and an injection of self-belief – that stands between Jarryd Felton and a place on one of the world’s top golf Tours.

The 54-hole event provides Rumford with the opportunity to add a second WA Open title to that which he won 15 years ago while for Felton it offers another platform to prove that his game is good enough to compete internationally.

Already a two-time winner on the ISPS HANDA PGA Tour of Australasia, the 25-year-old has played briefly in Canada and currently has limited status on the European Tour but has had to watch on as other members of coach Ritchie Smith’s stable have made their mark.

His girlfriend Hannah Green is a major champion and fellow Smith students Minjee and Min Woo Lee have enjoyed meteoric rises in professional golf, a path that has remained frustratingly elusive for Felton.

But Rumford insists that the bumps and bruises Felton has accrued along the way will prove beneficial when his moment does come.

“He just needs to wait for it. There are so many examples of guys who are knocking on the door and they stick with it and it finally comes and they’re off,” Rumford said.

“If he can somehow get in the door and stick with it and be patient and endure long enough, he’s going to be someone who when he really gets hold of it and has the opportunity, he will really start to believe that he can do this and that he does want this.

“It’s so difficult to get a foot in the door but he’s got one hell of a game. It’s got nothing to do with anything else other than getting his foot in the door.” – Brett Rumford

Felton himself acknowledges that placing undue pressure on himself has only hampered his progression.

Rather than the intensity of six rounds at Q School to secure your playing future in Europe, the Gosnells Golf Club member believes the relaxed nature of last week’s Kalgoorlie win may provide something of a blueprint moving forward.

“Self-belief’s a massive thing for me. I get quite down on myself and think I should be a little bit further ahead than what I am,” admitted Felton, who will have his coach watching close at hand this week.

“(The win at Kalgoorlie) just proves that I don’t need to try too hard.

“When everything’s on the line for a golfer, it’s hard work.

“I’ve got to be more relaxed and go with the flow. I’m more scared of shooting a bad score but I can’t be like that. If I shoot a bad score who cares? No one’s going to remember three days later. There’s a bit holding me back on that front.

“It’s just doing my thing, taking my time and working through it.”

Another player sure to contend this week is 2005 WA Open champion at Royal Fremantle, Daniel Fox.

Like Rumford, Fox sees in Felton a tremendous young talent trying to get the top as quickly as possible.

“That’s just a mark of someone who wants to go somewhere but in order to get on a Tour you’ve just got to grind it out for a couple of years.

“You can’t get from where you are to where you want to be overnight. You’ve just got to grind it out and make a plan.

“That might be the only thing holding him back.” 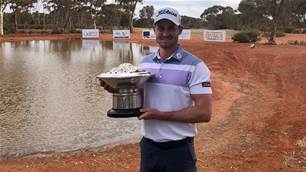 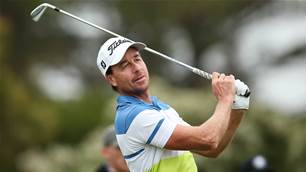 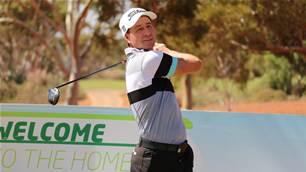