Su Oh carded a final round three-under 68 to finish tied for fifth at the ShopRite LPGA Classic in New Jersey, four shots behind winner Annie Park.

Starting the day at nine under, Oh made six front-nine birdies and two bogeys.

Her momentum was stalled by dropped shots at the 12th and 13th holes but she made birdie at the par-5 last to round out her tournament at 12 under.

After a slow start to the year, Oh has gathered momentum since April and was tied fourth in the recent Volvik Championship before featuring prominently in the US Women's Open then slipping to tied-17th.

Her Australian counterparts Rebecca Artis (69) at five under, Sarah Jane Smith (68) at four under and Karrie Webb (71) a shot further back were never in the hunt.

American Annie Park claimed her first LPGA Tour victory by a short, closing with a bogey-free eight-under 63 on Sunday. 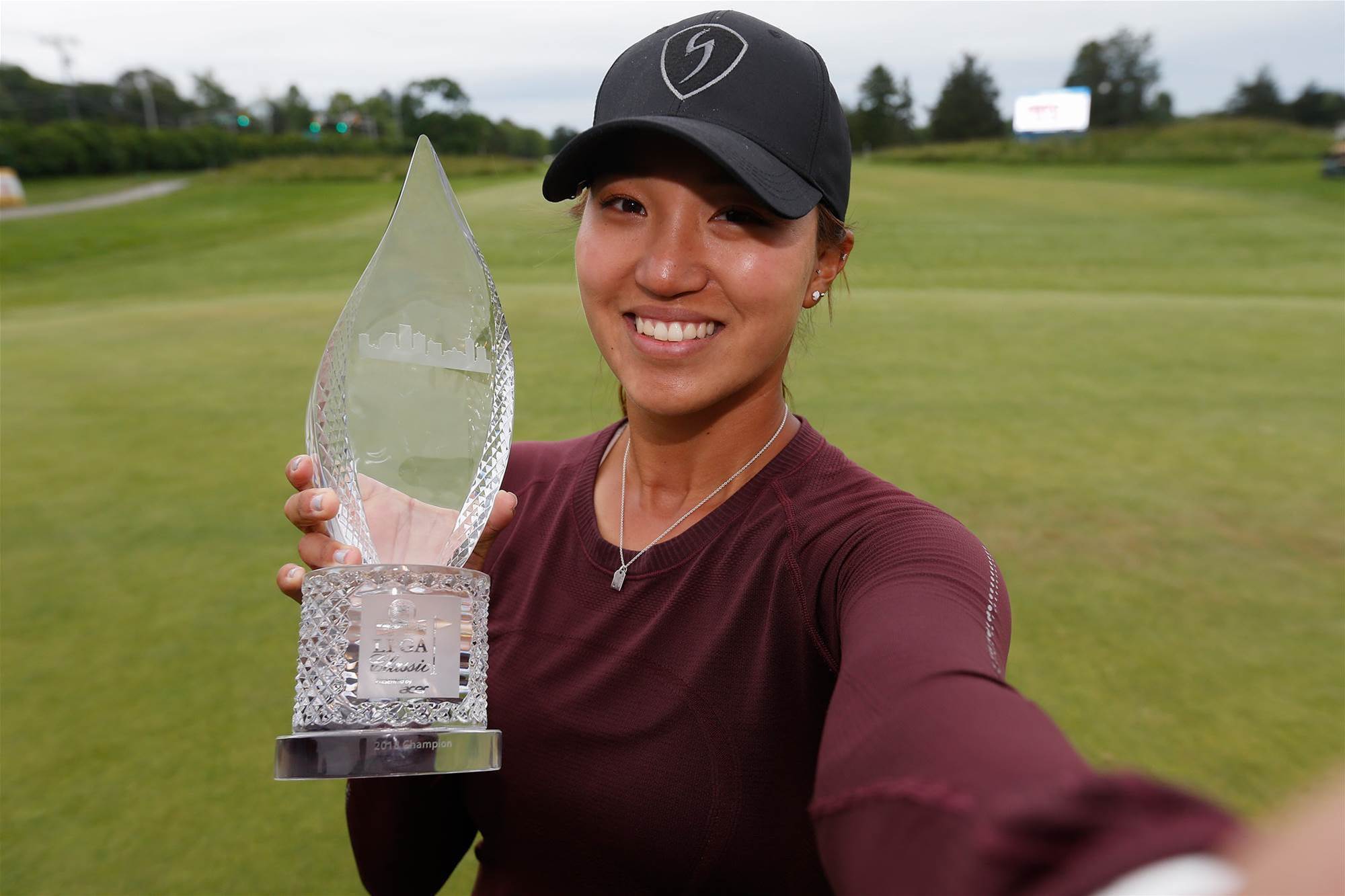 Park has broken through for her maiden victory on the LPGA Tour. PHOTO: Michael Cohen/Getty Images

"I can't describe in words how I feel," Park said.

"It's my first win out on tour ... Struggling through a back injury last year, it definitely hasn't been easy coming to this win, but definitely worth it."

The 23-year-old Park had an eagle and six birdies on a cloudy day over the Bay Course at Stockton Seaview Golf Club to complete 54 holes at 16-under 197, a stroke off the tournament record.

Sakura Yokomine, the winner of 23 events on the Japan LPGA Tour, flirted with a 59 but parred the par-5 18th for a 61 to tie the course record.

She made eagles on the par-5 3rd hole to kick-start her day and was six under for the round after nine holes. She added four birdies in the last six holes to set the clubhouse lead.

New Jersey native Marina Alex was third at 14 under after a 64, which included a hole-in-one at the par-3 17th.

Sei Young Kim, who set the course record on Sunday morning when she finished her second round with back-to-back birdies for a 61, had a 70 to finish fourth at 13 under.