American Brendon Todd held his nerve to secure a one-shot victory in the rain-delayed Mayakoba Golf Classic in Mexico on Monday as he lifted his second trophy in as many PGA Tour appearances.

Todd and Vaughn Taylor were locked at 20-under-par overall with four holes remaining when play was suspended because of darkness on Sunday.

Thursday's washout meant the tournament at the Mayakoba Resort in Playa del Carmen was taken into a fifth day.

Todd, who claimed his first win since 2014 at the Bermuda Championship earlier this month, began with a long birdie putt on the 15th hole but a three-foot par miss meant he gave back the advantage on the next hole.

"I think I've been playing well for a while.” – Brendon Todd

Taylor also dropped a shot on the 16th to slip to second spot alongside Adam Long and home favourite Carlos Ortiz, before missing a birdie opportunity at the last to force a playoff.

Todd, 34, becomes the first player to win consecutive Tour events since Bryson DeChambeau, who won the first two events of the 2018 FedEx Cup Playoffs at The Northern Trust and Dell Technologies Championship.

"I think I've been playing well for a while," Todd said.

"The confidence that gave me, winning in Bermuda and putting up four rounds in the 60s, it's natural to take that confidence to the next event. I was able to do that, and I'm really happy about it." 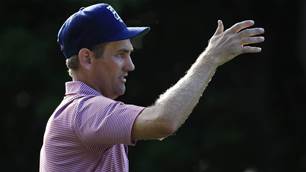 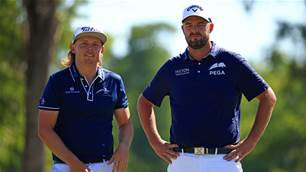