Tiger Woods has boosted hopes of capping his remarkable comeback season with a victory after a vintage performance launched him to a share of the Tour Championship lead.

On day one of the final event of the PGA Tour season, Woods sent fans into a frenzy when he reached the par-5 18th in two shots at East Lake Golf Club before draining a 27-foot eagle putt to post a five-under-par 65.

"Yeah, 18 was nice. I hammered that drive up the left side," Woods said on Thursday.

"I hit five wood into the green and I knew it was good so I started walking after it."

Woods sits atop the leaderboard in Atlanta at five under alongside Rickie Fowler (65), while Gary Woodland (66) is third at four under.

Woods, who owns two Tour Championship titles and the tournament's scoring record (257), opened his round with a bogey.

But the 42-year-old fought back with two front-nine birdies.

He then turned it up on the back nine, with birdies at the 12th and 14th holes setting the stage for his final-hole eagle. 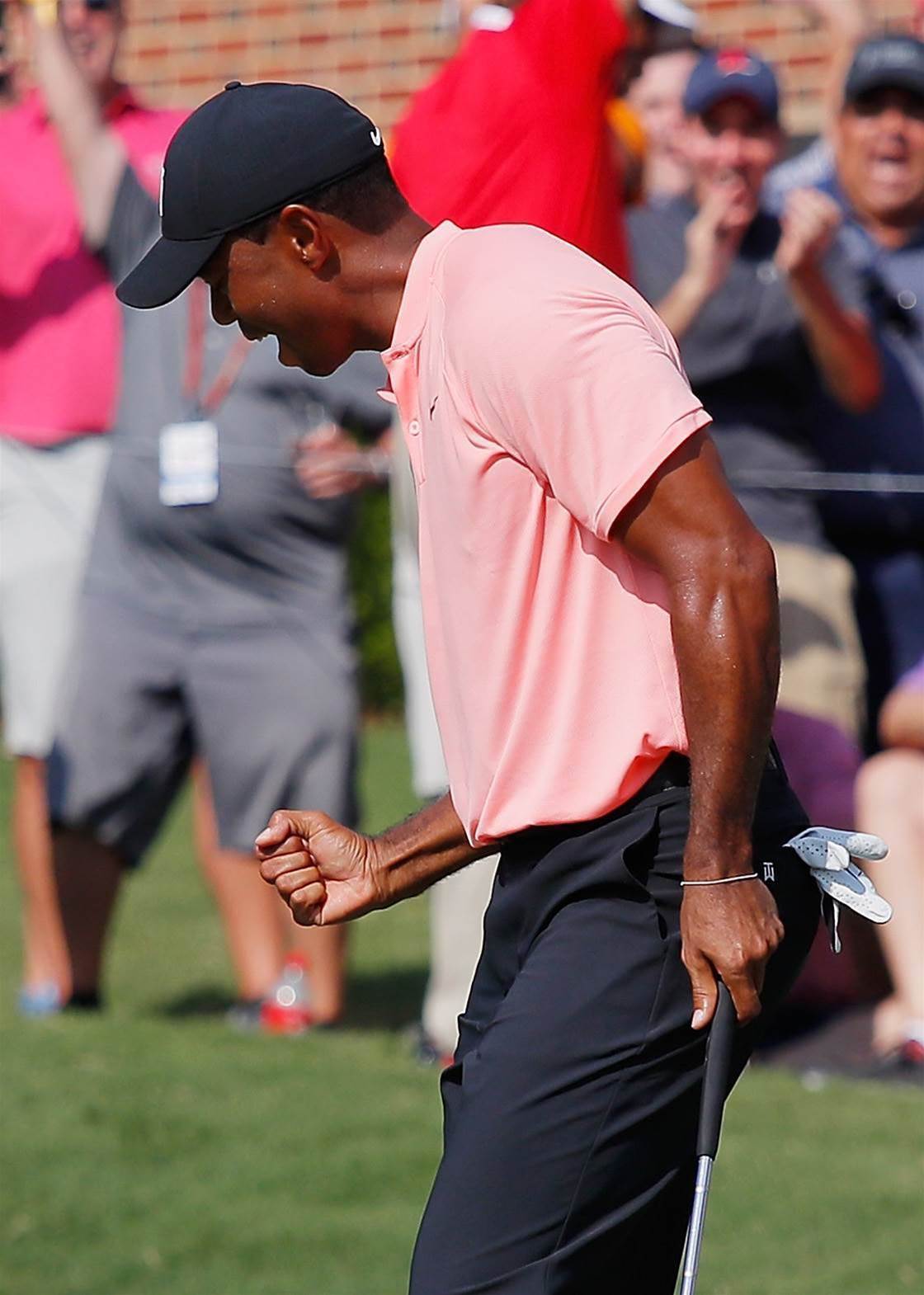 "I hit so many quality shots all day, whether it was tee-to-green or putts," Woods said.

"I didn't really mis-hit a single shot and I felt I had a lot of control. The only hard part was getting my speed on the greens."

RIGHT: Woods made an eagle-three on the final hole to share the lead with Rickie Fowler after the first round of the Tour Championship at East Lake. PHOTO: Kevin C. Cox/Getty Images.

Since returning officially to the US Tour in January after having spinal fusion surgery last year, Woods' 17 events have yielded two runner-up finishes among six top-10s and 11 top-25s.

"A win would just enhance my year," Woods said.

"My objective this year was to win a golf tournament and I have given myself plenty of looks at doing it."

Jason Day leads the three-man Australian contingent and he sits two under the card courtesy of a solid 68.

Fellow Queenslander Cameron Smith carded an even-par 70, while Marc Leishman is three over after he signed for a 73.

The Tour Championship is a 30-man tournament and the final event of the FedEx Cup play-offs.