It’s the first event of the season-ending FedEx Cup playoffs and with only 70 players advancing to next week’s BMW Championship there is plenty to play for.

Under those circumstances, expect the cream to rise to the top at a course where the best have tended to dominate.

DEFENDING CHAMPION: Dustin Johnson claimed the title at TPC Boston by an astonishing 11 shots with rounds of 67-60-64-63–254 … 30 under and the third score of 254 or better in PGA Tour history. For the record, Harris English was second. 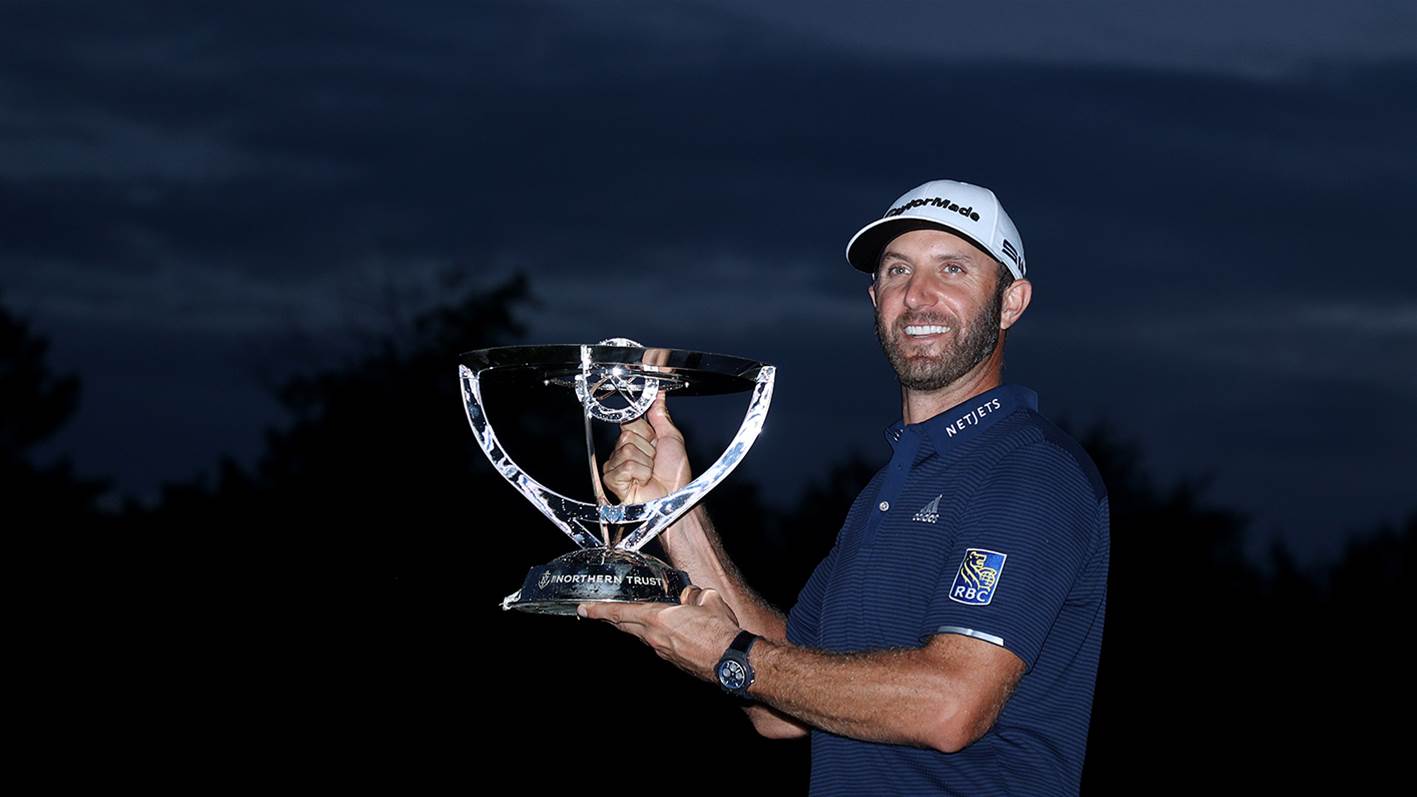 COURSE: Known more for its spectacular views than the quality of its architecture, Liberty National nonetheless ticks a lot of the boxes required to host a big time PGA Tour event.

A stunning location in perhaps the biggest metropolitan golf market in the world (New York), the former landfill site has proved popular with Tour brass in recent years.

After an initial visit in 2009 for the Barclays tournament, the course was overhauled by Bob Cupp and Tom Kite because of concerns about its playability for the world’s best. The 18th hole at Liberty National GC will be the site of plenty of drama. PHOTO: Getty Images.

Several playing corridors were widened and greens enlarged to allow for more pin positions, the changes clearly meeting with approval as tournament golf returned to the course in 2013.

Liberty National is now a mainstay on the schedule, sharing hosting duties for this event with TPC Boston.

It would be a cliché to suggest Liberty National is a ball striker’s course (aren’t they all?) but with a winner’s list that reads Heath Slocum, Adam Scott and Patrick Reed the point is well made.

The par-3 14th gets the bulk of the attention here thanks to its views of the Statue of Liberty and despite playing just 135 metres, it is enough to keep the world’s best on their toes (especially with a back right pin position).

PLAYERS TO WATCH: 2021 might end up being the year of Jon Rahm after the Spaniard claimed his first major at the US Open and climbed to the top of the world rankings.

It’s been a bizarre year for Rahm who has twice been robbed by Covid 19 – once at The Memorial when leading by six shots through 54 holes and again with a forced withdrawal from The Olympics due to the virus – and he will be highly motivated to finish the year strong. Jon Rahm is a favourite to win this week. PHOTO: Getty Images.

Sitting fifth in the FedEx Cup standings, Rahm is among the favourites to take the year-long title and will like his chances this week on a course where he finished T3 last time the event was played here in 2019.

Another with a liking for the course and in with a good shot at claiming the $15 million bonus is recent WGC winner Abraham Ancer.

The Mexican was runner-up at Liberty National in 2019 and, as evidenced by his recent victory, is playing the best golf of his career.

The 2018 Australian Open champion is currently sixth in the season long points but will know a move into the top 5 after this week will greatly improve his chances of taking the overall prize.

While Rahm and Ancer are at the top of the standings there is no shortage of motivation further down the list, chief among the names currently outside the top 70 to advance after this week being Adam Scott.

Forget the missed putt in the play-off last week, Scott is a proven performer at Liberty National having won here in 2013 and it would be no surprise to see him back that up this week.

It’s been a poor year by his own admission but a win and/or unlikely trip to the Tour Championship as one of the top 30 finishers for the season would turn that around.