The Emirates Australian Open returns to The Australian Golf Club this week for the 21st time – where Adam Scott, Marc Leishman and Cameron Smith will lead the Aussie charge against an array of international stars, including Sergio Garcia, Paul Casey and Louis Oosthuizen.

DEFENDING CHAMPION: Mexico’s Abraham Ancer defeated New South Welshman Dimi Papadatos by five shots at The Lakes last year. He was the only player to shoot four rounds in the 60s, posting scores of 69, 69, 65 and 69.

COURSE: The Australian Golf Club, in Sydney, was formed in 1882 and has experienced multiple location changes throughout the years. The current course, in Rosebery, was designed by Carnegie Clark, Jock Hutchison and Gilbert Martin. Jack Nicklaus then made significant alterations during redesigns in 1976 and 2013. Adam Scott will compete in his national Open for the first time since 2016. The Queenslander won his lone Stonehaven Cup in 2009 at NSW Golf Club and is desperate for more home success, recently telling AAP: "It took me the better part of 10 years to win (the Australian Open) and 10 years later and I haven't won another … I'd very much like to win here at The Australian; I like this course a lot."

Victorian Marc Leishman is another Aussie who will fancy his chances this week. The World No.27 has been in Australia for the past week and on Monday told reporters he is treating events of the Aussie summer as if they are majors.

Of the international players – outside of defending champion Abraham Ancer – Louis Oosthuizen is probably the pick of the bunch. The South African possesses one of the sweetest swings on the planet and should hit plenty of greens at The Aussie. 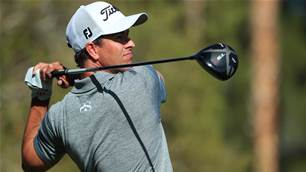 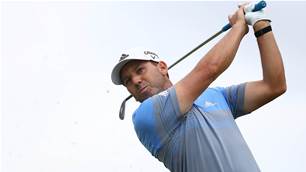