The race for the PGA Tour of Australasia Order of Merit crown and three DP Word Tour cards heats up this week, with the Golf Challenge NSW Open possessing the biggest prize purse of the run home.

Plenty of big names have headed to Concord in Sydney’s west for the event, which included a world first two players earn their spot in the field via the Golf Challenge qualifying series, with hopes of either maintaining their place on the money list or climbing higher.

Sydney’s recent wet weather reminding many players of the 2021 event held at the same venue when greenkeepers achieved what felt impossible by getting the event to be played at all after the course was flooded earlier in the week.

DEFENDING CHAMPION: Learning the course somewhat on the go, like much of the rest of the field after only one practice round was possible played as a shotgun start on Wednesday, Bryden Macpherson emerged victorious here in 2021. Playing alongside Nathan Barbieri and Jack Thompson, the Victorian was measured during the final round and took his birdie chances as they emerged. Macpherson signing for a 68 and tournament total of 18-under to win by three from Thompson and Elvis Smylie.

Thompson led late on Sunday before bogeys early on the back nine ruined his charge, while Smylie was right in the thick of things until an untimely poor drive at the penultimate hole resulted in a double bogey six and the end of his chance. Macpherson’s consistency despite not having his ‘A’ game on the final day delivering his second win on the PGA Tour of Australasia in 2021.

COURSE: Initially designed by Dan Soutar and opened for play in 1916, Concord Golf Club in Sydney’s west has a long history as a tournament hosting venue. Site of three Australian PGA Championships, won by Wayne Grady, Craig Parry and Ian Baker-Finch no less, and a women’s Australian Open in 2004 when Laura Davies took the title, Concord returned as host of the NSW Open last year. The 2022 event marking the 12th time the club will host the state Open.

Ranked 30th in the country in Australia’s Top-100 Courses for 2022 by Golf Australia magazine, the Concord of today is a very different beast compared with what many came to know when our biggest names walked its fairways.

Tom Doak and Renaissance Golf completed a redesign in 2018, with large, mounded greens and bunkering significant features of the new Concord. A strategic test with a good mix of scoring and more difficult holes, short game skills of the highest order are a pre-requisite to play well at Concord. 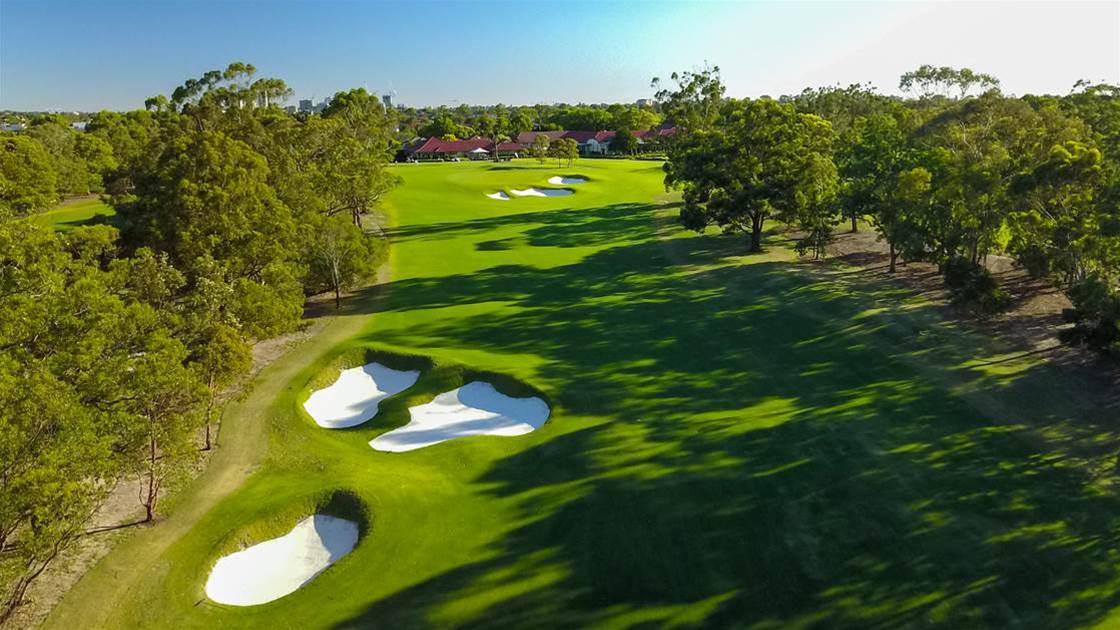 Word from the players on Tuesday after getting their first look at the course for 2022 in the practice round was that the course is slightly soft underfoot following the heavy rain that has hammered Sydney recently. The greens rolling a little slower than normal, all combining to suggest there will be some low scores in the offing this week.

PLAYERS TO WATCH: Last week’s winner at TPS Hunter Valley, Aaron Pike has his sights set on continuing to climb up the Order of Merit and take on of the DP World Tour cards on offer at the end of the season. And you would be brave to bet against him doing so this week at Concord.

Pike limped home on Sunday in 2021 with a 74 to finish well done the leaderboard, but the Queenslander is playing much better golf so far this year having challenged for the recent Vic Open and Australian PGA titles before adding a third Tour win at Cypress Lakes.

Pike exhibited extreme patience last week and that will hold him in good stead again this week.

Staying with Pike last week in the Hunter and again this week in Sydney, Michael Sim’s charge failed to materialise on Sunday in the second to last group, but is close to playing some very good golf.

Hitting balls alongside his good friend and last week’s winner on Tuesday at Concord, Sim was working hard on his game at the venue where he shared fourth last year.

Defending champion Bryden Macpherson is another to keep an eye on this week, despite some inconsistent play of late, including last week. Macpherson clearly enjoys the Tom Doak layout at Concord and has the ability to make plenty of birdies, something that will likely be necessary this week.

Last year’s runners-up Elvis Smylie and Jack Thompson are also in the field and will have hopes of going one better this time around.

Thompson is a recent Tour winner, while Smylie resumes after a short break and will have experience caddie Tony Carolyn on the bag.

Jordan Zunic recently spoke of his desire to win his home state Open with this publication and once again should figure here, while Jed Morgan, Louis Dobbelaar and Anthony Quayle all sit high on the Order of Merit and will want to add some more money to their totals as they attempt to secure playing rights in Europe beyond this year.

Also keep on Kiwi Denzel Ieremia who made five straight birdies to finish his practice round on Tuesday at Concord.

NSW Open to be broadcast live