If absence makes the heart grow fonder the PGA Tour must have missed the memo as the new season gets underway this week just 12 days after the last putt dropped in the previous.

The Fortinet Championship (previously the Safeway Championship) will be played at the Silverado Resort in Napa, California, for the eighth time but first of a six-year run with this new title sponsor.

DEFENDING CHAMPION: Stewart Cink broke a win drought dating back to his Open win in 2009 last year, the American firing matching 65s on the weekend to claim the title by two shots from Harry Higgs. COURSE: The North Course at the Silverado Resort doesn’t look out of place on the PGA Tour and has proved a popular venue among the players.

Despite being the first event of the new season, the tournament often attracts a smattering of the Tour’s top ranked golfers including World No.1 Jon Rahm this year.

RIGHT: Stewart Cink claimed the Safeway Open in its last staging with son Reagan on his bag in 2020. PHOTO: Jed Jacobsohn/Getty Images.

That is partly due to the tournament location in the heart of the Napa Valley wine region, a popular tourist destination in its own right.

The course has strong links to former U.S. Open winner Johnny Miller who partnered two other investors and bought the resort property in 2010.

Miller, who had owned a villa at the resort since the 1970’s, undertook major changes to the North Course shortly thereafter in the hope of landing a PGA Tour event and that is precisely what happened.

The new look North Course hosted the Frys.com Open in 2014 and has remained on the schedule ever since.

Tipping the scales at a shade over 6,500 metres, the course has plenty of length to handle the world’s best though being a resort facility is vulnerable to low scoring.

There is little in the way of genuine architectural interest to the layout though the golf tends to be entertaining and generally features bunched leaderboards.

It features a standard configuration of four par-5, four par-3 and 10 par-4 holes to make up a total of 72, though two of the par-3s measure under 200 yards.

Perhaps the most interesting hole on the course is the par-4 17th, driveable by many in the field at 375 yards and a potentially vexing question for the leaders come Sunday afternoon.

PLAYERS TO WATCH: Jon Rahm and Hideki Matsuyama are the only two top-20 ranked players in the field but there will be no shortage of challengers this week.

Rahm tees up for the second time after a T15 finish in 2017. While clearly a different golfer now, his main barrier this week might be focus with the Ryder Cup just a week away. Matsuyama may also be worth considering after two top-fives here in 2014 and 2015 though recent form is less impressive, a missed cut his result last time out in 2020.

Two-time winner Brendan Steele will be on the radar for many though his form since back to back victories in 2017 and 2018 is less impressive with only one top-30 in three tries.

More interesting will be the play of those graduating to the PGA Tour from the secondary Korn Ferry circuit and while unknown quantities at this level, several will be worth keeping an eye on.

There are two Australians in that number, Lucas Herbert and Brett Drewitt with Herbert’s game seeming particularly well suited to the PGA Tour.

2021 will be the Victorian’s first full year on Tour and he would like nothing more than to make a significant statement early on.

Meanwhile Drewitt has had a taste of the big show with a year on the PGA Tour in 2017 and in two appearances here has posted a T25 and T35 result.

Outside the Australians, three-time Korn Ferry Tour winner Mito Pereira will be one to watch.

The Chilean already has two top-six finishes on the main Tour since earning a battlefield promotion in June and is thought by many to be a star in the making.

The scoring and style of golf should be to his liking this week and it would be no surprise to see him in the mix come Sunday afternoon. 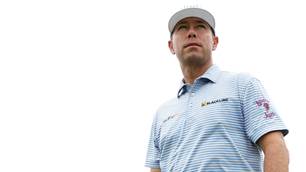