This year marks the 10th anniversary of one of the most unusual golf tournaments ever played.

The LPGA Founders Cup – now the Cognizant Founders Cup – was first contested in Arizona in 2011 with a $1million purse but no money paid to the players. Karrie Webb won that first edition of the tournament which was born as a way to recognise and celebrate the extraordinary effort and journey of the 13 founding members of the LPGA.

Instead of the purse being divvied up among those who made the cut, half was donated to the LPGA/USGA Girls Golf Club while the top 10 finishers nominated charities of their choice for the remaining $500,000 to be donated to.

For the rest of the field, money which would have otherwise been earned was still added ‘digitally’ to their totals for the season for the purpose of determining cards and status categories at year’s end. 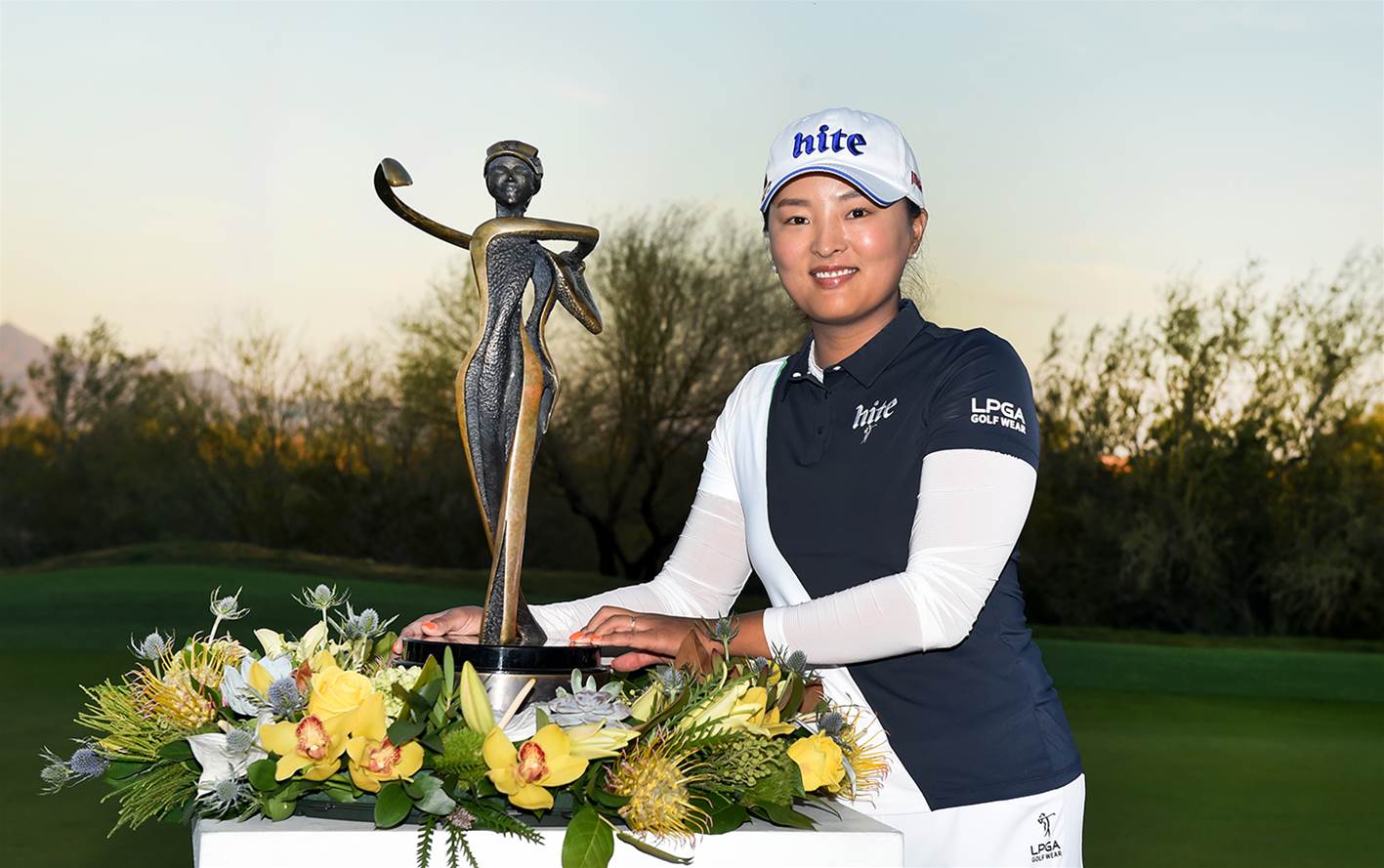 Jin Young Ko with the trophy in 2019. PHOTO: Getty Images.

Built in 1929 by one of the Golden Age’s best and most prolific architects, the course was restored in the late 1990’s by one of the modern game’s most faithful restorers.

Ron Pritchard is far from a household name but is perhaps one of the most highly respected architects in the business, He also specialises in bringing Ross’ gems back to life in a way that makes sense for the modern game.

This is the first year the tournament will be played outside Arizona and the Mountain Ridge club is a fitting host.

For the past two decades the club has been home to the Val Skinner Foundation LIFE event, a charity fundraiser which brings several LPGA players to the course and has raised more than $10 million.

The club has also hosted several prestigious local and state tournaments in its near 100-year history.

The green complexes are said to be the key to good scoring at Mountain Ridge with Ross designing some truly wild contours.

Like so many Golden Age courses, much of that had been lost over the decades but Pritchard’s restoration has given the course back its original character and has been met with glowing reviews.

Variety is the word most often associated with the course and many reviewers point to the collection of par-3s – and several ‘half-par holes’ as the highlights.

Likely too short for a PGA Tour event at just a tick over 6,400 metres, this week’s field should find it the ideal test.

PLAYERS TO WATCH: If the stars align this week golf fans could be in for a special treat with the World’s top two ranked players set to go head-to-head in New Jersey.

Ko was runner up last week at the Shoprite, T6 the week before in Arkansas and claimed her ninth LPGA Tour title a week earlier in Oregon. Between them Ko and Korda have won five times this year, Korda grabbing three titles (plus an Olympic gold) while Ko is a two-time winner.

The Mountain Ridge Country Club course will prove a fascinating test for the pair, both of whom have the ability to dominate yet with very different styles of play.

Top two aside a resurgent So Yeon Ryu was on display last week and should find this week’s venue to her liking while our own Su Oh has also been playing nicely in recent weeks.

Oh has broken 70 in six of her last nine rounds and her runner-up finish three weeks ago is a career best to date on the LPGA. Another Australian, Minjee Lee, returns from a brief visit to Korea where she lost a play-off at the Hana Financial Group event on the KLPGA.

It was Lee’s second consecutive runner-up finish and third top five in as many starts, the West Australian clearly in superb form and it would surprise nobody if she added a seventh LPGA title this week.