Having missed the cut in both tournaments since the PGA Tour restarted from a three-month suspension, Day will tee up at the Travelers event at TPC River Highlands – where five players have withdrawn due to coronavirus testing.

Of the five golfers who withdrew, only one, Cameron Champ, tested positive for COVID-19. 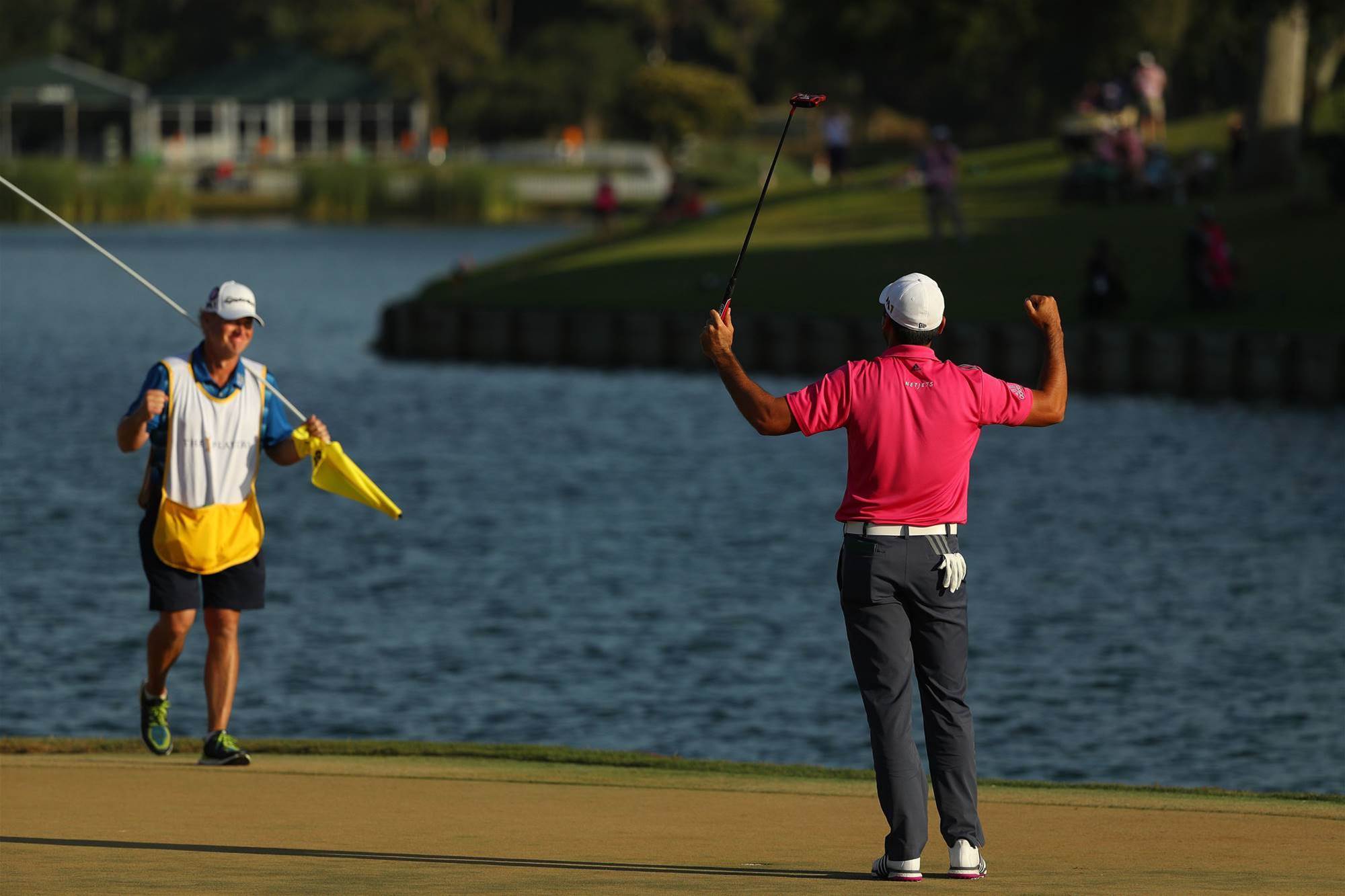 Swatton previously doubled as Day's coach, including during the Queenslander's reign as World No.1. PHOTO: Mike Ehrmann/Getty Images.

"Any time you learn of a positive test in your working environment it's alarming, but there are almost 1,000 people at a golf tournament so positive results are going to happen," Swatton told AAP from the US.

Day is one of eight Australians contesting the Travelers and is hoping to make the weekend at a US Tour event for the first time since his fourth place result at the Pebble Beach Pro-Am in February.

"Obviously, Jason wants to be the best player in the world again," Swatton said of Day, who has not featured in the world's top 10 since October 2018.

"Is it disappointing to be 56th in the world after being No.1? Absolutely.

"But it's more about focussing on the daily goals and developing some rhythm to the way he's playing. Then, the results will take care of the ranking."

Swatton said Day's team anticipated some poor results given the lead up to August's US PGA Championship – the first major of the year – included several tournaments Day typically avoided.

The Queenslander had not played the Charles Schwab Challenge at Colonial CC in Texas in nine years, while his last appearance at the RBC Heritage in South Carolina was 2016.

"Jason has been putting poorly and you combine that with playing a schedule that is forced, rather than strategic, and there's going to be some struggles," Swatton said.

"But he has been driving the ball well and his ball-striking has been good."

Swatton believes 32-year-old Day will kick-start a return to form at the Travelers, where he tied for eighth place last year.

"River Highlands is a good course for Jason and he has had some great results in the north east of the US, where the courses are tree lined and have small greens."

Day will be joined in the field by countrymen Marc Leishman (the 2012 winner) as well as Cameron Smith, Matt Jones, Cameron Davis, Cameron Percy, Greg Chalmers and Aaron Baddeley.