Andre Stolz has stormed home to win the South Coast Regional Open at Moruya by two shots with a final round six-under 65.

In a virtuoso performance, Stolz, a winner on the PGA Tour in his prime, literally rolled back the years as he rode a red-hot putter to a blistering back-nine of just 29, highlighted by an extraordinary run of four straight birdies from the 13th to the 16th holes.

Playing in a couple of groups in front, South Australian Anthony Choat, who came close here last year only to stumble late on the final day, made a move, and for a time, it looked like he was the man most likely to claim a breakthrough win. Austin Bautista, a former NSW Amateur Champion now plying his trade in the U.S., also attacked, eventually finishing at seven-under and safely in the clubhouse when it mattered.

Despite a slow start, Stolz soon became the man most likely. After bogies on the 2nd and 6th, the Legends Tour gun got on a roll with a pair of birdies on the 7th and 8th.

Then came that run home. 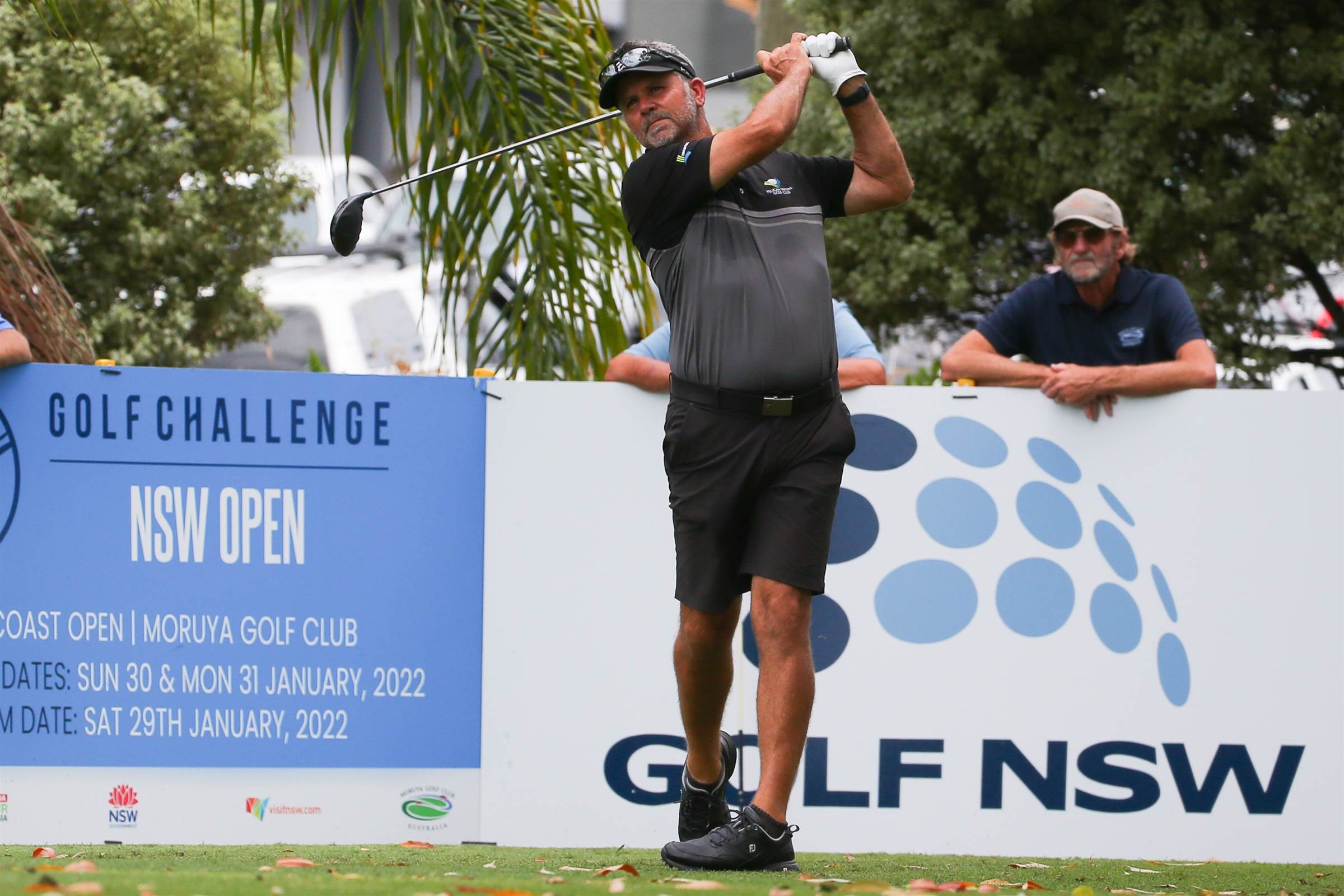 A birdie on 10 saw Stolz get to five-under before taking care of the stretch of holes the locals refer to as the Bermuda Triangle.

"I played amen corner or the Bermuda Triangle, whatever they call it yesterday and didn't capitalise on a couple of good shots.

"Today, you know, I birdied them all, it was great."

Striding the final fairway with the walk of a man in the zone, Stolz iced the cake with a kick-in birdie to get to ten-under, and with the chasing pack struggling, the tournament was over.

"I hit a lot of irons off those tees while the young guys were bombing it, but I'm a pretty good iron player, so If I’m hitting them alright it doesn't bother me.

"I can't physically hit some of the shots they do, so I don't even try anyway. I did out-drive them (playing partners Deyen Lawson and Neven Basic) down the last, so make a note of that," he grinned.

"I've got a brand new putter this week, too. I actually Googled where was the nearest Drummond store was to me in Sydney. Went in, picked a putter off the rack." - Andre Stolz.

Stolz has been impressive of late on the Legends Tour, recording a couple of handy wins against some worthy opponents; this week's win, however, was sparked by a missed cut at the recent Australian PGA Championship.

"I've been playing good, but playing on the old boys' Tour where the courses are a bit shorter and not set up as tough, and playing the PGA a couple of weeks ago, well ... I thought it had made me a bit soft, and I hadn't been out here enough playing with the young boys."

"I feel like I am hitting the ball as good as I ever have."

With the game coming into shape nicely, Stolz also admitted a change of putter had added another dimension to his growing confidence on-course.

"I've got a brand new putter this week, too. I actually Googled where was the nearest Drummond store was to me in Sydney.

"Went in, picked a putter off the rack, and Theo Corneo, a PGA pro who is working there, said to me, ‘Is that how you putt? Can I give you a lesson?’

"I said yeah, why not! We changed a few things, and they are now coming off alright."

"I like the feeling of optimism I have with this new putter, I feel like I am going to make it, something you feel confident with from the ten foot range, and that's all you want some days."

The win guarantees Stolz a place in the Golf Challenge NSW Open, which he remembered he hasn't played in several years.

"I did play one at Stonecutters, but didn't play for five years, so it was a long while ago." he smiled.