Tiger Woods has withdrawn from the PGA Championship after recording his worst ever score in the event as a successful battle to make the cut took a heavy toll at Southern Hills Country Club.

Having shot 79 he then openly wondered if would appear for the final day.

Tiger Woods has withdrawn after Round 3 from the 2022 PGA Championship. pic.twitter.com/I4TiYAgvoM

Woods had only made the cut with a shot to spare courtesy of playing the final seven holes of his second round in two under, a brilliant effort which still left the 15-time major winner 12 shots off the lead.

The 46-year-old had nevertheless talked up his chances of making a surge through the field, citing the 63 shot by Bubba Watson on Friday as the kind of score which was possible.

However, while Webb Simpson showed that might be true with a 65, Woods had to play his last four holes in one under par simply to break 80 after making five bogeys in succession in a major for the first time in his professional career.

After holing from 13 feet to save par on the 1st, Woods drove into the creek which bisects the 2nd hole and made a bogey five following a penalty drop, before finding more water on the par-three 6th. 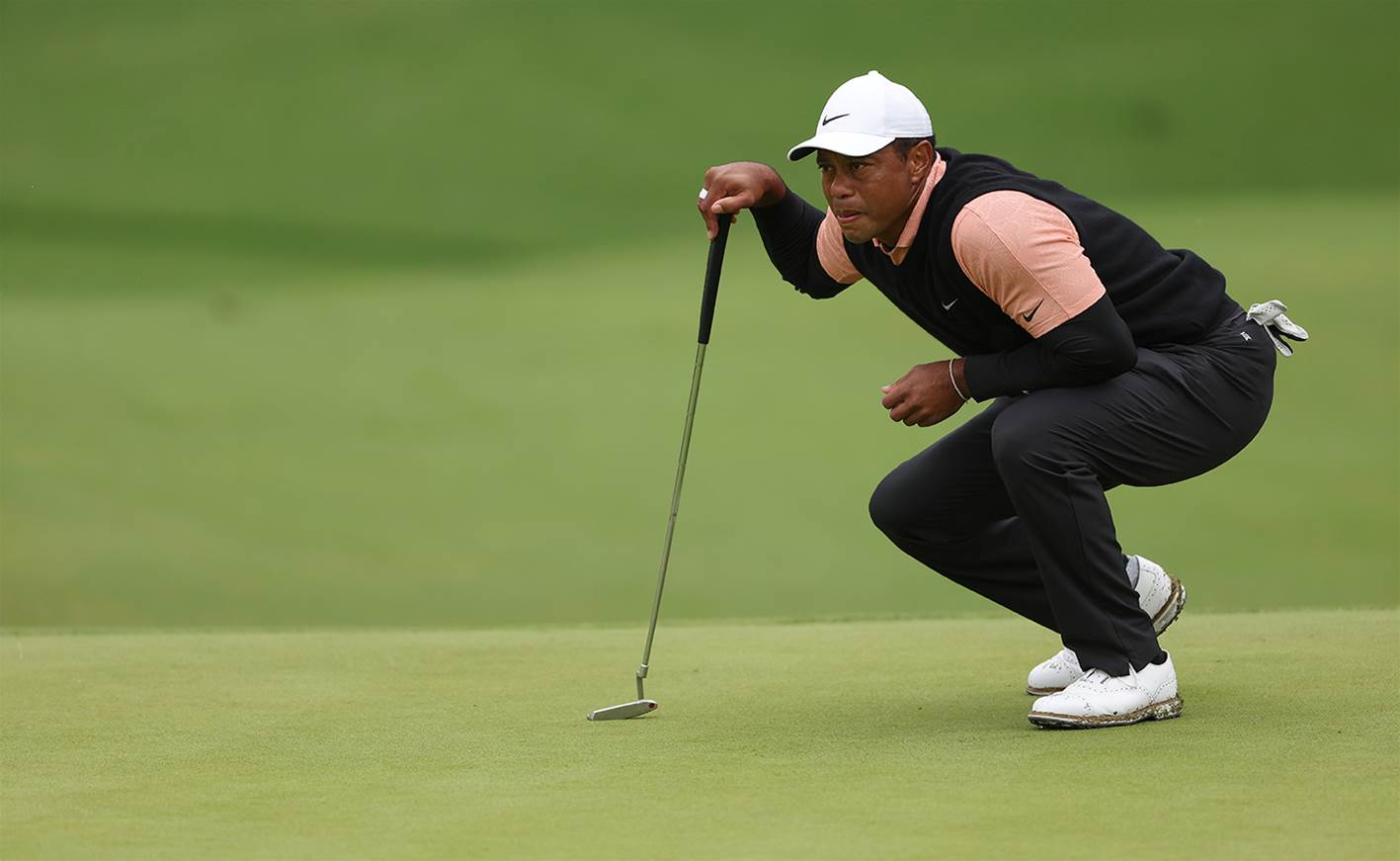 Woods can only half squat to read putts as a result of his injured right leg. PHOTO: Getty Images.

Woods then missed the green with his third shot from the drop zone on his way to a triple-bogey six and dropped another shot on the next to slide further down the leaderboard.

The chilly weather was doing Woods no favours due to his extensive history of injuries and bogeys at the 7th and 9th – where he thinned his second shot into the face of a bunker – completed a miserable front nine of 41.

Four more bogeys to start the back nine left Woods in danger of recording his worst score in any major, his unwanted mark of 81 set in terrible weather at the 2002 Open Championship at Muirfield. 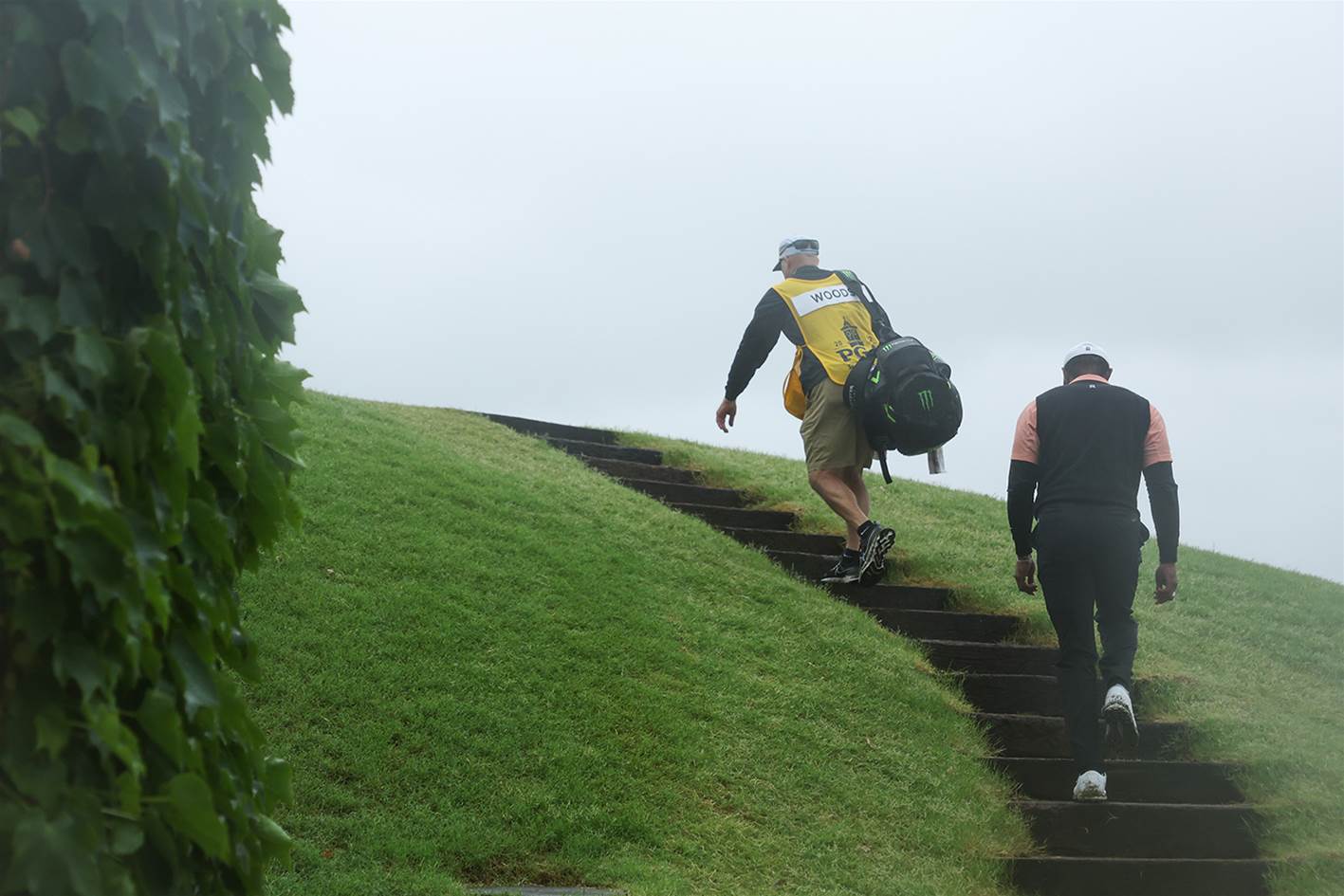 A despondent Tiger Woods makes a painful walk up stairs to a tee during his round. PHOTO: Getty Images.

Yet in typical fashion he refused to throw in the towel, holing from 35 feet for his first birdie of the day on the 15th and celebrating by sardonically holding one finger in the chilly air.

He then finished with three pars to card his worst US PGA score, eclipsing a 77 in the first round in 2011.

"I just didn't play well," Woods said. "I didn't hit the ball very well and got off to not the start I needed to get off to. I thought I hit a good tee shot down two and ended up in the water, and just never really got any kind of momentum on my side."

Asked if he would play Sunday's final round, Woods added: "Well, I'm sore. I know that is for a fact. We'll do some work and see how it goes."

It is understood he withdrew a short time later.

The former World No.1 has told reporters all week that his right leg – held together with rods, plates and screws – has been hurting after rounds and he has required therapy and ice baths to recover each day from walking the 7,556-yard course.