It was a big week for Brendan James with two winners and another top-10. Can he keep it going or will it be one of the other so-called experts’ week? JORDAN SPIETH returns having not played since his T3 at the Masters last month. He has the chance of winning a Texas double this week, having won the Texas Open in San Antonio … among five top-four finishes this season.

The fans will be right behind him and he’ll be cherry-ripe to win his first Byron Nelson.

MARC LEISHMAN has taken a spell since winning the Zurich Classic with great mate Cam Smith and will be a huge chance to claim another trophy this week in Texas.

Leishman was T5 at The Masters before winning with Smith and generally plays well in Texas, in no small part due to the fact that he is among the best wind players in world golf.

With the PGA next week look for the game's big names to be finding form in Texas and after a bizarre top 10 at the Wells Fargo BRYSON DECHAMBEAU could be the man at the Byron Nelson.

Flying home Friday thinking he’d missed the cut only to turn around and fly straight back when he made it on the number understandably made headlines but lost in the shuffle was the 68-68 weekend he then produced to finish T9.

In that form, the US Open champion is dangerous. ROBERT MACINTYRE’s last three starts have included two World Golf Championships and The Masters. This week he’s at The Belfry, which should present a slightly weaker field and a course that will certainly appeal to his eye.

He’s striking the ball well at the moment but will need to get the putter working early to position himself for a run at the title on Sunday afternoon.

I am thinking there has to be an Aussie winner in Europe soon, and it very well could be MIN WOO LEE this week at The Belfry.

The West Australian is extremely rested having last teed it up competitively in late February. That start was at the World Golf Championship event at The Concesscion where Lee ended a horror run of missed cuts and no pay check golf.

Forget Min’s early season form, more important for mine is his share of 11th at this venue last year where he appeared to become more comfortable with the course that suits his game perfectly as the week went on.

In a year of comeback stories it would be hard to imagine a better one than MARTIN KAYMER.

A two time major winner and one of the genuine good guys of the game, it’s been a difficult few years for the German. But here have been signs of life in recent times and following a third place finish last start in Austria he will have given some confidence heading to the British Masters in England.

Aided by good memories of his last start at The Belfry (T3 at the ISPS Handa UK Championship in August last year) perhaps this will be the week Kaymer steps back into the winner's circle.

So far our so-called experts have combined to tip 12 winners in 2021, with 70 of their picks recording top-10 finishes that week and a best return of $61 for Max Homa to win the Genesis Invitational (tipped by Rod Morri). 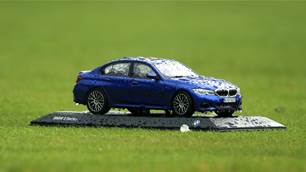 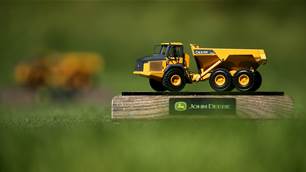