This week the 2020 golf calendar starts to ramp up, with the European Tour in South Africa, the Asian Tour in Hong Kong and the PGA Tour teeing it up in Hawaii for a second week. See who our so-called experts fancy. Plus, their best bets of the week. 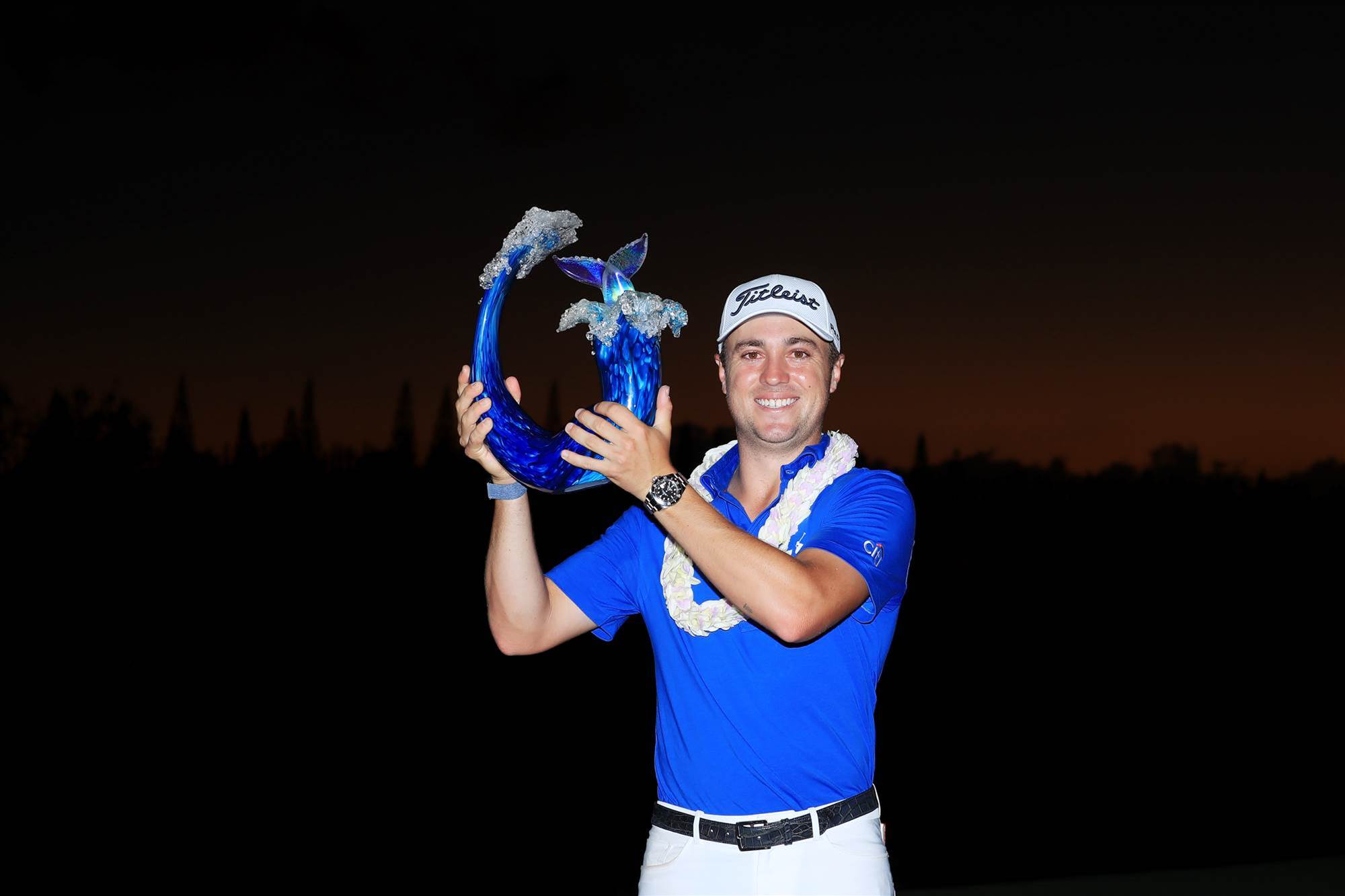 Can Justin Thomas do the Hawaiian double this week as the PGA Tour's first full field event of the year takes place on Oahu?. PHOTO: Sam Greenwood/Getty Images.

Brendan James – Golf Australia magazine editor: Hard to go past JUSTIN THOMAS going back-to-back in Hawaii. He’s obviously in good form and a past winner of this week’s event in 2017, when he set the 72-hole scoring record for the tournament and also joined the ‘59’ club in the first round.

Jimmy Emanuel – Golf Australia magazine deputy editor : I like the look of MARC LEISHMAN here this week. The Victorian won't have been overly happy with his efforts at home over the summer, but this layout suits his shot shaping capabilities down to the ground. Expecting big things from Leish this year.

Rod Morri – Golf Australia magazine contributor and The Thing About Golf podcast host: ZAC BLAIR. There are lots of better credentialed, longer hitting and higher ranked players in this field but Blair - rejuvenated after earning his card back to the main Tour with a win on the secondary circuit late last season - has previously played this event well. A T3 and T6 to go with a T57 in three appearances suggest he could be  part of the mix come Sunday. Defending champion Louis Oosthuizen is the pick for more than one of our so-called experts at home this week. PHOTO: Warren Little/Getty Images.

SOUTH AFRICAN OPEN PRESENTED BY THE CITY OF JOBURG

Brendan James – Golf Australia magazine editor: Teeing up for the first time since finishing T3 at the Alfred Dunhill Championship at the start of December, BRANDEN GRACE is fresh and only time will tell if he can carry that good form into his national Open. I’m confident he will.

Jimmy Emanuel – Golf Australia magazine deputy editor : I simply can't go past the defending champion LOUIS OOSTHUIZEN here. In his last start before the Presidents Cup, where he was fairly solid, the South African almost pinched the Stonehaven Cup and he clearly likes the Randpark layout.

Rod Morri – Golf Australia magazine contributor and The Thing About Golf podcast host: LOUIS OOSTHUIZEN is a class above the rest of this large field (240 professionals!) and that makes him the obvious choice, particularly after his effort at the Australian Open. However, Min Woo Lee also impressed last start at the Australian PGA and has a point to prove after narrowly missing his full European Tour card for the season courtesy of an administrative miscalculation. A win here and two year exemption would prove that point. 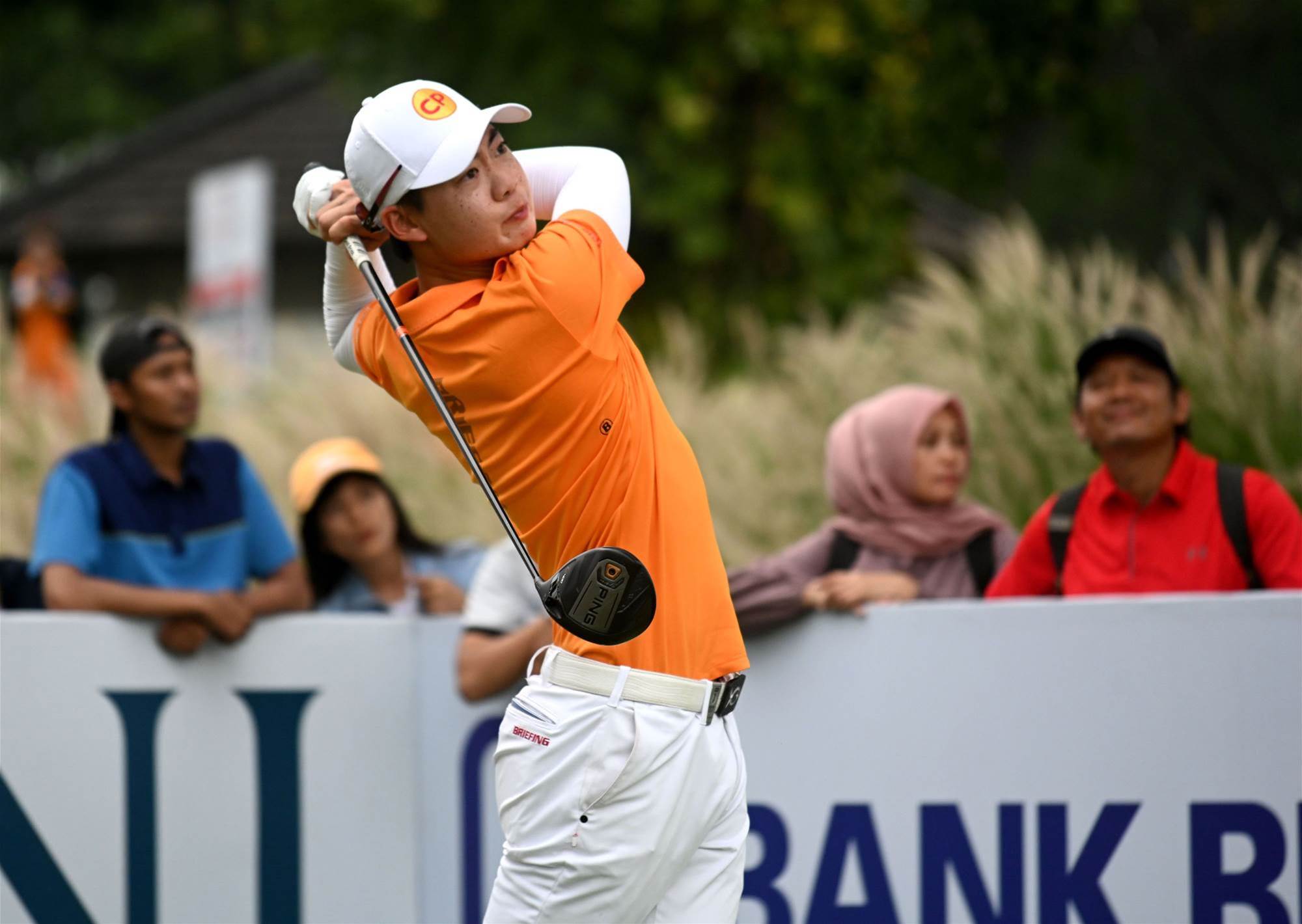 Jazz Janewattananond is the choice for one of our tipsters after his strong 2019. PHOTO: GOH CHAI HIN/AFP via Getty Images.

Brendan James – Golf Australia magazine editor: American TONY FINAU makes his debut appearance in the Hong Kong Open and will certainly be in the mix Sunday afternoon. With his length, the course shouldn’t present too many issues if he plays smart.

Jimmy Emanuel – Golf Australia magazine deputy editor : JAZZ JANEWATTANANOND will be too good for a slightly weakened field this week. Yes, there are some big names teeing it up in Hong Kong, but the Thai rising star was on fire in late 2019 on his way to the Order of Merit crown and will keep running hot as he gets his 2020 campaign underway.

Rod Morri – Golf Australia magazine contributor and The Thing About Golf podcast host: A weakened field because of the lack of European Tour co-sanctioning after a late date change means this event is pretty open, not to mention an excellent opportunity for some of the lesser known players in the field to shine. Tony Finau will attract most of the attention but I’m going with TRAVIS SMYTH who continues to improve incrementally as a player each year and comes into the week after a solid finish to 2019.

Jimmy Emanuel – Golf Australia magazine deputy editor : The odds aren't substantial but SUNGJAE IM to be the low South Korean at $1.57 feels like backing Winx in golf tournament form for me.

Rod Morri – Golf Australia magazine contributor and The Thing About Golf podcast host: SCOTT HEND will finish top-10 in Hong Kong. After the trauma of playing the comp at Brookwater off plus 7 last week, tournament golf will feel like a doddle!