There is plenty of action around the world of golf this week. See who our experts are tipping and their best bet of the week across the Emirates Australian Open, Hero World Challenge and AFRASIA BANK Mauritius Open. 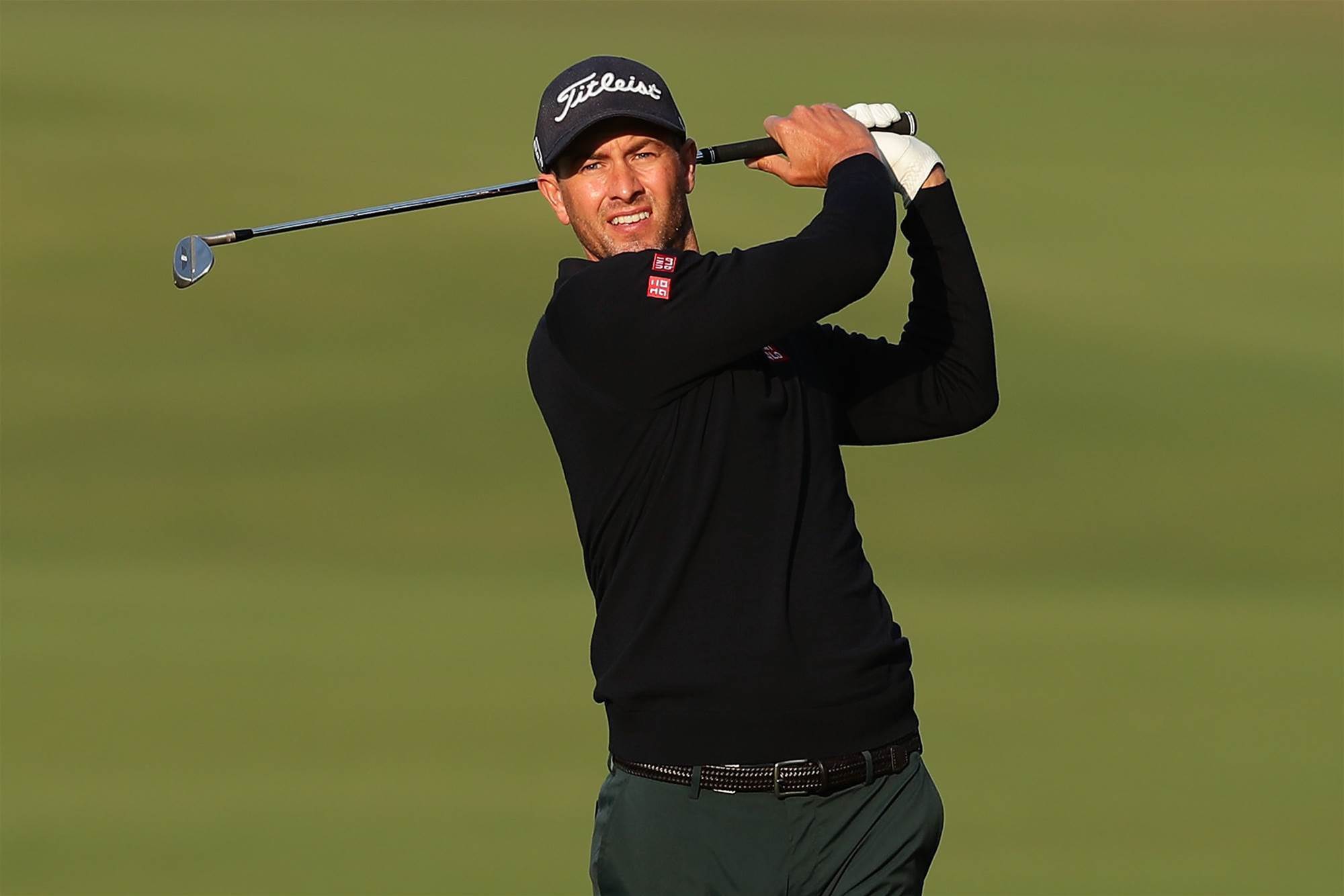 Adam Scott is one of the hot tips at The Australian this week. PHOTO: Matt King/Getty Images.

Brendan James – Golf Australia magazine editor: In a week where he was made an honorary member of The Australian Golf Club, ADAM SCOTT, will make a triumphant return to the national championship, claiming his second Stonehaven Cup a decade after the first. Watched him in practice at the course on Tuesday and his ball-striking was superb, while his work around the greens was also very impressive.

Jimmy Emanuel – Golf Australia magazine deputy editor : LOUIS OOSTHUIZEN hasn’t missed the top-20 in his last three starts and has a game to match The Aussie perfectly. The South African will find plenty of fairways and greens this week and it is only a matter of if the putts drop as to whether he follows in Gary Player’s footsteps.

Michael Jones – Golf Australia magazine writer: MARC LEISHMAN has been back on home soil for the past two weeks (even managing to mow the lawn at the MCG) and sounds pumped for the Australian summer. I’m tempted to tip him wire-to-wire ... But I reckon his good mate Adam Scott will push him right to the end in an exciting Sunday pairing.

Rod Morri – Golf Australia magazine contributor and The Thing About Golf podcast host: ADAM SCOTT. The dual motivation of a closing career window and the burning desire to be part of at least one wining Presidents Cup team (this may be his last and he knows it) will have him extremely determined and focussed at The Australian. 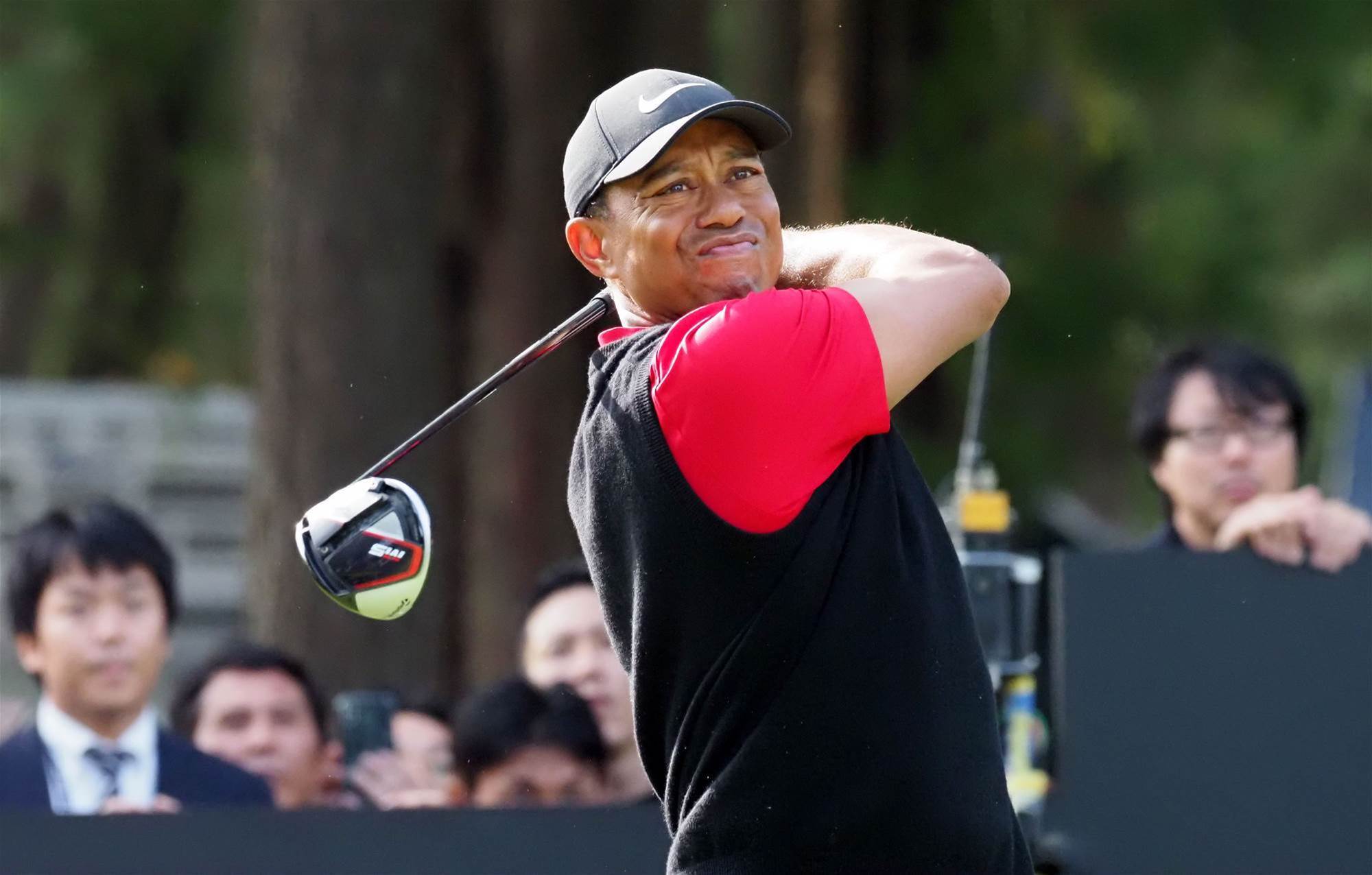 Tournament host Tiger Woods is a big chance to walk away with the trophy according to our experts. PHOTO: TOSHIFUMI KITAMURA/AFP via Getty Images

Brendan James – Golf Australia magazine editor: Luckily TIGER WOODS will be flying privately from the Bahamas to Melbourne for the Presidents Cup because he will be sporting extra baggage in the form of a big-arse Tiger-trophy. His last start victory in Japan was impressive and with a field saturated with Cup team-mates not wanting to get the Captain offside by beating hime, it will be Tiger time in his own event.

Jimmy Emanuel – Golf Australia magazine deputy editor : I am tipping JORDAN SPIETH to remind everyone of his ability and make Tiger think twice about leaving him off the plane headed to Royal Melbourne for the Presidents Cup.

Rod Morri – Golf Australia magazine contributor and The Thing About Golf podcast host: TONY FINAU hasn’t been at his best in recent weeks but as an unashamed Tiger fan - and still buzzing after receiving a Captain’s pick for the Presidents Cup - he will be keen to impress. Brendan James – Golf Australia magazine editor: South Africa's ZANDER LOMBARD is 20 under for his past eight tournament rounds, and finished 8th in his last start at the Nedbank Challenge against a much stronger field than he will find in Mauritius.

Jimmy Emanuel – Golf Australia magazine deputy editor : NICOLAS COLSAERTS has found form again, and with his win in France in his recent memory, he will make it two wins for 2019 this week.

Michael Jones – Golf Australia magazine writer: He may break some clubs along the way, but THOMAS PIETERS will be right in contention this week and I think he will bag his fifth career European Tour title. The Belgian is playing solid golf and shared sixth place in Dubai two weeks ago.

Rod Morri – Golf Australia magazine contributor and The Thing About Golf podcast host: THOMAS PIETERS is the standout player in the field and quintessential modern power golfer. He was a winner in August and hasn’t missed a cut since the Irish Open in July so his form is good. He’s the obvious pick for a reason.

Jimmy Emanuel – Golf Australia magazine deputy editor : Adam Scott and Jason Scrivener both have some decent recent form and are pefectly suited at The Australian. Both to finish in the top-10 at the Australian Open at $5 seems a pretty decent number to me.

Michael Jones – Golf Australia magazine writer: Queenslander Maverick Antcliff is an 80/1 shot at the Aussie Open this week, despite bagging three victories in China this year. I reckon he’s a good e/w shot. He’s also $7.5 to finish inside the top 10.

Rod Morri – Golf Australia magazine contributor and The Thing About Golf podcast host: After following Travis Smyth last week at the NSW Open he is terrific value at $31 to finish in the top-5 in Mauritius.