Cameron Smith is relishing a Sunday shootout with world No.1 Scottie Scheffler after setting himself up for a shot at Masters glory with a supreme third round at Augusta National.

Wearing hand warmers to combat the cold, Smith fired the day's low round, a steely four-under par 68, to slash Scheffler's half-way lead to three shots and secure an all-important place alongside the American in Sunday's final group.

Scheffler's 71 -- including a dramatic bogey on the last after finding the trees off the tee and needing to take an unplayable penalty stroke -- left the 25-year-old Texan at nine under for the tournament.

Smith at six under and Korean Sungjae Im (71) at four under appear the only two challengers within striking distance. 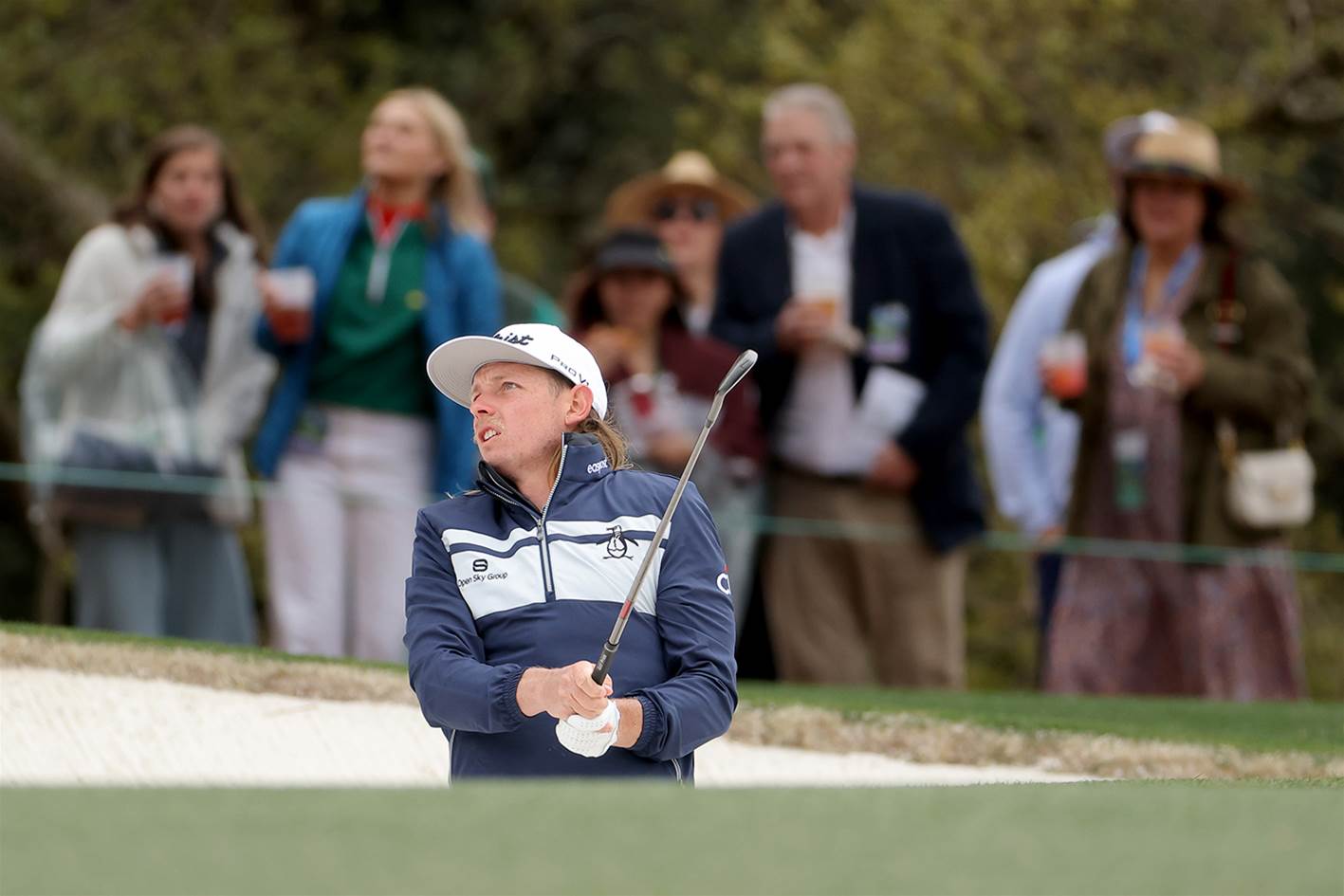 American Justin Thomas and Canadian Corey Conners are the only other players in red numbers at one under after even-par rounds of 72.

Twenty six of the past 31 champions at Augusta have played in the final pairing down the stretch, setting the scene for an enthralling duel between Scheffler, the WGC Match Play winner last month, and Smith, the newly-crowned Players champion.

Coming off spectacular starts to 2022, both players will carry scintillating form, unshakeable belief and confidence into the final round.

Scheffler hadn't won on the PGA Tour until 56 days ago.

But now he's a round away from becoming golf's most dominant player since Jason Day claimed four of six events, including the PGA Championship, to become world No.1 in 2015.

After taking down then-No.1 Jon Rahm to win the Tournament of Champions at Kapalua with a record score in January, Smith now has the chance to join Tiger Woods as the only man to ever complete The Players Championship-Masters double.

"It just means I can get it done I guess when I'm up against the best guys in the world," he said.

"It's a good feeling to have. It's earned. It's not given to you.

"So I'm going to have to go out there tomorrow and play really good golf again, probably similar to today.

"Hopefully everything just falls into place. I can't control what anyone else is going to do tomorrow."

Rebounding from a disappointing second-round 74, Smith was the only player on Saturday to break 70. 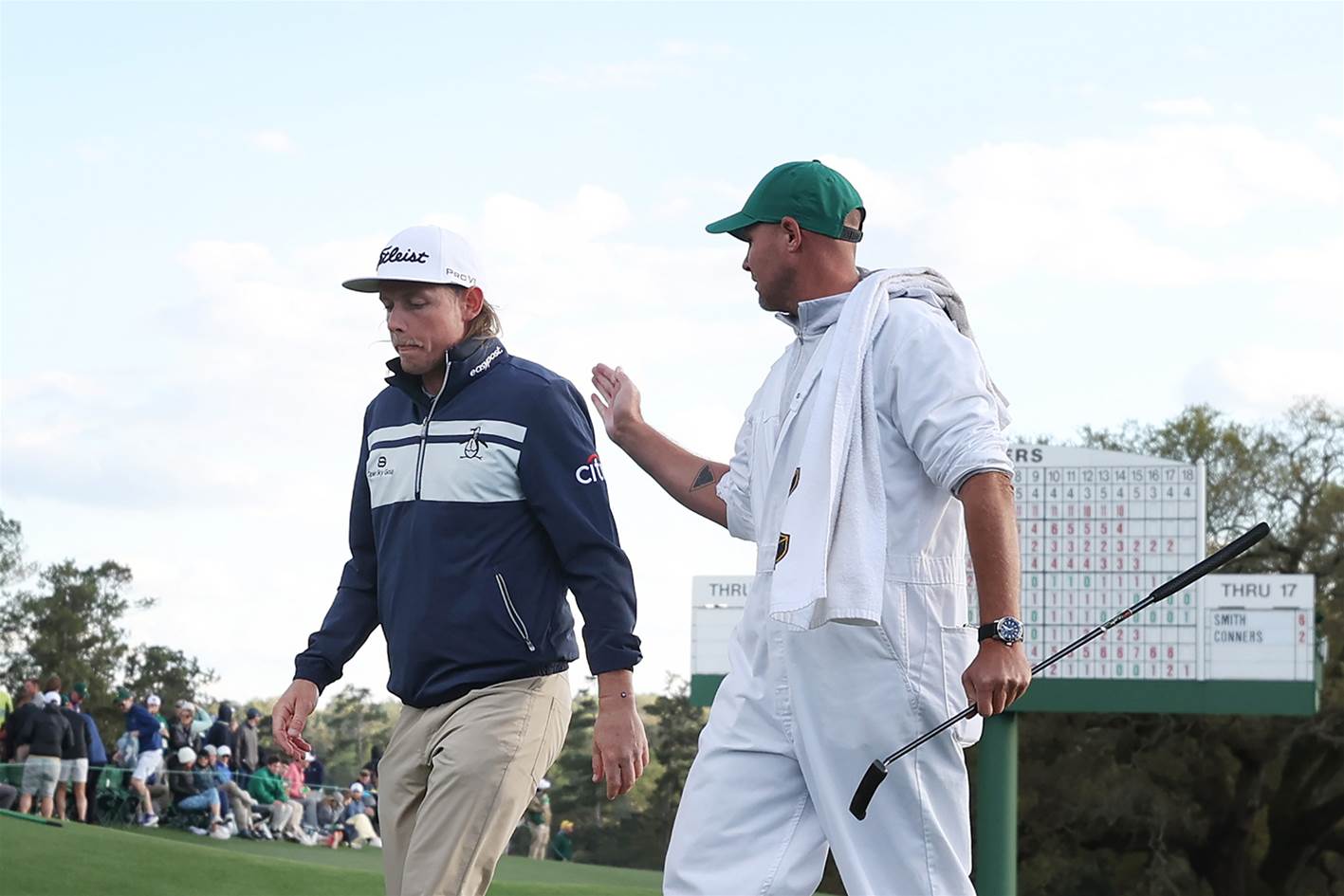 Caddie Sam Pinfold gives smith a pat on the back for a job well done. PHOTO: Getty Images.

But even after reaching the turn in five under after four front-nine birdies, the 28-year-old still trailed Scheffler by six shots.

He cut the deficit to three with further birdies on 10, 13 and 15, only to make bogey on the par-3 16th after his tee shot ballooned into finding bunker and he was unable to get up and down.

Scheffler, though, made successive bogeys on 14, 15 and then 18 to open the door for Smith to join 2013 winner Adam Scott as only the second Australian in 86 Masters to claim a famous green jacket. 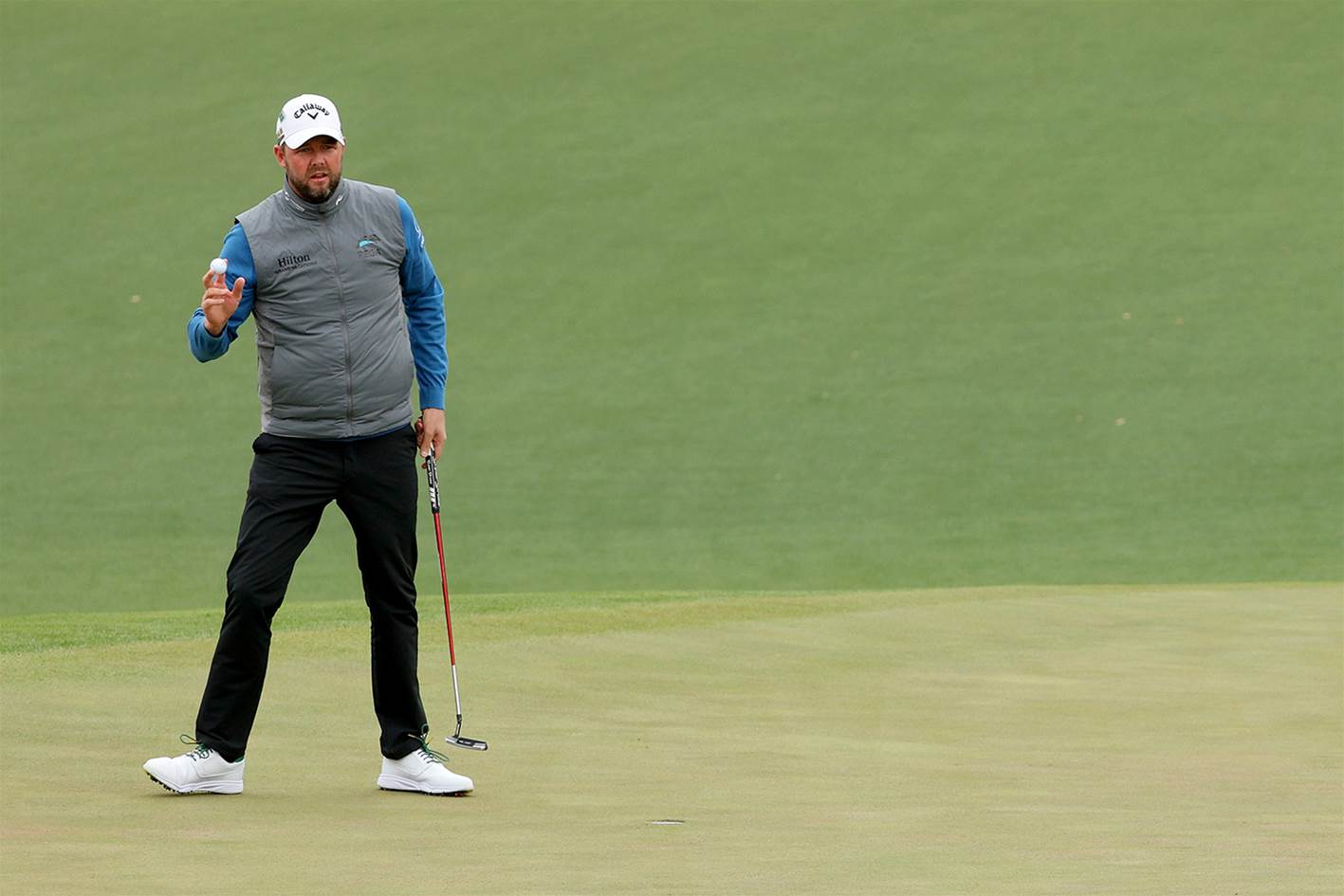 Marc Leishman also shot a sub par score in round three to move up the leaderboard. PHOTO: Getty Images.

The 28-year-old has dreamed of this moment all his life.

"I've been watching this tournament since I can remember. Hopefully everyone gets up early and I can make some birdies," the Queenslander said of his date with destiny.

Smith's countryman and Tokyo Olympics teammate Marc Leishman was among only nine players to also shoot sub-par on Saturday.

A one-under 71 propelled Leishman into a share of 18th spot at three over.

Min Woo Lee is one stroke further back after an even-par 72 in equal 26th on debut. 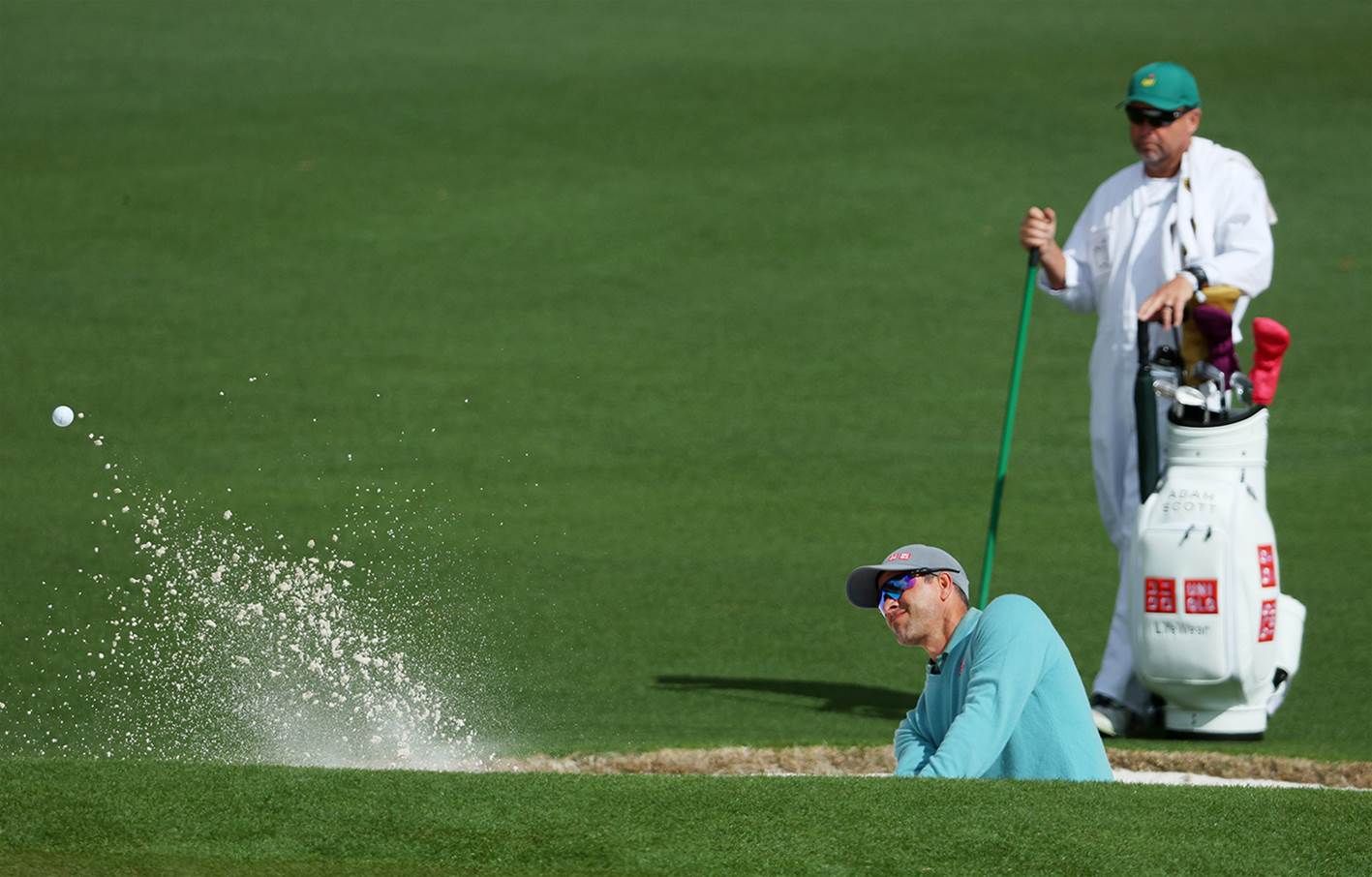 Fellow Masters rookie Cam Davis slumped to 11 over after a 79, while Scott's horror 80 -- his worst score in 70 rounds at Augusta since 2004 -- left the former champion at 12 over and last among the 52 players who made the half-way cut.