Skarpnord, who launched herself into calculations with a front-nine 30 yesterday, made an early stumble with a bogey at the opening hole but went to the turn one-under after recovering with back-to-back birdies at the 7th and 8th.

As many as six players shared the lead at one point during the day as the tricky breezes continued to make scoring difficult at the Bonville layout.

“It’s nice to finally get some good scoring and be able to do it under pressure,” Skarpnord said in the aftermath of the trophy presentation.

“That’s what I’ve felt in the last few years that when the pressure has been on I’ve failed and that was in the back of my mind today.

Skarpnord started the day one behind overnight leader Madelene Sagstrom but finished two in front of Green and Iturrios.

For Green, who is yet to win a professional title on home soil, it was another frustrating close call after a third-place finish in the 2018 Women’s Australian Open and top 10 here last year.

“Very disappointed with how I hit the ball the first nine after a really good tee shot on the first,” she said of what was ultimately a one-under 71.

“I had three or four shots that were very bad contact, and they were costly. But I can’t complain about the result and this year I had a genuine chance to win so hopefully my time will come.” 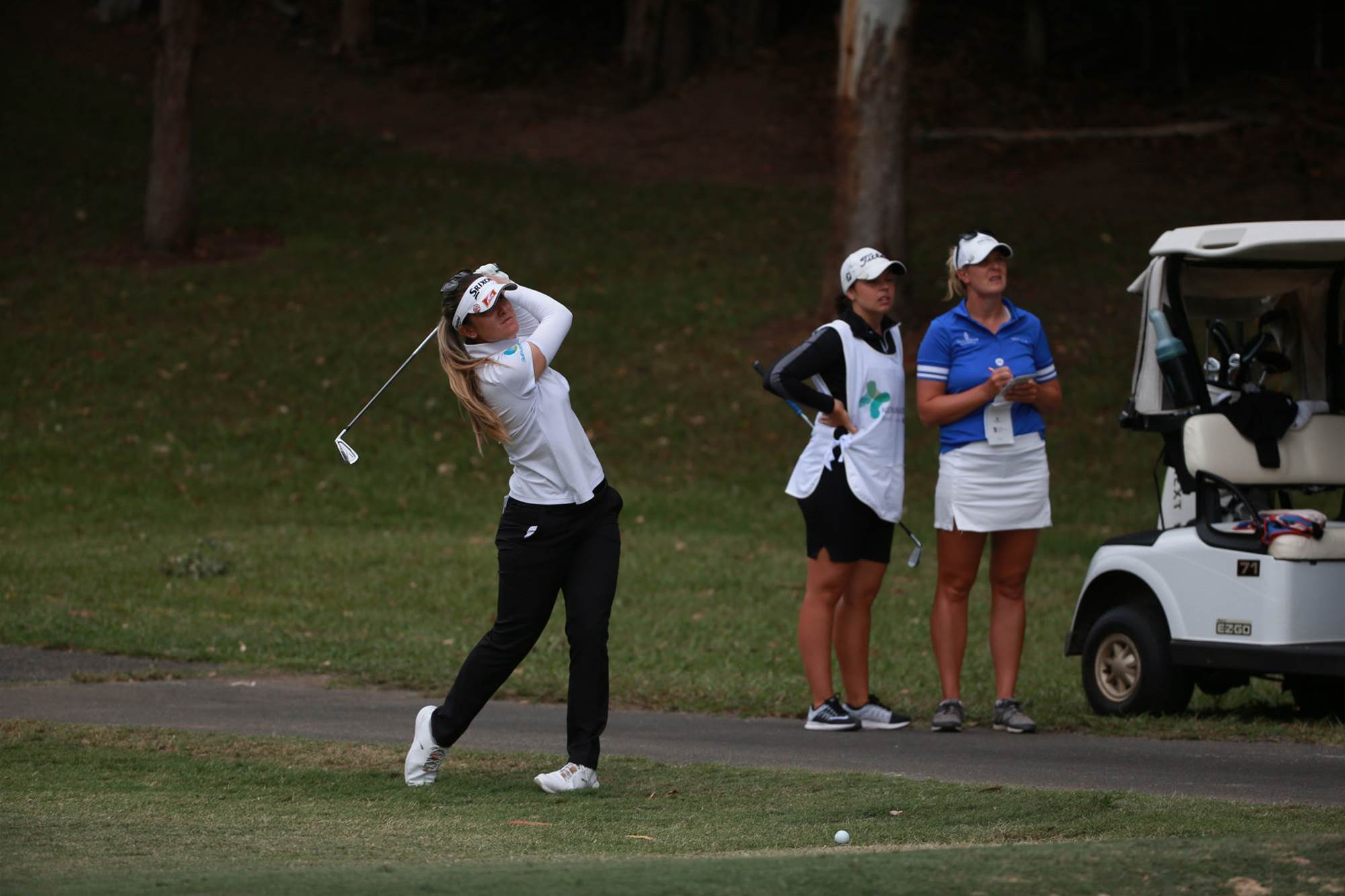 Also pleased with her high finish was Iturrios, who bolted to the 36-hole lead with a Friday 67.

While that four-shot buffer evaporated Saturday, the exciting Spaniard continued her bold strategy in the final round and said she would take a lot of confidence from the week.

“I love Australia, and I was so happy with my game this week,” she said.

“This year I am playing in America, and I’m very excited for the season.”

For Sagstrom, whose overnight lead disappeared with a double bogey at the 3rd hole, it was a day of what might have been.

She said she felt mental errors had been costly but that she would take the positives from a mostly good week.

“I made some big, bad decisions that I couldn’t recover from,” she said of her three-over 75.

“I was a little greedy at some points and too defensive in others. You learn a lot when you’re in this position.”

Skarpnord picks up a cheque for $52,500 for the win and is now atop the Ladies European Tour Order of Merit.