Jason Scrivener is just two shots off leaders Renato Paratore and Shaun Norris after carding an error free 66 in his opening round at the Abu Dhabi HSBC Championship.

Italian Paratore and South Africa's Norris both shot eight-under 64s to share the lead, while recovering World No.1 Brooks Koepka was tied with Western Australia's Scrivener in third on his return from a knee injury and surgery.

The 23-year-old Paratore, chasing his second title on the European Tour, sank nine birdies with gains in the final four holes before Norris too finished the round strongly.

"The last four holes I holed some good putts on 18 and 17 so I'm pretty happy with the short game." 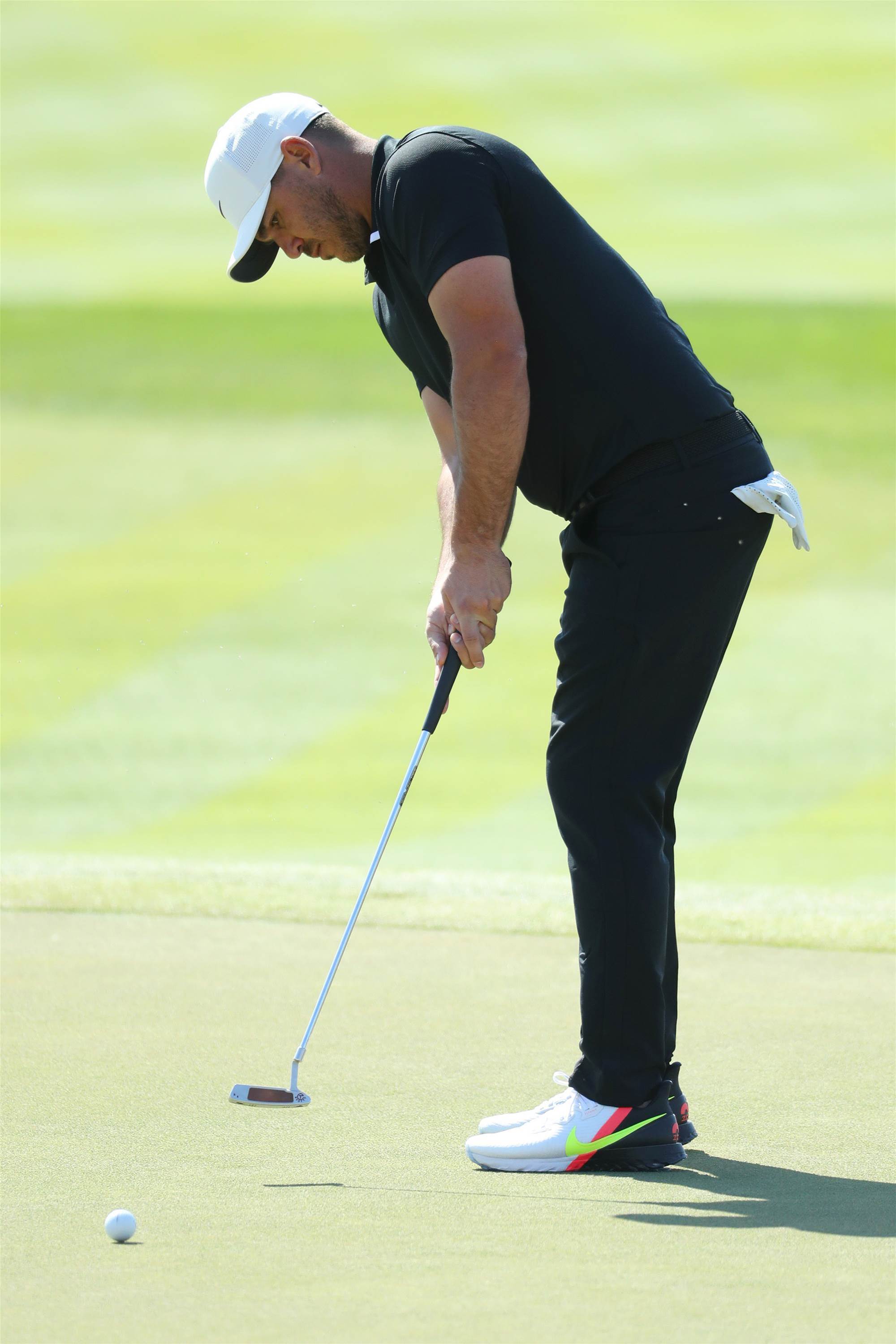 Norris, who lost his father in July, said he was enjoying his golf again with his brother carrying his bags.

"It's been a rough year last year after losing my father ... it feels like everything is just working at the moment," Norris said.

"We're having a lot of fun out there, that's the main thing, I'm happy with what's happening."

RIGHT: Kopeka recorded an opening round 66 in his first start back since knee surgery. PHOTO: Warren Little/Getty Images.

Four-time major champion Koepka, who has not played since slipping on concrete in the PGA Tour's C.J. Cup in South Korea in October and injuring his left knee, shot a bogey-free 66 to sit alongside Scrivener.

"It's good to be back. I've missed the competition.

"I think the first day I picked up the club ... I felt like I hadn't left. I've done it for years and years. You don't forget how to swing the golf club.

"It (knee) feels fine. It was a little sore last night, just did some treatment on it, that's expected. This is a first week I've walked 18 holes and I've done it three times already. It's a little tired."

Australian Murray Zach and Spaniards Rafa Cabrera Bello and Sergio Garcia were in a group of players tied for fifth.

Scott Hend and Lucas Herbert were both three-under in a big group tied for 18th and fellow Australian Wade Ormsby was two shots back.