Robert C. Lewis Jr, a veteran of six Walker Cup Matches who is renowned for his sportsmanship and integrity, has been named the recipient of the 2021 Bob Jones Award, the United States Golf Association’s highest honour.

Presented annually since 1955, the Bob Jones Award recognises an individual who demonstrates the personal character and respect for the game exhibited by Jones, the winner of nine USGA championships whose integrity and spirit are considered the gold standard in golf. Past recipients of the distinguished award include Arnold Palmer, Jack Nicklaus, Mickey Wright, Nancy Lopez, President George H.W. Bush and Se Ri Pak.

The award recognizes Lewis’ enduring sportsmanship, which has endeared him to teammates and opponents alike during a competitive career that spanned more than four decades. The native of Warren, Ohio, has demonstrated an appreciation for the spirit of the game by showing grace in both victory and defeat and has been unwavering in his personal accountability on and off the course.

“I am so deeply humbled to receive this award,” Lewis said. “To be included among such a special group of influential figures in the game who I love and respect moves me beyond words.The USGA has played such an important role in my life. Many of my fondest memories in amateur golf come from representing our country as both a player and captain of the USA Walker Cup Team. Bob Jones was the ultimate amateur and I am truly honored to be included in his company.”

Lewis’ character is exemplified through service in his local community, where he has volunteered as the head golf coach at Gilmour Academy in Gates Mills, Ohio. There he instilled the virtues of integrity, etiquette and respect, and emphasized the need for student-athletes to be well-rounded. Lewis served as an important role model who was tireless in his behind-the-scenes efforts to build long-term financial support for the program.

Additionally, Lewis sat on the board of the Northeastern Ohio chapter of Boys Hope Girls Hope, a program that provides at-risk youths with support to develop into successful adults. He also played a leading role in establishing the “Values and Visions” education endowment in support of Catholic education in his home county, which has provided more than US$2 million to support local education opportunities.

“Bob Lewis’ lifetime commitment to golf’s greatest ideals perfectly mirrors what the Bob Jones Award represents in our game,” said Mike Davis, CEO of the USGA. “The level of respect he earns from everyone he comes in contact with provides a remarkable and aspiring example of the best that golf has to offer. The Walker Cup Match is the embodiment of sportsmanship in the game, and Bob Lewis is a quintessential Walker Cupper, both as player and captain.”

USGA President Stu Francis added: “Bob represents all that is best about competitive amateur golf and his outstanding contributions to the game serve as a model we all strive to emulate. His positive impact and his legacy among golf’s greatest figures will appropriately live on through this award.”

A highly successful player, Lewis compiled a 10-4 individual record as a member of victorious USA Walker Cup teams in 1981, 1983, 1985 and 1987, before serving as Walker Cup captain in 2003 and 2005. Lewis also represented the United States in two World Amateur Team Championships (1982, 1986), including a victory in 1982. He played in 31 USGA championships, highlighted by three runner-up finishes: in the 1980 US Amateur and the 1981 and 1984 US Mid-Amateurs. He also competed in three US Opens and seven Masters Tournaments, earning low-amateur honors in the 1987 Masters.

Lewis spent four years on the PGA Tour in the early 1970s before regaining his amateur status and turning his focus to a business career at Welded Tubes, Inc., a steel tubing manufacturing company founded by his father in 1958, where he eventually rose to president and chief executive officer. He graduated from Rollins College in 1967 and earned his MBA from the Crummer Graduate School of Business at Rollins in 1969. Lewis, 76, and his wife, Patricia, have two children, daughter Tiffany and son Tristan.

Lewis will be honored during the 48th Walker Cup Match in May at Seminole Golf Club in Juno Beach, Fla. It is the event that Jones himself considered emblematic of the way golf should be played. 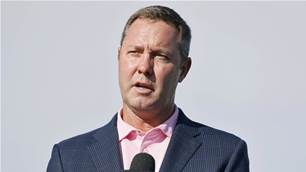 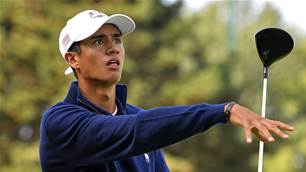