It’s a pristine, sunny afternoon at Bonville Golf Club and the mood is cheery.

The clubhouse is hospitable; barbecues emit that “just try not to eat two tonnes off me” aroma; and after Covid and floods (both still ongoing, for the record), people seem excited just to savour the moment.

It’s no surprise that Meghan MacLaren has a broad smile.

The Englishwoman, still just 27, sits down to chat after playing a key role in winning the Australian Women's Classic pro-am for her team.

But it’s more than that.

MacLaren, on the other side of the globe from her wintry Northamptonshire base, is back in one of her happy places.

Sure, she’s twice won the Women’s New South Wales Open, once just up the road at Coffs Harbour.

But again, it’s more than that. MacLaren played well last week in Thailand and is one to watch this week at Bonville. PHOTO: Orange Pictures/BSR Agency/Getty Images.

She’s back among her Ladies European Tour colleagues; she’s back in a country that resonates well with her agile mind; and, most importantly, there’s light at the end of the golfing tunnel for this self-confessed “massive golfing nerd”.

“I always feel comfortable in Australia. It’s probably been obvious over the years (that) there’s just something here that brings out the best in me,” she beamed.

“It’s somewhere I really enjoy playing golf and spending time and it’s a bonus that I get to compete in golf tournaments as well.

“And yeah, I think ‘happy me’ means better golf, so I don’t think it’s a coincidence.”

Last year was far from a waste of time for a woman regarded by those engaged in golf’s global “social” conversation as being one of the clearer thinkers and best spokespeople in the sport.

She plugged away with varying degrees of success on the LPGA’s feeder Symetra (now Epson) Tour, including a victory in Ohio at the Prasco Charity Championship.

But when she contemplated another stint in the United States this year, MacLaren knew something had to change.

“Last year I did what was best for me last year, but that’s not necessarily the same this year,” she said.

“I realised pretty quickly that being over there this year that I wasn’t going to help me get what I wanted out of it.

“I’m at a point in my career where I know what I need to get better, which environment that requires and which people to bounce off – and I didn’t feel like I had that in America.

“I find it’s easy to get sucked into a ‘golf is work’ mindset, especially playing on feeder Tours and that’s never been how I’ve viewed golf.

“I love golf and it’s all encompassing for me. So I feel better recreating that environment for myself.

“I find it’s easy to get sucked into a ‘golf is work’ mindset, especially playing on feeder Tours and that’s never been how I’ve viewed golf." - Meg MacLaren.

“It’s more like just being consumed by the process of getting better. I feel in America I get focused on what I’m shooting and if I’m making cuts and what I need to do to do well in tournaments, rather than just enjoying that process of knowing I’m better now than I was two weeks ago or if I can see improvements in different areas.”

So, while golf fans in northern New South Wales are the immediate beneficiaries of her presence as one of the genuine Australian Women’s Classic contenders at Bonville, it no doubt brings a smile to the thousands of fans she has around Australia courtesy of her cutting-edge blogs and multiple podcast appearances.

Her ability to meaningfully and analytically discuss golf’s big issues is refreshing – and she’s not afraid to take on big-ticket items, even to the point of being blacklisted by Phil Mickelson for their opposing views on Saudi Arabia’s involvement in global golf.

MacLaren almost blushes when told her audience is vast and hungry for more.

“Sometimes it feels weird, especially when it comes to social media, because you’re never sure how much it reflects reality,” she said modestly. 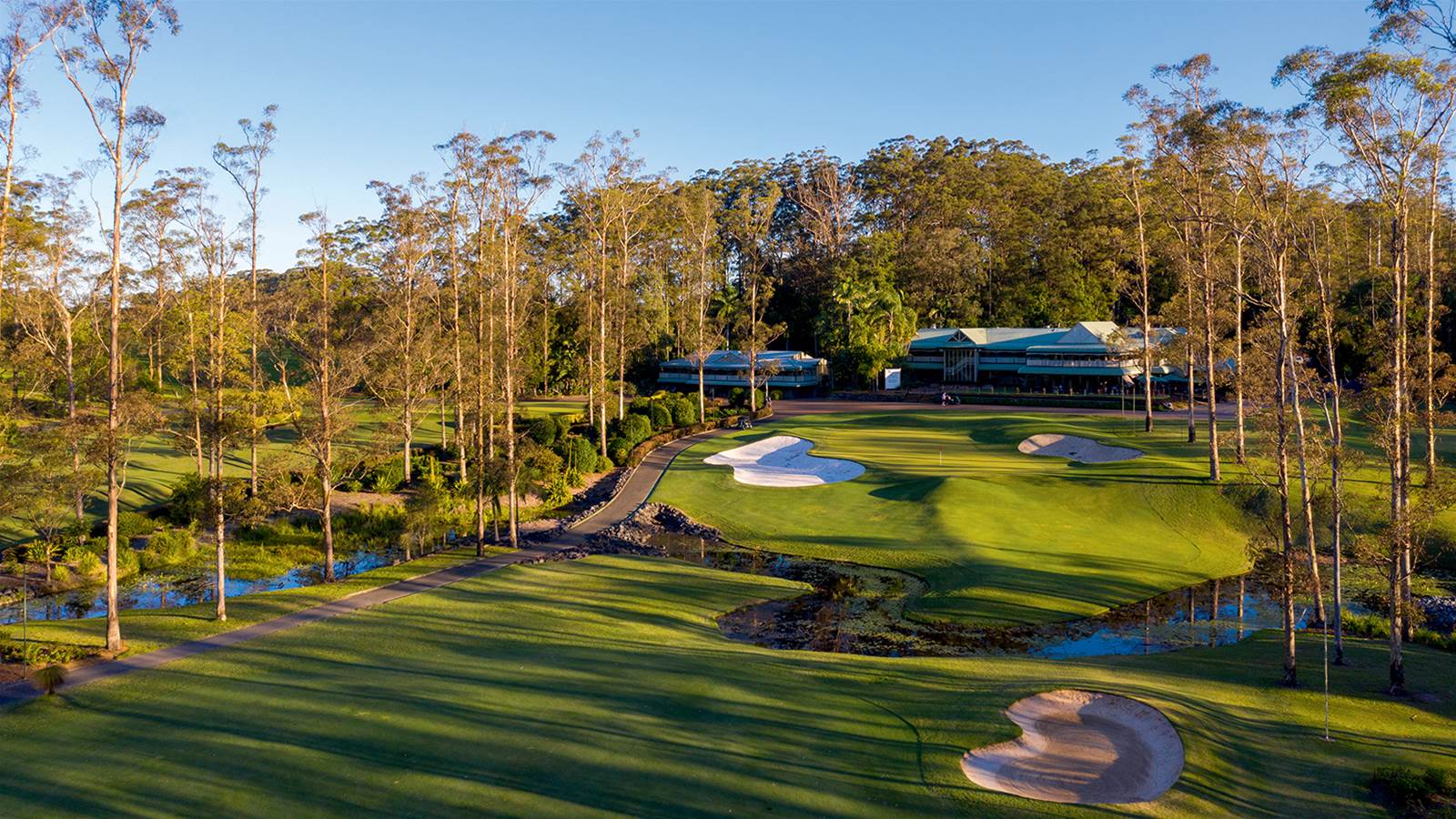 It's hard not to smile when at Bonville, host this week to the WPGA and Ladies European Tours. PHOTO: Brendan James.

“You might be talking to a lot of people, but you don’t know if that’s having a true impact on anything.

“But it always amazes me when people I don’t know stop me after seeing something I’ve written on my blog or a Twitter post and that’s when it kind of hits me.

“You don’t always know who might take something from what I’ve said, so it does mean a lot to me when I get that feedback and encourages me to put stuff out every now and then.

“It sometimes gets a bit surreal. I remember on my phone ‘screen-shotting’ that Julie Inkster and Karrie Webb had both commented on something I’d written and I was like,’Oh my God, this is so cool’.

“I would rather be known for who I am and what I believe in, but at the same time, I’m also a professional golfer and that’s my passion, first and foremost.”

Asked the impossible question about whether she’d prefer to win two majors or be responsible for leading millions of young into the sport, MacLaren’s answer was typically thoughtful.

“You’re putting me in a tough spot,” she said with a giggle.

“Selfishly, I would likely say two majors, but I’d like to think that if I won two majors, I could then do the other part of what you’re asking.

“Part of what I’ve always believed really strongly about is that you don’t have to do specifically one thing or another.

“You can be everything you want to be; all parts of yourself without having to ignore something that interests you.

“You don’t have to put something on hold to achieve something else. I like being able to show you can be honest and vulnerable and (have a voice), if that’s what you want to do, while still achieving your potential.

“I find it funny when people portray me as being opinionated. I don’t think I am, I think a lot of what I say or write is fairly neutral, but I’m willing to talk about it and publicise it and that’s where you can have some reach because not many sportspeople are willing to acknowledge what realities might be because they’re so focused on their sport and position within it.

“It’s not something I think about when I go on podcasts. I’m a massive golf nerd, I just love talking about golf. People who do interviews and podcasts with me always have to trim it down because I just go on.

“But if that connects with other people who love golf, I don’t feel like I’m trying to do anything out of my way, it’s just what I love about this sport.

“You can connect so many people of different abilities and cultures, so if I get the opportunity to be in that sphere, I’d like to take it.

“I’d love to win majors and be among the best players in the world, but a lot of people out here think that.

“But I believe in myself and the longer I’m out here, the more I’m backing myself to achieve what I think I can.