International team captain Ernie Els has urged the Australian public to get behind his men at the Presidents Cup this December as they attempt to defeat an “unbelievably talented” American side.

Speaking during a teleconference on Wednesday morning, Els was quick to acknowledge the strength of the United States team, whose eight qualifiers are each ranked inside the top 20 of the Official World Golf Ranking.

But the four-time major champion was also full of praise for his own players – including former World No.1 Adam Scott – and hopes to see the Tiger Woods-led Americans greeted by the “13th man” at Royal Melbourne this summer: passionate Australian fans.

The World Golf Hall of Famer is well aware that the Internationals have only ever hoisted the Presidents Cup once in the event’s 25-year history. But Els sees that simply as an opportunity for his global players to write their names into the history books.

“This could be one of the biggest events of their lifetimes because we are such a diverse team from right around the world,” said the South African, who earned three-and-a-half points for the Internationals when they won the Cup at Royal Melbourne in 1998.

“We have an audience of billions of people if you look at the countries' numbers … At the end of the day, we've got a bigger following than the American team.” – Ernie Els

“We have huge following. We have people from Asia, from Mexico now, we've got possibly Canada. We have an audience of billions of people if you look at the countries' numbers.

“At the end of the day, we've got a bigger following than the American team.

Els is expected to announce his four captain’s picks in early November and revealed former World No.1 Jason Day will “absolutely” be looked upon favourably.

"I don't want to give away all my cards here, but Jason is always going to be on the list of guys we're going to absolutely look at for the top 12,” he said. 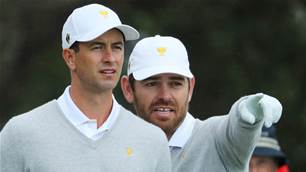 Presidents Cup: All You Need To Know 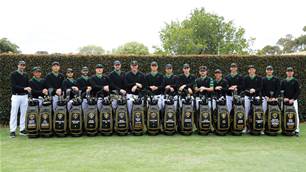