Australian golfing great Greg Norman has said he has been given an extra $US2billion ($A2.9 billion) in funding from Saudi Arabia to build his rebel series of 54-hole events into a full league by 2024.

The PGA Tour has rejected requests from players for authorisation to play the first Saudi-backed LIV Golf Invitational Series event in London next month.

The new series, which offers the promise of super-sized prizemoney, is set to begin June 9 and would conflict with the Canadian Open, senior VP & chief of operations at the PGA Tour Tyler Dennis said in an email viewed by Reuters.

"As such, Tour members are not authorised to participate in the Saudi Golf League's London event under our Regulations.

"As a membership organisation, we believe this decision is in the best interest of the PGA Tour and its players."

The move comes after the PGA Tour granted event releases for other non-PGA Tour events in the past. 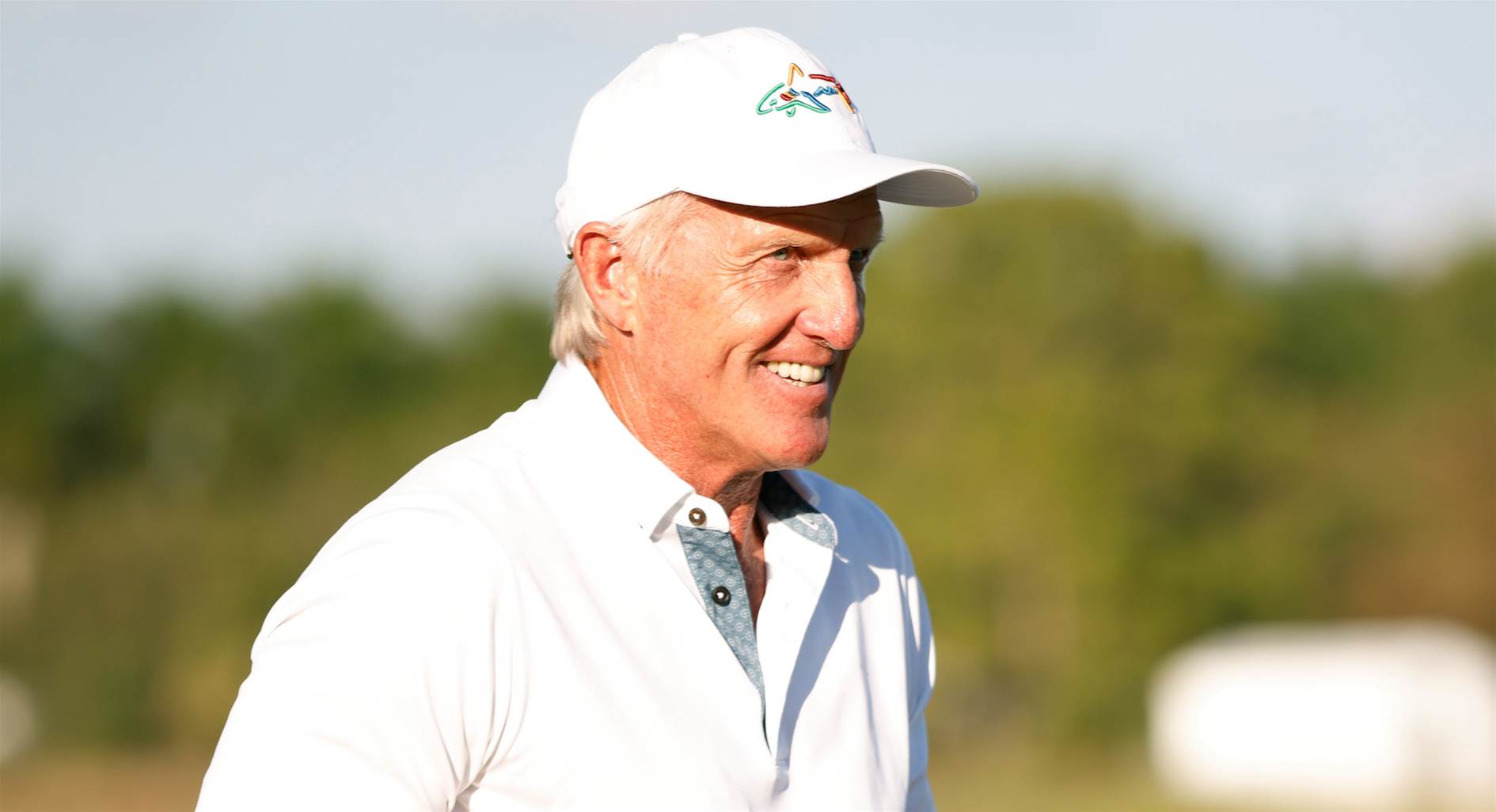 The decision to deny player releases came on the same day Norman said he had an additional $2 billion for future events. PHOTO: Cliff Hawkins/Getty Images.

Lee Westwood, Richard Bland and Phil Mickelson are among the players known to have asked for releases from the PGA Tour and DP World Tour to play at Centurion Club in Hertfordshire, with Sergio Garcia, Martin Kaymer and Ian Poulter also expected to take part.

Earlier on Tuesday, Australian golfing great Greg Norman said he has been given an extra $US2billion ($A2.9b) in funding to build his rebel series of 54-hole events into a full league by 2024.

Norman claimed last week that the league was ready to launch in mid-February until Mickelson's explosive comments about the PGA Tour and Saudi Arabia were published and led some players to back out.

LIV Golf, of which two-time Open champion Norman is the CEO, have instead set up eight 48-man events in 2022, each with a prize fund of $US25million ($A36m).

"We're looking way beyond that too. We are looking at decades.

"We've got two billion dollars to back that up so we have additional funds in place. Twenty-two and 23 are our baiter years.

"Of course we have had to pivot because there have been some obstacles thrown in our way with a couple of the institutions – the PGA Tour and DP World Tour – but we have pivoted brilliantly.

"We have pivoted to the fact that we've done invitationals and these will be our start-ups."

Shark bites back at PGA Tour