South Korea’s Si Woo Kim has pulled off a remarkable turnabout in form to win the Players Championship by three strokes.

In doing so, the 21-year-old became the youngest winner of event, breaking the mark previously held by Adam Scott, who won the championship as a 23-year-old in 2004.

Kim carded a flawless three under 69 final round at TPC Sawgrass to move to 10 under, and claim golf’ unofficial fifth major by three shots from Englishman Ian Poulter (71) and South African Louis Oosthuizen (73).

The South Korean started the final round two strokes adrift of the lead held by American pair Kyle Stanley and J.B Holmes. But as Stanley and Holmes started back-peddling, Kim’s birdies at the 1st, 7th and 9th holes had him atop of the leaderboard. Neither Stanley (75) nor Holmes (84) figured in the finish as Kim parred every hole on the back nine to secure the title. 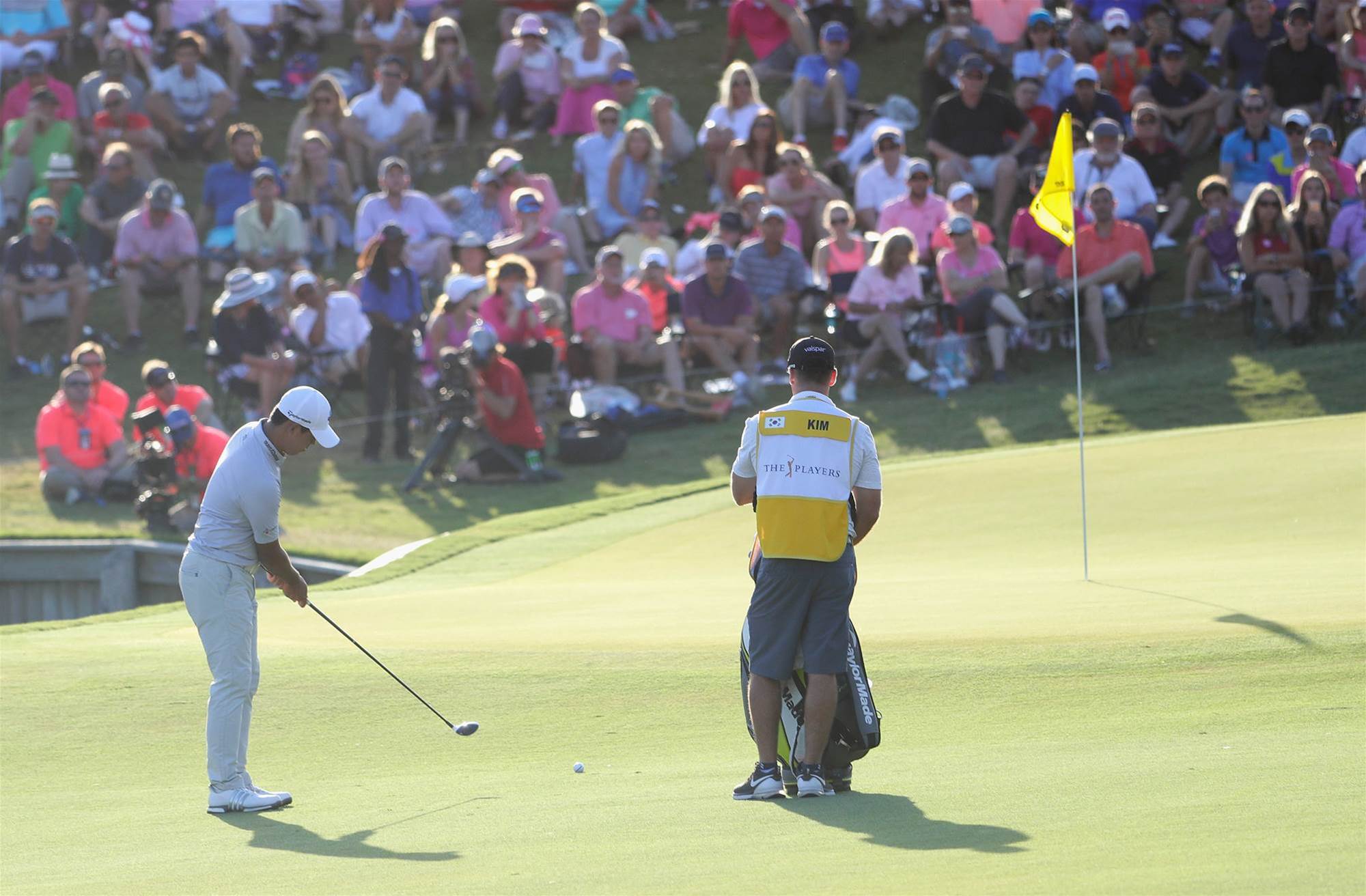 No one, not even Kim, could have predicted this win given his form on the PGA Tour this season. In his 19 starts since October, he had missed the cut seven times and withdrawn from a further four tournaments because of a lingering back injury.

“It's been a great experience for me to win the championship last year and today, because of that experience, I could be relieved and I could be very stable and especially I just focused on myself and I didn't try to think about others scores. I think that really helped me to be stable.” 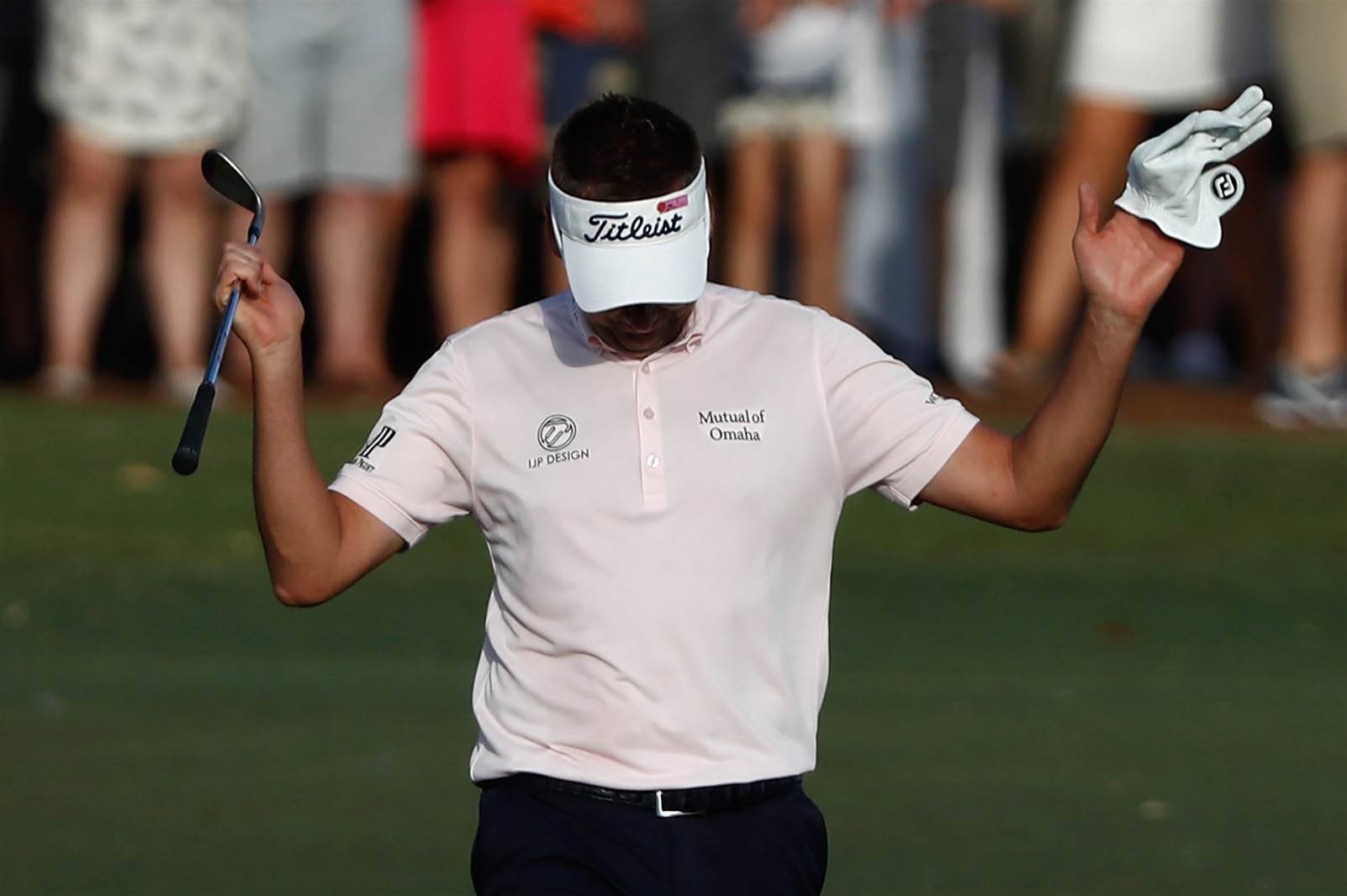 Ian Poulter salutes the crowd after almost pitching his fourth shot into the hole on the 18th green. PHOTO: Sam Greenwood/Getty Images.

Kim’s victory earned him a five-year PGA Tour exemption, which will be interrupted at some stage when he heads home to South Korea to complete mandatory national military service.

“Regardless of me winning this tournament, I really have to go to the military service, and I've already decided I'm going to go, too, so I'm ready for that,” Kim said.

“I haven't decided yet (when he will go), but I have five years of exemption, so we will see.”

Kim joins Tiger Woods, Sergio Garcia and Jordan Spieth as the only players in the past 25 years to win twice on the PGA Tour before turning 22-years-old.

For runner-up Poulter it was also a bounce back of sorts. A month ago he appeared to have lost his PGA Tour after not making enough prizemoney from his limited starts coming back onto the Tour with a medical exemption. Now, he’s almost assured of being in the season-ending FedEx Cup play-offs.

“I guess it's been a roller coaster ride,” he said. “There's been a lot of interesting things happen in the last 18 months which haven't been very helpful for playing golf. You know, still a few of them we're working through, but I think when I look back, and I reflect on this week, it's been a big week.

“You know, to have two, three weeks ago been in a position where I wasn't playing the Players and potentially didn't have a card to play and was looking to write nice letters to Jack (Nicklaus) for Memorial and all of those great tournaments that I'd like to play in, things change pretty quick with good golf, and that's what I've done this week. I've played good golf.

“But I think I've still got some work to do. The putter is not quite doing what I would like.” 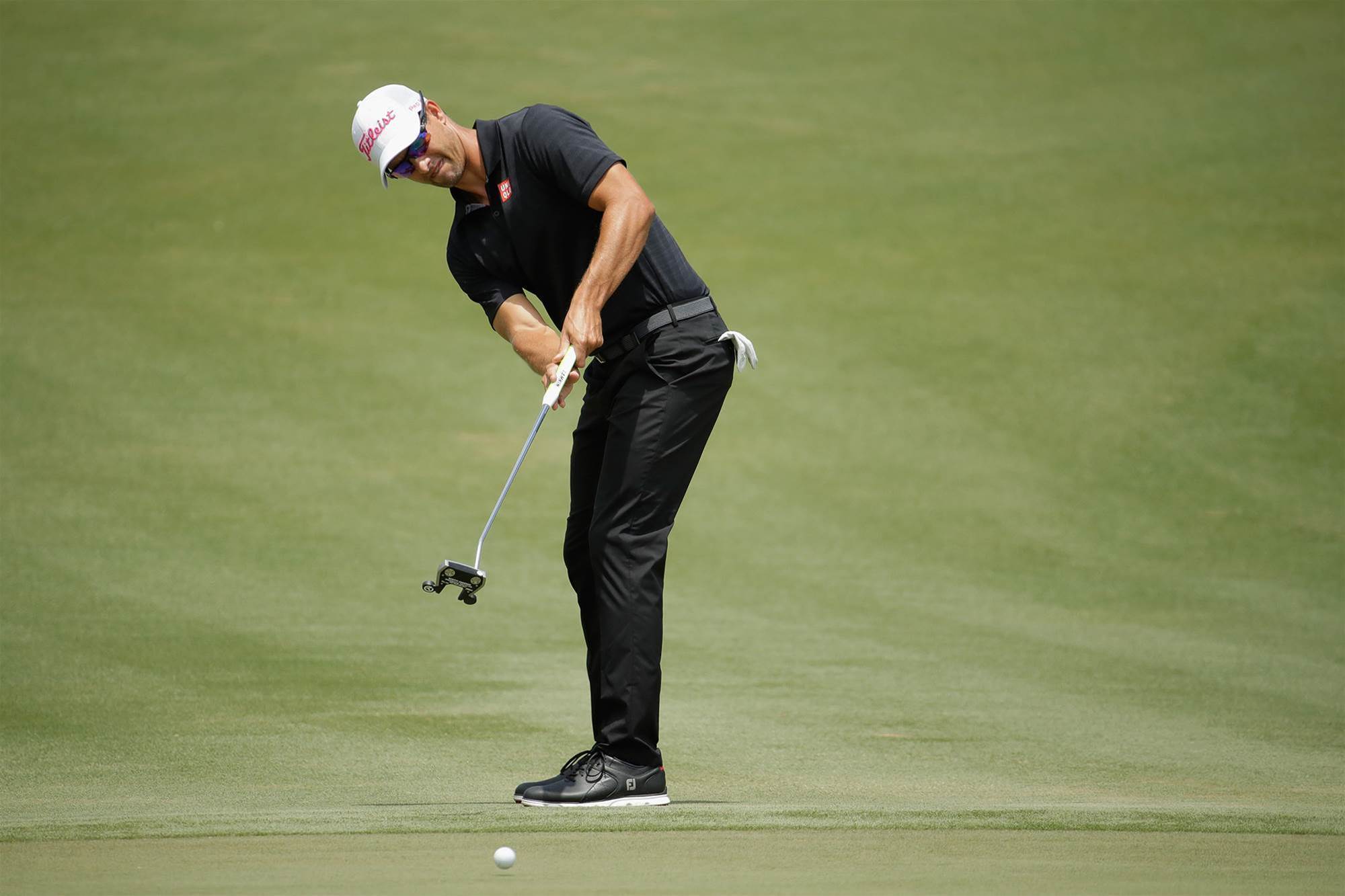 Adam Scott was the best of the Aussie contingent, finishing T6 and five shots behind Kim. The Queenslander started the final round poorly with two bogies in his first nine holes, but he bounced back with four back nine birdies to card a two under 70. He’s now looking forward to the US Open next month.

“Overall there was lots of good stuff for me,” said Scott, after his fourth top-10 finish in the Players. “My putting was really solid, bit shaky on the front nine today but then I putted well on the back nine.

“Overall, I'm fairly pleased, but for me I just am going to go away and work on how to solidify my long game. There's like 14 holes of good stuff tee to green and then there's four every day that are below my standard, and I would like to lift that up consistency wise to get it solid for the US Open so I feel I can feature there.”

World No.3 Jason Day had a Sunday afternoon to forget. A quadruple-bogey nine on the par-5 16th followed by a double bogey five at the 17th hole saw him sign for an eight over 80 – the worst final round score ever from a defending Players Champion. 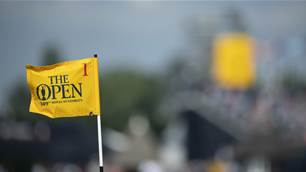