One of Australia’s great players four the past four decades, Peter Senior, has announced his sudden retirement from golf after six holes of his second round at the Emirates Australian Open.

The 57-year-old two-time Australian Open champion was out on course early at Royal Sydney after opening the tournament with an even par 72 yesterday, despite carrying a hip injury into the event. He sustained the injury while playing the NSW Open last week.

Having made two bogies through the first five holes of his second round, he hit his tee shot on the 6th hole and notified officials and his playing partners he could not continue. His strength of mind could no longer overcome the pain coming from his hip.

Upon returning to the clubhouse he announced he was retiring from the game, which he was planning to do at next week’s Australian PGA Championship.

“This is it for me, I’m not playing golf any more,” an emotional Senior said.

"[Thursday] I scrambled around, but today it's just friggin' horrendous and I can't hit a golf shot out there. It's no good me being out there annoying the other guys [John Senden and Stephen Allan] because they're playing pretty well. This is it for me.

“Bending down to even pick the ball out of the hole hurts. I have to tee it up on one side because I can't bend down on the other. I won't be playing any more golf."

“It’s a tough one to swallow I have been out here for nearly 40 years and have enjoyed every minute.

“To see it come to an end you look back on it, it’s pretty disappointing to finish this way.” 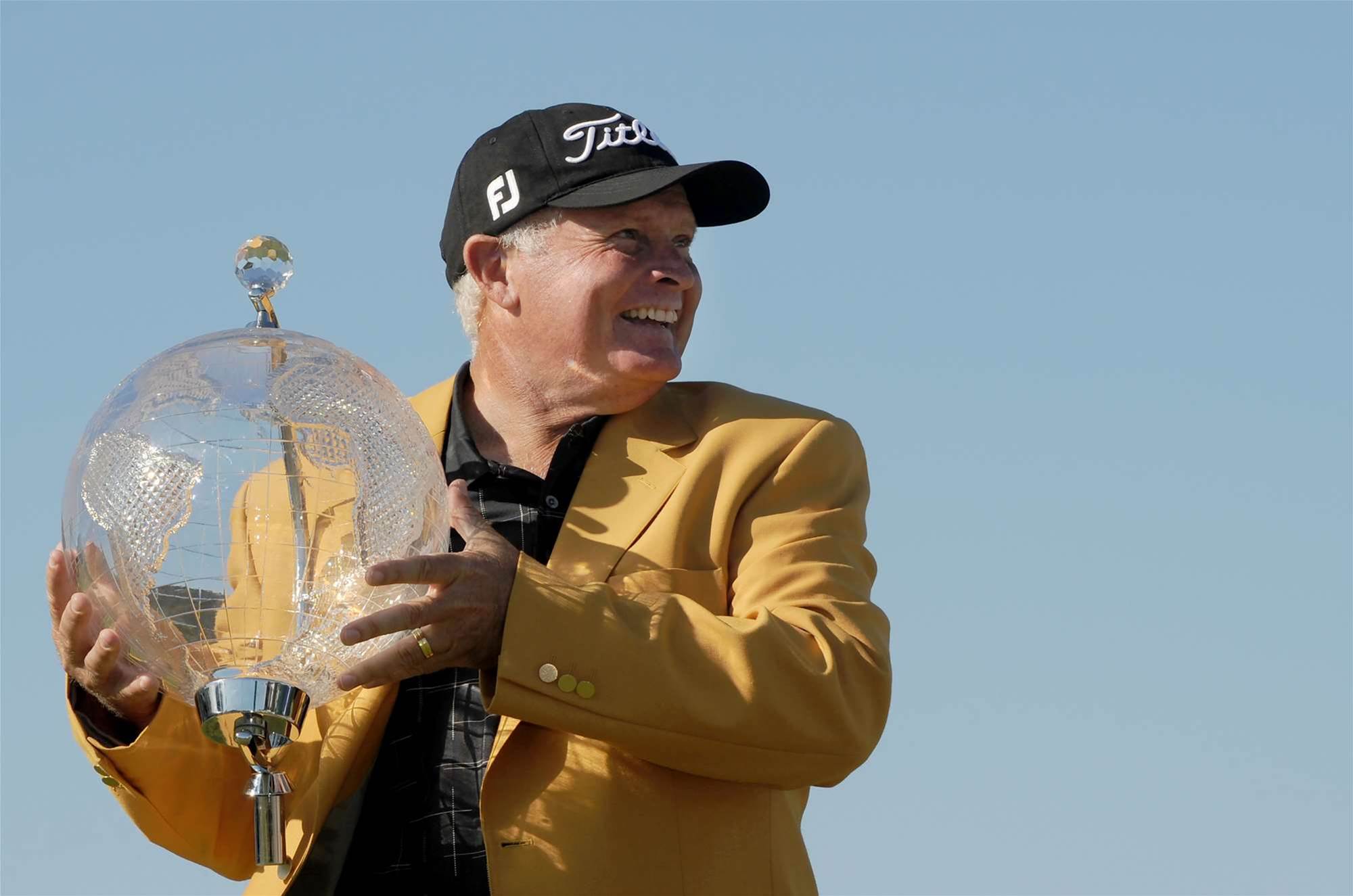 Senior has won 34 tournaments around the globe since the late 1970s, including the 2012 Australian Open and the Australian Masters last year.

The Queenslander has been fighting a series of injuries during the past three or four years and even after his Masters victory last year he was planning to draw the curtain on his career this summer.

He will now put the clubs away to gather dust and spend more time on the water.

“I definitely will buy another boat, I am a mad keen fisherman and I’m going to spend quite a bit of time with the family now and fishing is my next love, so I am going to do plenty of that,” Senior said.

He said looking back on his career the highlights were the people he had met.

“It’s just the people I have met over the years (I’ll remember), you know the golf’s fantastic no matter where we play,” Senior said. “It’s the people surrounding the game of golf who have been fantastic.

“The PGA guys, PGA girls, all the tournament directors I have got to know, very well, it’s sad that we wont be getting together again.” 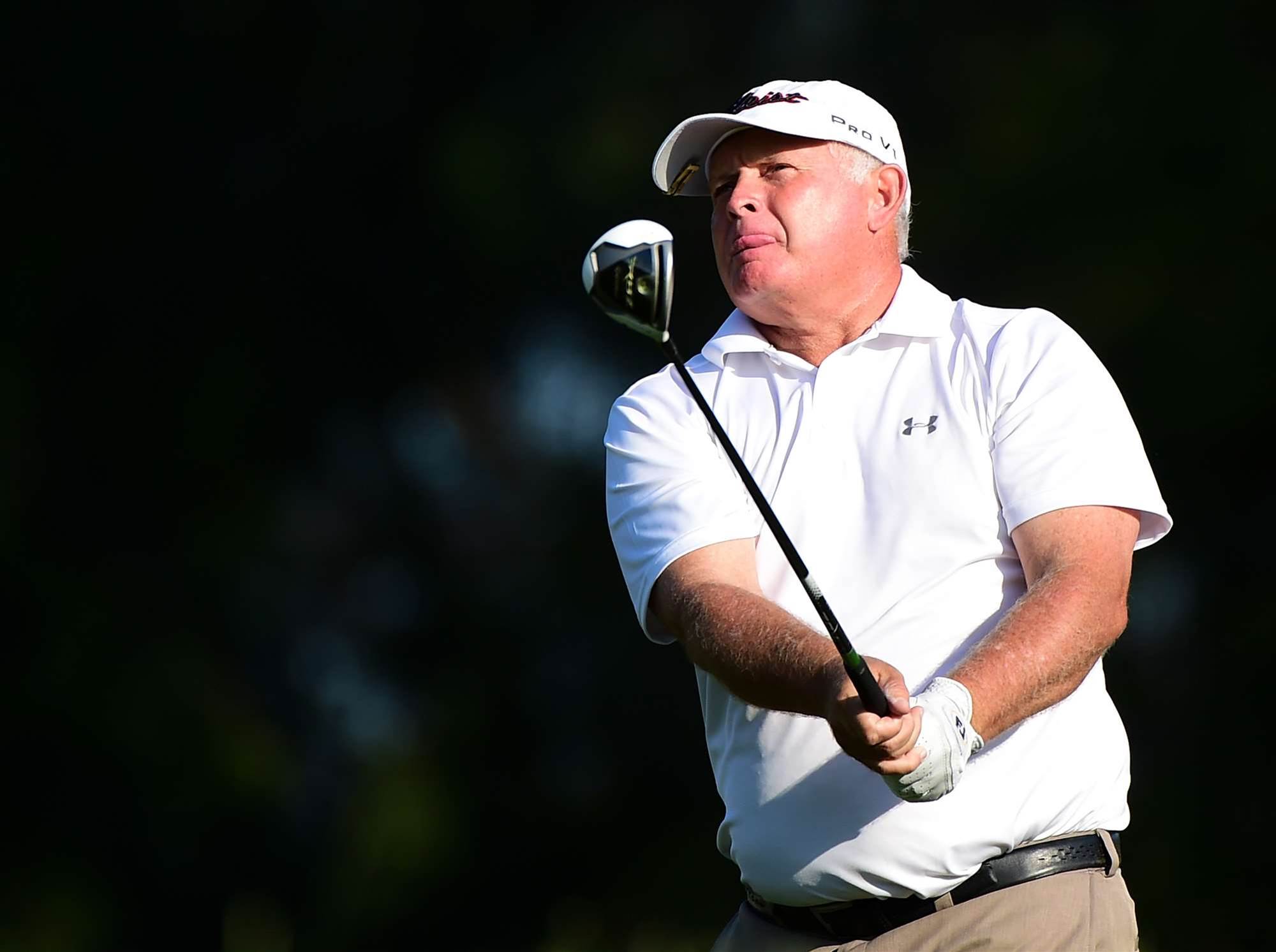 Peter Senior in action at the 2015 US Senior Open. PHOTO: Harry How/Getty Images.

Despite the sadness of calling time on his illustrious career, Senior said he was leaving the game in very good hands.

“There is always going to be good young guys coming through,” Senior said. “You know I’ve always said sport runs in cycles and we’ve got three or four really good guys coming through at the moment, so I think in the few years Australian golf will be pretty good.” 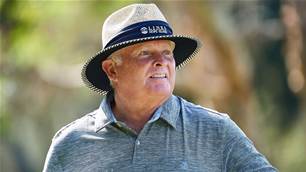 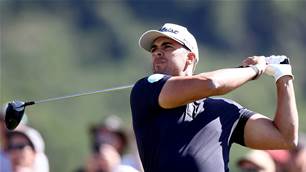