Patrick Reed has donned the coveted Masters green jacket after holding on for a gutsy victory at Augusta National.

The 27-year-old Texan started the final round with a three-shot lead, but a one-under-par 71 was enough to earn a 15 under total and a one-stroke win over World No.8 Rickie Fowler (67).

"It was always going to be tough; trying to close off (any) golf tournament is hard," Reed said in the Butler Cabin.

"To close off a major ... it's almost impossible to put into words.

"Just to make the putt on the last, to know I've won my first major, meant so much to me." Reed revealed that growing up he dreamed of winning the Masters and the green jacket.

“Every time you think about it as a kid growing up, it's always, you know, this putt is to win a green jacket; this putt's to win the Masters,” Reed said. “I think that's just because of the history and everything that's gone on here at Augusta National and how special it is to all the golfers and special it is to just golf in general around the world.” 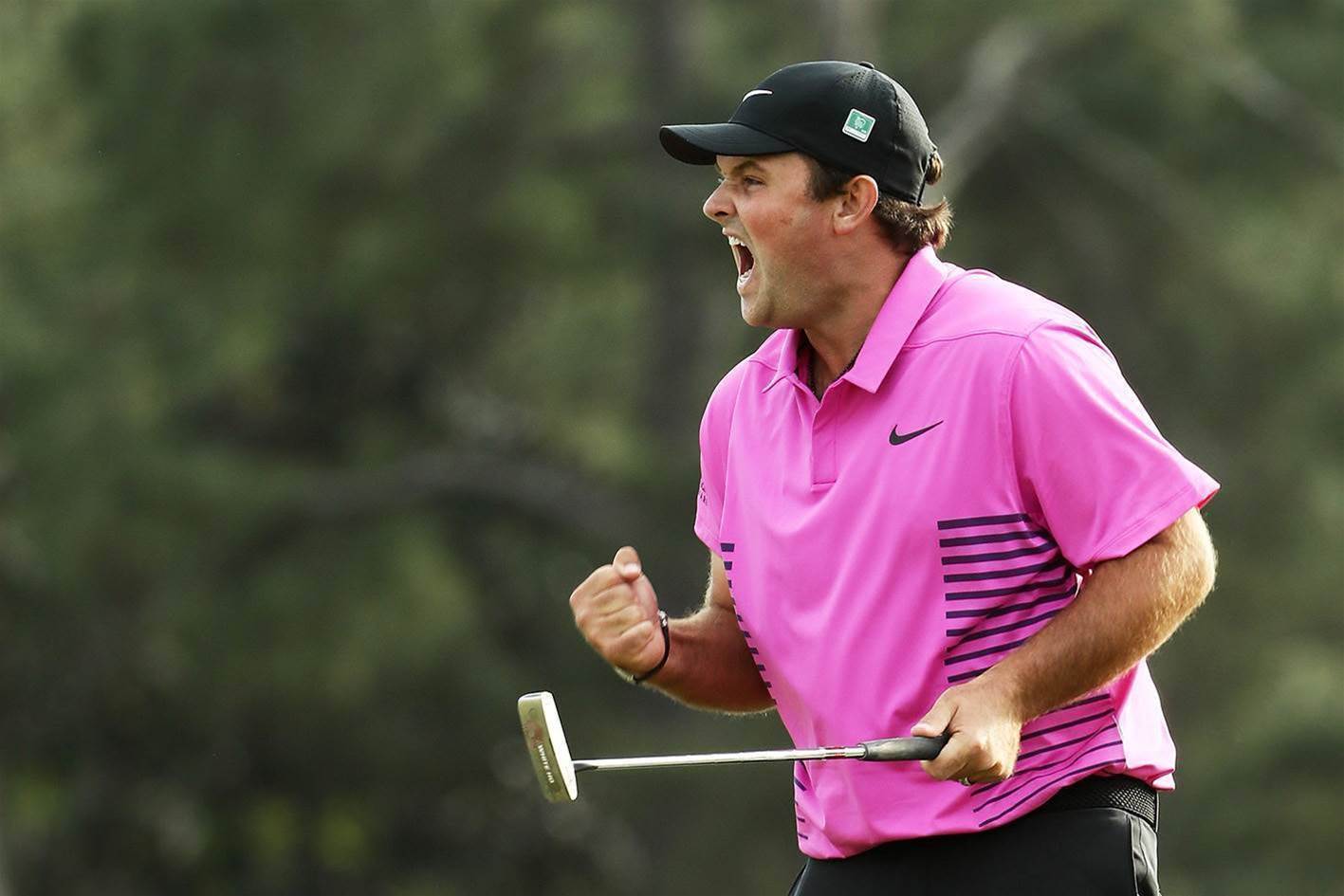 Earning his first win on golf's major championship stage, Reed also held off a stern challenge from Spieth – the 2015 Masters champion carding a 64 to finish solo third at 13 under.

Spanish World No.3 Jon Rahm (69) finished outright fourth at 11 under.

The final day was billed as a match-up between Ryder Cup rivals and final group playing partners Reed and Rory McIlroy.

But four-time major winner McIlroy, who needed a Masters victory to complete the career grand slam, missed a short putt for eagle at the par-5 2nd and never got out of first gear during a disappointing 74. Jordan Spieth realises he has fallen just short of the lead in the final round. PHOTO: David Cannon/Getty Images.

“Of course it's frustrating,” McIlroy said. “But it's hard to take any positives from it right now, but at least I put myself in the position. That's all I wanted to do.

“The last four years I've had top‑10s, but I haven't been close enough to the lead.  Today I got myself there. I didn't quite do enough. But, you know, come back again next year and try.”

The true challenge came from Reed's Ryder Cup teammate Spieth, who racked up nine birdies in 16 holes before a bogey at the 18th cruelled any hope of a second Masters title.

"I knew every shot coming down the stretch was important, so I'm obviously pretty gutted at the finish," Spieth said. "But it was a phenomenal day; I think I've proven to myself and to others that you never give up."

RIGHT: Cameron Smith fires a shot into the 5th hole during the final round. PHOTO: David Cannon/Getty Images.

Meanwhile, Cameron Smith finished as the leading Australian and guaranteed a start at next year's Masters courtesy of finishing inside the top 12.

Smith carded a 66 to finish at nine under and tied for fifth, his second top-five at the majors following a share of fourth at the 2015 US Open.

Next best was Victorian Marc Leishman, whose 70 left him solo ninth at eight under, while Queensland’s Jason Day carded a 71 to earn a share of 20th at two under.

Rounding out the Australian contingent was 2013 Masters winner Adam Scott, who signed off on his campaign with a respectable 71 to share 32nd at one-over.

Also at one-over was 14-time major winner Tiger Woods, whose 69 closed a disappointing Masters effort after fever pitch levels of hype coming into his first competitive trip to Augusta in three years.

Paul Casey (five under) threatened the Augusta National course record on his way to a 65, but bogeys at the final two holes cost Casey a share of the record 63 held by Nick Price (third round, 1986) and Greg Norman (first round, 1996).