It’s the wrong use of the right word but polarising might be the only way to describe American Patrick Reed.

Normally reserved for a figure who divides opinion among different groups, Reed is capable of dividing opinion within oneself.

To watch the controversial Texan swing a golf club is a thing of joy, which any golfer who appreciates talent will immediately recognise.

Similarly, any golfer who loves the game can’t help but be disturbed by the events involving Reed that unfolded in The Bahamas last week.

As he took to the 1st tee in the company of Webb Simpson for the opening round of four-ball at the Presidents Cup, Reed must have been expecting some niggle from the crowd. And he got it.

"If only it was possible to un-see what happened in The Bahamas, it would be a pleasure to watch him play."

One wag suggested Reed had “14 clubs and a shovel” in his bag, a theme that was repeated several times over the course of the round.

He was booed loudly when introduced by the starter, though much of that was offset by a vocal group of American supporters. 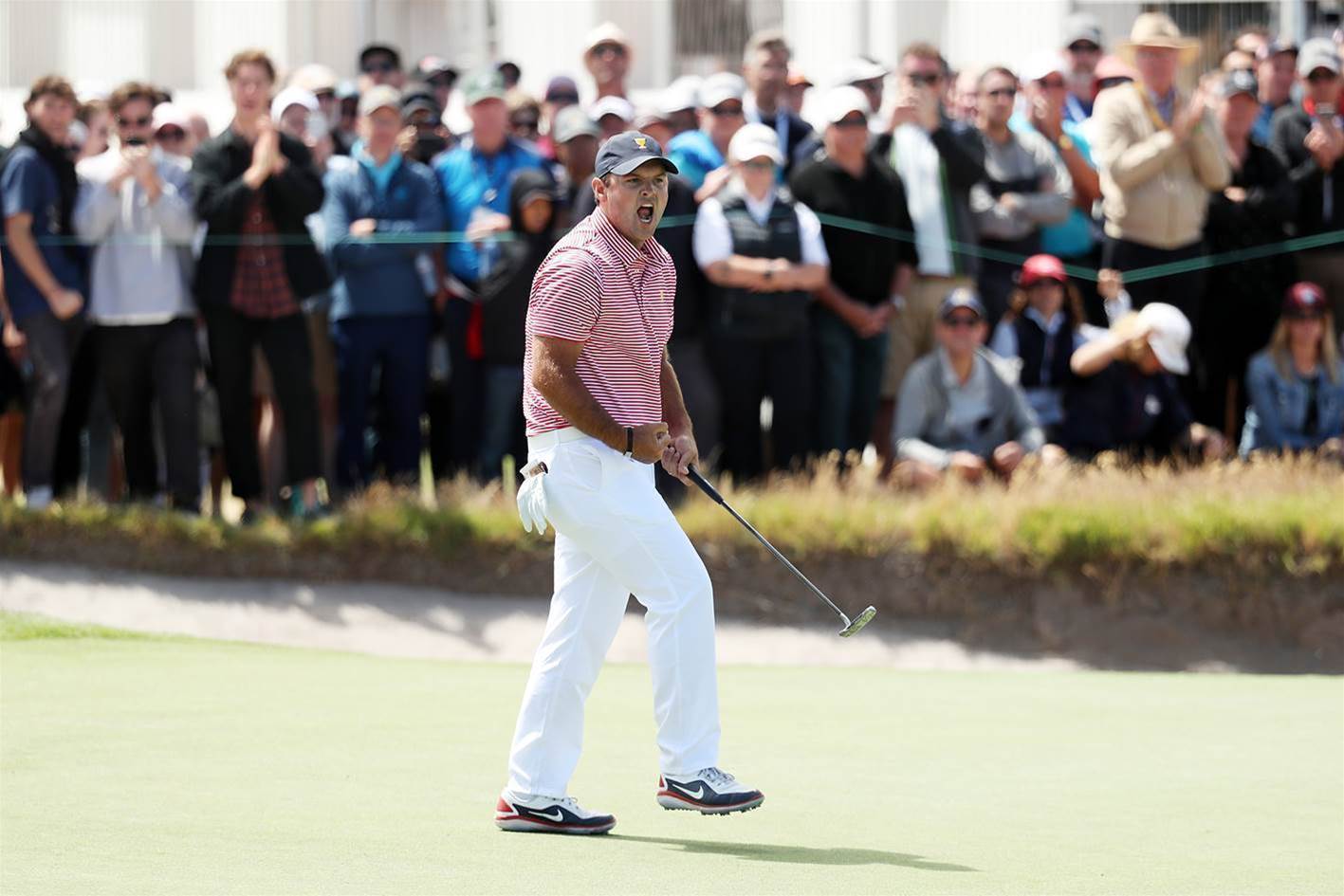 Reed makes a putt on the 16th and roars with delight. PHOTO: Getty Images.

But all things considered the reception was tame, certainly compared to what one might have expected had this been a Ryder Cup.

For his part, Reed was unfazed by the kerfuffle and showed as much with his opening tee shot.

He ripped a driver straight at the green of the short par-4 opening hole and watched the ball intently in flight.

As it disappeared behind some trees, he switched his gaze to the large screen TV beside the tee and – along with the gathered crowd – watched as the ball bounded, almost unbelievably, into a greenside bunker.

The spectators let out a loud roar at the prospect of Reed playing from the sand, a scenario that was played out again at each of the following two holes.

While there were audible comments from sections of the crowd for much of the day the bulk of those watching had no reaction to the American and, ultimately, it may have worked against him.

One gets the sense Reed plays his best when he feels under siege and that was not the mood at Royal Melbourne on day one.

While the expected crowd outrage may not have materialised, Reed himself delivered some world class golf shots in a losing match.

Ironically, one of his best came from the greenside bunker at the famous 3rd hole where his par was ultimately conceded after a superb, soft splash shot. 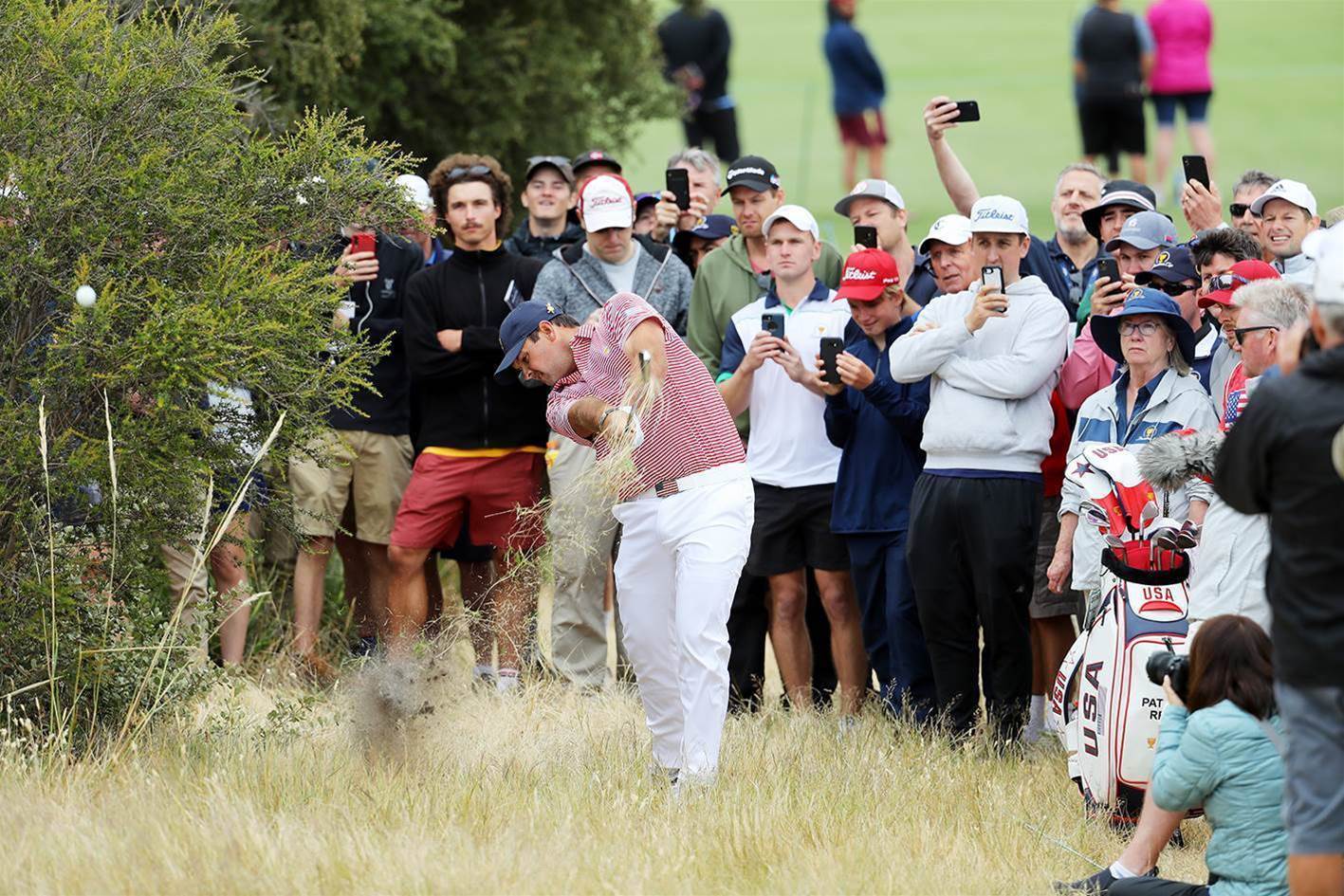 For his golfing skills, Reed is a man to admire. PHOTO: Getty Images.

He also made a brilliant birdie at the dangerous par-3 5th to halve the hole with C.T Pan and added two more at 12 and 16 to keep the match alive.

Reed could hardly be described as the archetypal modern golfer and next to the likes of Adam Scott or Dustin Johnson doesn’t have the natural look of a world class player.

But put a club in his hand and everything magically falls into place.

If only it was possible to un-see what happened in The Bahamas, it would be a pleasure to watch him play.

Even if one was inclined not to like him. 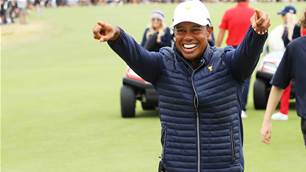