A bizarre incident involving Swede Jesper Parnevik during the SAS Championship on Sunday was so unusual officials had to consult the game's ruling body for clarification.

The three-time European Ryder Cup member missed the chance for a "mulligan” when his short bogey putt horseshoed around the hole and hit his foot.

Rather than replaying the putt without penalty from its original spot, Parnevik instead tapped the ball in from where it ended up for what he thought was a double-bogey, only to find out later that the rules actually require a re-do.

The incident happened on the 3rd hole during the final round of the SAS Championship on the PGA Champions Tour.

"When a ball on the putting green accidentally hits any person, animal or immovable obstruction, this stroke does not count and the ball must be replaced on its original spot," rules official Brian Claar told Reuters.

“Unfortunately he gets a two-stroke penalty for playing from the wrong place, and the one where he tapped in counts but the original stroke does not count."

Which added up to a triple-bogey.

If that sounds a lot to take in, you are not alone.

On-site officials were so unfamiliar with the obscure rule that they phoned the United States Golf Association for clarification, and were told such a situation had never occurred in a professional tournament to their knowledge.

"They said 'did that really happen out there'?," said Claar, who described the incident among the strangest he had encountered.

"He actually gets a mulligan," Claar said. "It's strange you get a do-over because there's (generally) no such thing as a do-over unless you hit a power line or something. He should have put it back and tried again." 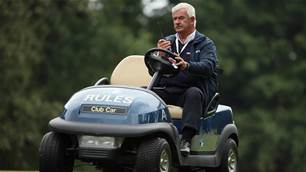 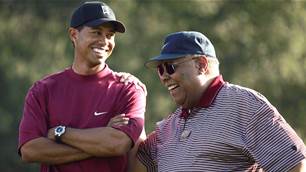