Two-time World Match Play champion Geoff Ogilvy looms as the match play giant killer after advancing to the third round of the Gippsland Super 6 at Yallourn Golf Club.

Backing up his course record 8-under 64 with a 2-under 70 on Friday morning, Deyen Lawson retains the outright lead at 10-under par, two shots clear of New South Welshman Dimi Papadatos with another two-shot gap back to a group of four players tied at 6-under par.

The top-50 players and ties move on to the third round of stroke play on Saturday with the top 24 at the completion of 54 holes qualifying for Sunday’s knockout match play section.

The top eight after the third round receive a bye in the first round of match play but Ogilvy’s primary objective now is to ensure he is within the top 24 on Saturday evening having navigated his way past the first cut.

Four-over through his opening nine holes on Thursday, Ogilvy recovered to shoot 72 in his first round and followed it up with a 2-under 70 on Friday to be tied for 27th. 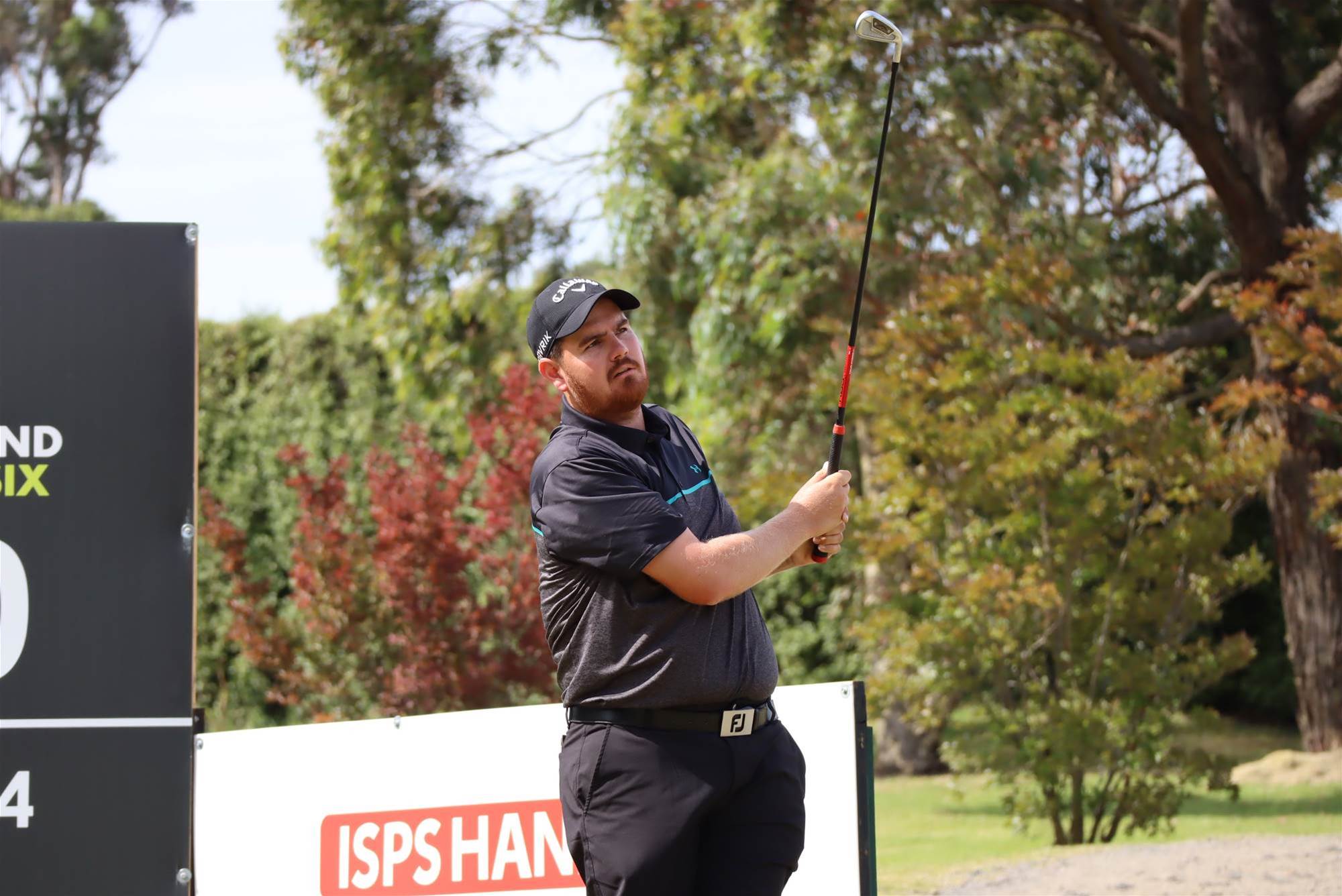 “Clearly the job for the first three days is to make the match play,” said Ogilvy after his round, his WGC-Match Play wins coming in 2006 and 2009.

“And then the further up you can get you get that bye in the first round which would be a big advantage too.

“It’s a strange tournament like that. Normally you’d be eight back and thinking you’ve got a long way to go on the weekend but I’ve just got to make sure I get in the match play tomorrow and then anything can happen over six-hole matches.”

The twisting Yallourn layout in swirling winds played havoc with the field on Friday, Jason Norris’s 4-under 68 the best round of the day as he moved into the tie for third at 6-under alongside Peter Cooke (70), Charlie Dann (69) and Ben Eccles (71).

“Today was super tricky. That was about as tricky a conditions as you’ll ever play in,” added Ogilvy, who played with fellow Peninsula-Kingswood members Marcus Fraser (74) and AFL legend Brendon Goddard (81) the first two rounds.

“It’s a lot stronger today. Stronger now than it was for us yesterday morning anyway. And it swirls a lot here because it’s quite hilly and there are a lot of big trees so you were never really sure of where it was going.

“Frustrating sometimes. You’d hit a good shot and the wind would do something weird to it, but it was doable if you hit good shots.”

Norris’s highlight on day two was a flop shot he holed for birdie at the par-5 13th, his only bogey coming two holes later at the par-4 15th.

The South Australian native has played just 37 holes the past five weeks in preparation and made a mid-round adjustment to combat a putting stroke that was failing him from short range.

“I’m hitting it all right but I haven’t been putting well. I missed three three-footers the last couple of days but just playing solid,” said Norris, the 2017 Fiji International champion.

“It’s the first time I’ve had the yips for a while. I changed to the claw and I wasn’t missing the three-footers then.

“I’d been putting well for the past year but just a bit nervy here this week. I four-putted 18 on Thursday and yipped it from three feet on the third today, which wasn’t great.

“Ash Hall was using the claw and I’d used that in the past so I thought, I like that. I switched to that and I putt pretty good short-range with that.

“I think tomorrow I might go cross-hand from longer range and claw from short range.

“That’s what I was doing in Fiji and it worked.”

Eighteen-year-old amateur qualifier Levi Sclater safely made it to the third round with a 3-under 69 on Friday morning with Blake Windred also moving into position to qualify for the match play at 5-under par and tied for seventh.

Defending champion Tom Power Horan will have to make up some ground after falling into a tie for 40th on the back of a 3-over 75 with Matthew Griffin (2-under), David Micheluzzi (E), Maverick Antcliff (E) and David McKenzie (1-over) also sitting outside the top 24 through 36 holes.