Golf NSW, Jack Newton Junior Golf, The NSW Golf Course Superintendents Association, Golf Management Australia – NSW, the ALPG, and the PGA of Australia – NSW/ACT Division came together to celebrate the best contributions made to the sport this year.

Two of New South Wales Golf's finest prospects, Blake Windred and Doey Choi, were honoured as Golf NSW’s Male and Female Player of the Year, while an icon who has been a driving force behind senior golf across the State, Denis Dale, was honoured with the Service to Golf in NSW Award.

Lawrence Golf Club’s Tony Chester received the Volunteer of the Year Award for 2018. Aged 80, for over 20 years the still active club member has spent up to three days a week working on to the tiny mid-north coast course planting trees, operating machinery, and maintaining the club’s watering system.

The Country Golf Club of the Year went to Bathurst Golf Club. A popular venue for many state-based and JNJG tournaments, Bathurst has gone from strength to strength in recent years, growing its membership by over 15 percent; one of only five clubs in NSW to show such significant growth. 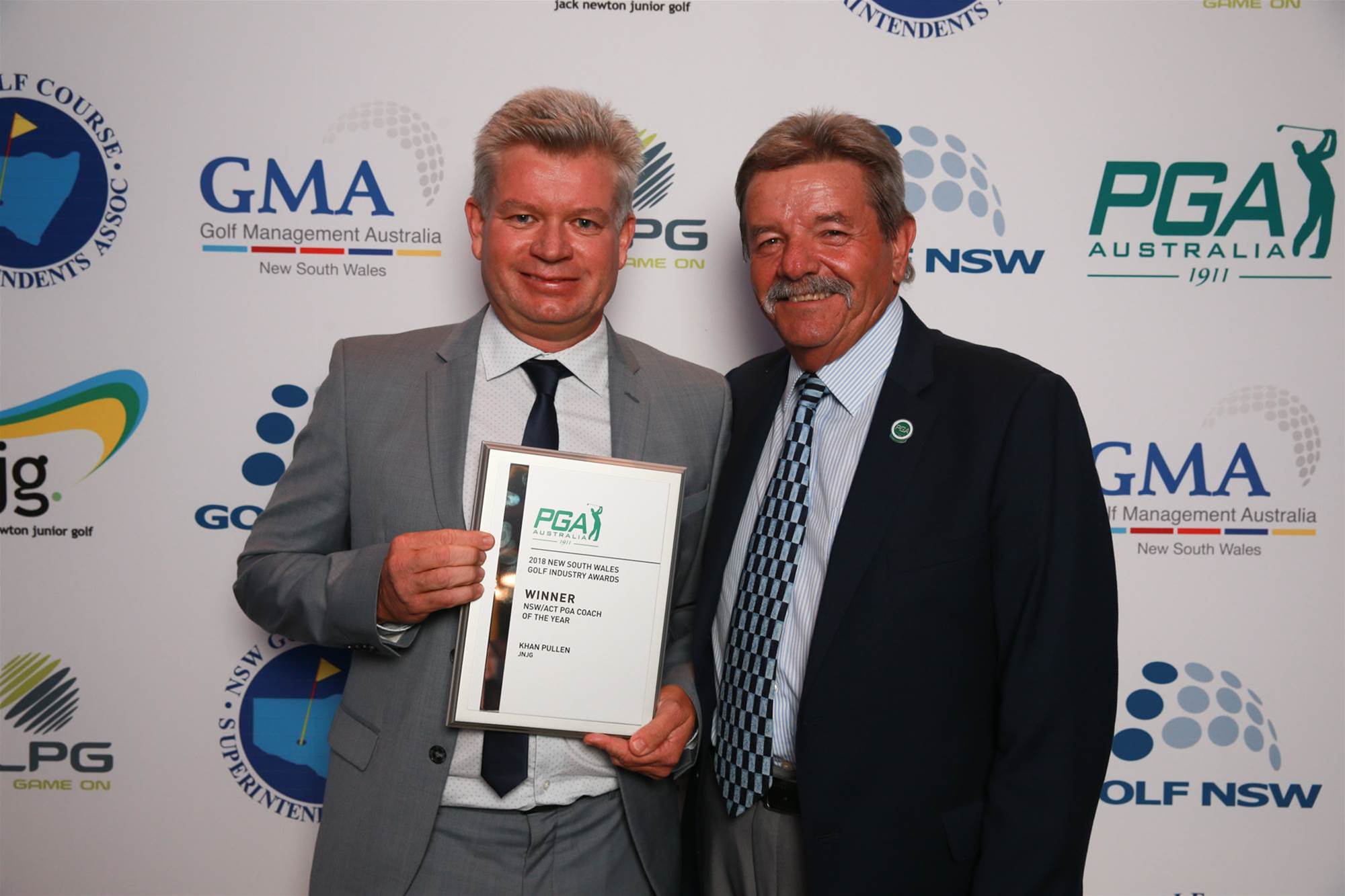 The Metropolitan Club of the Year Award went to Stonecutters Ridge Golf Club. Opened in 2012, Stonecutters Ridge is a family friendly place, and everyone involved in the club takes pride in its motto ‘Everyone is welcome’. Membership numbers are growing, and the club takes an active approach to the environment. It was an early adopter of the NSW Government’s Return and Earn Scheme, it has a paper and cardboard recycling program and has installed around 297 solar panels.

Male Player of the Year: Blake Windred – The Australian GC.