Jason Day will tee off in a major championship without a swing coach for the first time in his rollercoaster career but says his past three tournaments have offered hope of collecting an elusive second big title.

The Australian star last week announced he had parted with Colin Swatton, the swing guru who first met a prodigious Day at a Queensland boarding school during his early teens.

Swatton helped Day become a dominant World No.1 and winner of the 2015 US PGA Championship while he also doubled as Day's caddie until 2017.

But 32-year-old Day will monitor his own swing while contesting this week's US PGA Championship at San Francisco's TPC Harding Park – the first major of a golf season flattened by the coronavirus.

Tiger Woods is the most notable elite golfer without a fulltime coach and Day seems comfortable on his own, having finished in the top 10 in his three events leading into the US PGA Championship.

It is the first time Day has recorded three consecutive top-10s on the US Tour since 2016, when Day was at the height of his powers.

The Queenslander feels he has turned a corner having not won a tournament since May 2018.

"My game is coming along nicely and now it's time for the majors to start.

"I'm looking forward to this stretch of golf and hopefully picking up my second major."

"My game is coming along nicely … I'm looking forward to this stretch of golf and hopefully picking up my second major.” – Jason Day

Splitting with Swatton is a dramatic change ahead of a busy stretch that includes September's US Open and November's Masters at Augusta National.

It follows a series of tweaks Day has made in the past three years.

He has had five caddie changes, notably an unsuccessful stint with Woods' former bagman Steve Williams, while also enduring chronic back injuries.

Williams says Day will be able to handle his own swing but does not know how long that will last.

"As a golf pro, with all the modern technology that's available now, you can have your caddie film your golf swing every day on the range and you can compare it using instruction apps and software like TrackMan," Williams told AAP.

"There comes a point when an elite player feels they don't need a coach and it's not surprising Jason has gone down that road."

Day will be joined by five other Australians at the US PGA Championship, including 2013 Masters winner Adam Scott, World No.19 Marc Leishman, Cameron Smith, Matt Jones and European Tour winner Lucas Herbert.

The 156-player US PGA Championship will feature 92 of the world's top 100, headlined by Brooks Koepka, who has won the past two editions. 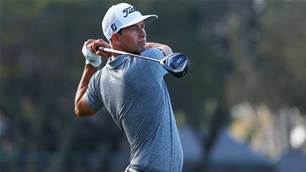