A late birdie blitz has propelled Nelly Korda into the lead midway through the KPMG Women's PGA Championship at Atlanta Athletic Club.

Korda had to be patient before the birdies came in bushels – one after another, six straight to close her second round that put her in the record book with a nine-under 63.

"Golf is easy when you have days like this," said Korda. "But it's not always like this."

It sure seems that way of late. Korda shot 62 in the third round last week on her way to winning the Meijer LPGA Classic, making the 22-year-old American the first multiple winner on the LPGA Tour this year.

Over her final six holes on the front nine, Korda made birdie on both par 3s guarded in front by water. She had eagle putts on consecutive holes – one of them on the par-4 sixth, with the tee moved up to make it play 229 yards – and narrowly missed them both.

On the hardest hole on the course, she had to deal with a tree root in front of her ball to get to the green and then made a 45-foot birdie putt. Korda closed out her round with a pitching wedge into eight feet.

"I guess I just blacked out, a little like last week," Korda said.

She was at 11-under 133, one shot ahead of Lizette Salas, who hit all 18 greens in regulation, shot another 67 and has yet to make a bogey through 36 holes.

Korda tied the championship record, last set a year ago when Sei Young Kim closed with a 63 to win at Aronimink. She had the third round of 63 at Atlanta Athletic Club in a major, joining Steve Stricker in 2011 and Mark O'Meara in 2001 at the PGA Championship.

And Korda still has work left in front of her if she wants to win her first major.

Salas didn't come close to a mistake with her steady diet of fairways and greens. That was her plan coming in, and the 31-year-old American has executed it brilliantly.

"I'm definitely satisfied," Salas said. "It's a major. It's supposed to be tough. I think I'm handling it quite well. And back-to-back 67s, I'm not going to complain."

Celine Boutier of France drove the sixth green to eight feet for an eagle on her way to a 64 that left her four shots back at seven-under 137 with Cydney Clanton (67) and Alena Sharp (68).

Gabriela Ruffels leads the Australian contingent at three under.

Su Oh and Minjee Lee both made the cut by one shot at one over, but the tournament is over for Sarah Kemp (three over), 2019 champion Hannah Green and Katherine Kirk (both four over). 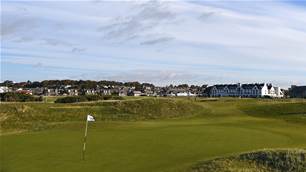 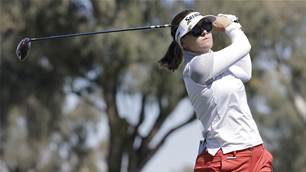