He’s the ‘other’ Patrick on the US team, the one not named ‘Reed’, and he’s looking forward to a possible pairing with his more controversial namesake this week at Royal Melbourne.

Patrick Cantlay is among the more likely partners for Reed as the two have played the PGA Tour’s Zurich Classic as a team the past two years.

With the controversy around Reed and his rules breach in The Bahamas showing no signs of abating, team Captain Tiger Woods must be thinking carefully about who may be able to withstand the expected backlash from the crowds at Royal Melbourne.

The laid back Cantlay might prove the ideal foil.

“We played together in New Orleans and we had some success there and I enjoy playing with Patrick,” the 27-year-old told a small group of reporters at yesterday’s team press conference.

"We're still figuring it out, but I'd say there's definitely a chance, and if we do play together, I'm going to really enjoy it." – Patrick Cantlay on the prospect of playing with Patrick Reed.

(The PGA Tour is bringing six players at a time to the media centre but having them take questions individually. The bulk of the media were understandably gathered around Reed yesterday leaving the likes of Cantlay with just a handful of reporters taking an interest.)

“I don't know exactly what we're going to do yet. We're still figuring it out, but I'd say there's definitely a chance, and if we do play together, I'm going to really enjoy it.

“I like his competitiveness and I know that no matter where I leave him, he's just going to take whatever I gave him and do his absolute best, which is exactly what you want, especially in alternate-shot.” 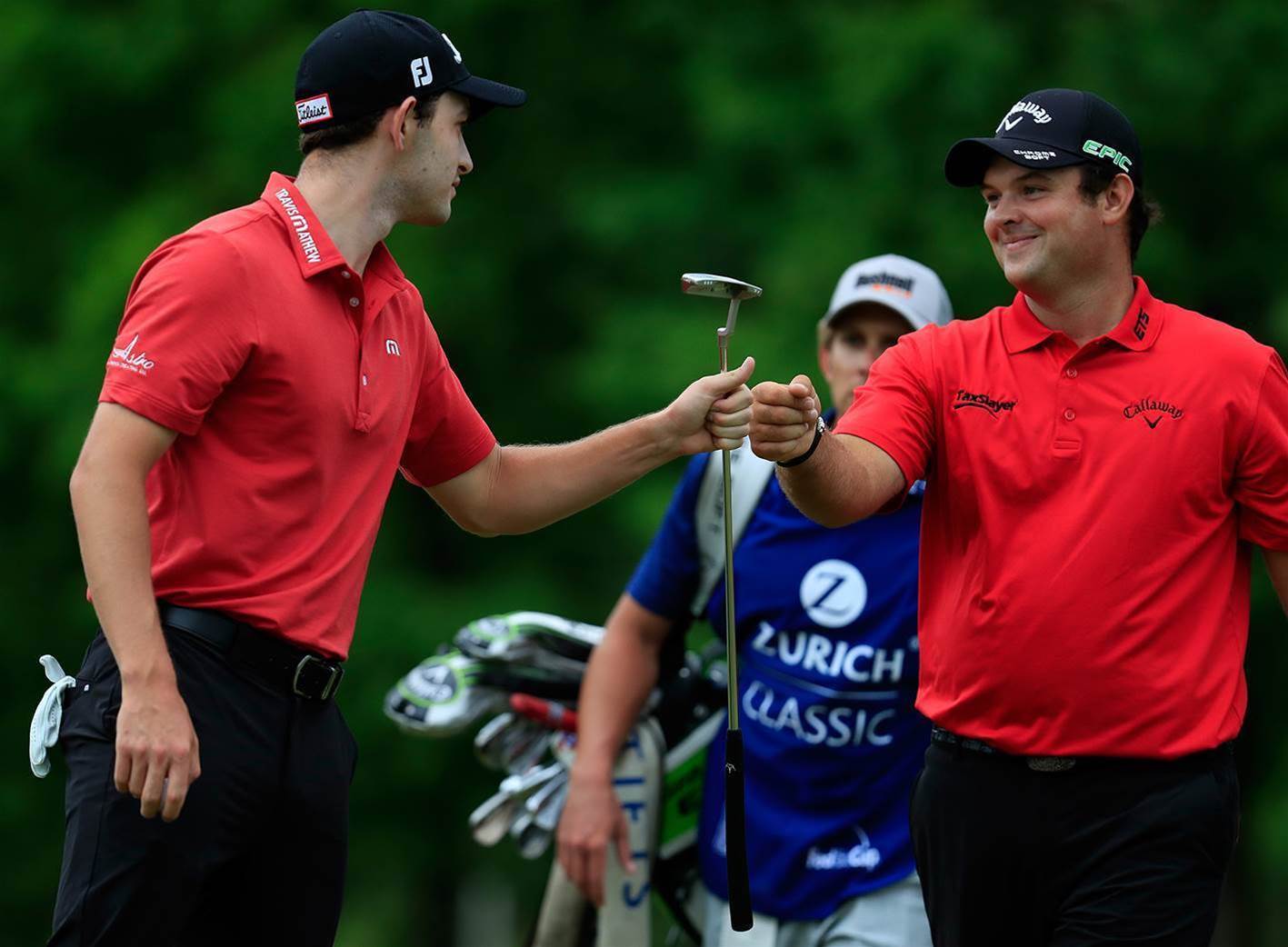 Cantlay and Reed have played together at the Zurich Classic and could be paired in the opening fourballs on Thursday. PHOTO: Getty Images.

Known predominantly by fans for his slow play, Cantlay proved a likeable interview subject, open to any and all questions and marginally more engaged with the game than many of his peers.

He had high praise for the Royal Melbourne layout and showed signs of an intuitive understanding of the nuance the course will demand.

“There's a lot of angles out there that you really have to be cognisant of coming into greens and shaping your ball into greens because the greens are so undulated that if you don't shape it the right way, a ball will just roll,” he said.

“If you get it working with some of the slopes, the ball will roll, sometimes a hundred feet on these greens.

“So you definitely have to be smart and pick the right shots coming into the greens, which is something I love about a lot of these classic architecture golf courses.”

Asked if he thought the course was too short for modern professional golf, he responded in the negative suggesting the firm conditions balanced out a lack of length and the ‘bomb and gouge’ mentality so prevalent in much of modern professional play.

“I think that you see that with these firm golf courses that length becomes less of an issue, and then combine that with it's very difficult to get the ball close,” he said.

“So, a shot that's feeding the right way into the green and has the right weight will get closer than somebody that has driven it down there and just trying to land it on the flagstick. 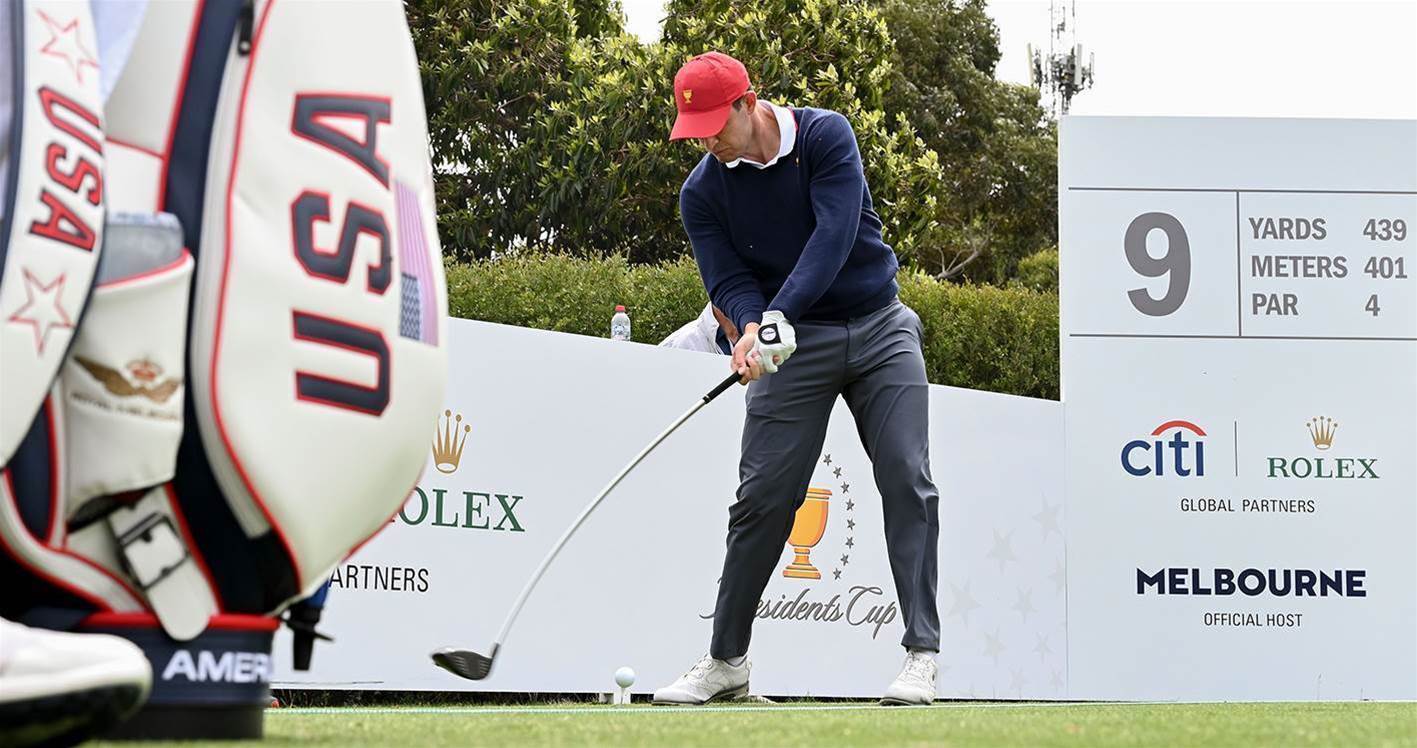 “Any balls that are landing around the hole, unless we get a lot of rain or they start watering, is not going to settle near the hole.

“So, it's more than just hitting it far and hitting it at the flagstick, which adds another layer in, and really makes golf fun.”

Asked his favourite hole on the course, he nominated the par-3 5th (the 7th on the Royal Melbourne West Course) though forgivably after only one playing struggled with the hole number.

“The par-3s are really good,” he said. “There's a few short par-3s, I can't remember the hole numbers.

“There's one up the hill, only 140 yards or so, but the green complexes are so good that you have to really pay attention to where the flagstick is and shaping your ball the correct way to get it close.

“That's fun, and I'm sure I'll be able to play it better on Friday, Saturday, Sunday than I am going to be able to tomorrow, just after seeing it.

“And that's the fun part about golf when you get on these firm golf courses where learning it and being able to hit all the different shots, you actually play better, as opposed to just playing like you're on the range and just trying to land it 142 or whatever it is.” 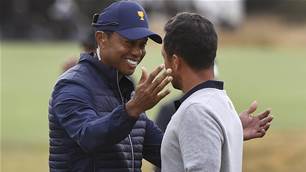