Italy’s Francesco Molinari kept his grip on the European Tour's season-defining crown despite two late bogeys in a four-under-par 68 that kept him within two shots of the lead on day one of the DP World Tour Championship in Dubai on Thursday.

Molinari, who will secure the Race to Dubai title if he finishes in a two-way tie for fifth or better at Jumeirah Golf Estates this week, exuded a sense of calm as he chalked up three birdies on the front nine.

His sixth birdie of the day on the 14th hole gave Molinari a share of the lead, but a pair of bogeys on the final four holes left him two behind joint tournament leaders Adrian Otaegui and Jordan Smith.

England's Smith sank five birdies and an eagle in a blistering 66, which was matched by Spaniard Otaegui's bogey-free round.

Tommy Fleetwood, who needs to win in Dubai to have any chance of pipping Molinari to the Harry Vardon Trophy, was a shot behind his Ryder Cup teammate in a group including South Australian Wade Ormsby and former World No.1 Rory McIlroy. 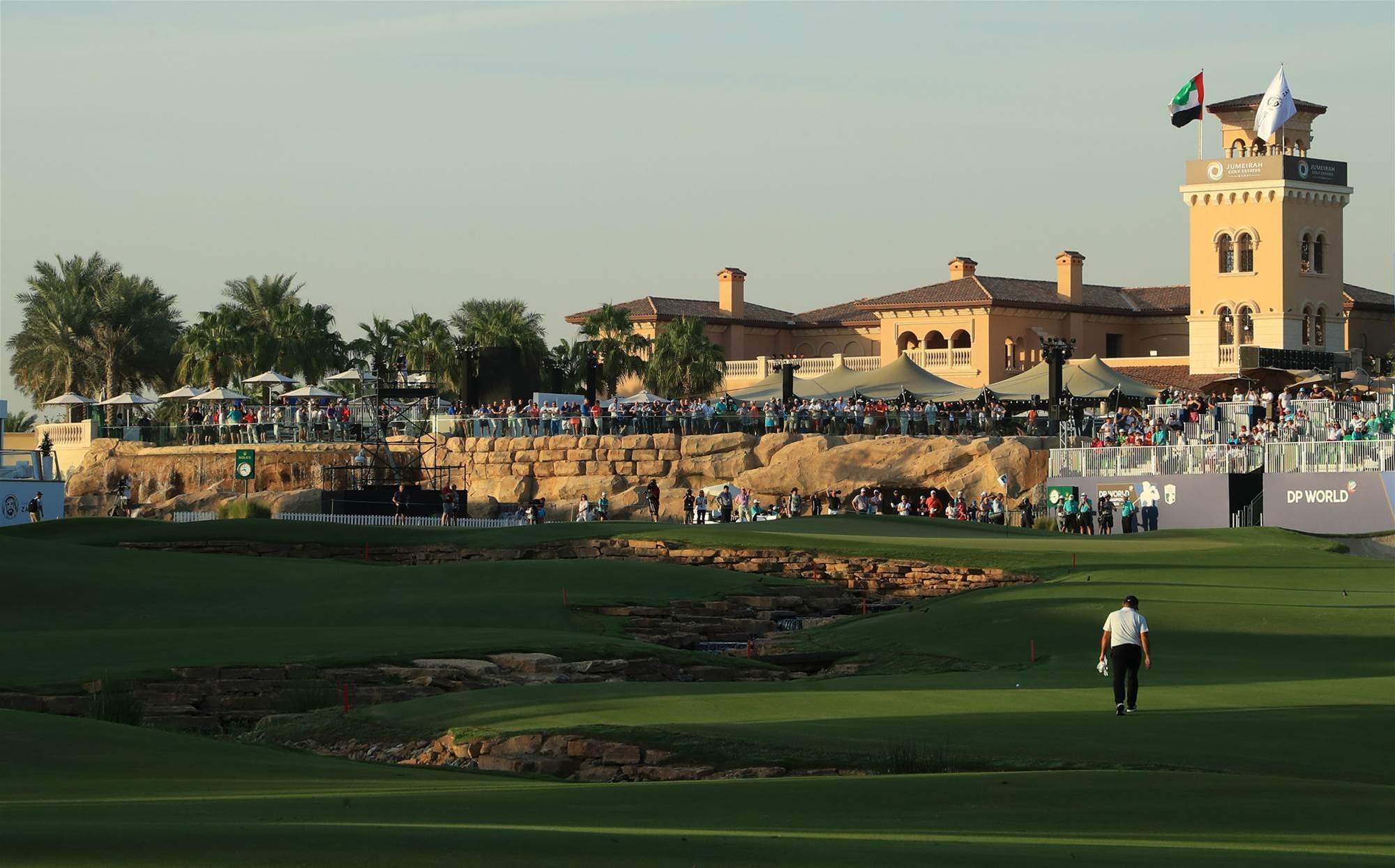 Molinari is within two shots of the lead after round one of the DP World Tour Championship. PHOTO: Andrew Redington/Getty Images.

Molinari felt there was room for improvement for both him and his playing partner Fleetwood.

"It's only Thursday so there are so many things that can happen," he said.

"Both of us did not hit the ball our best but we managed to scramble well and close out two decent rounds. I don't think there is any benefit to thinking about what-ifs. It's too early."

World No.10 Fleetwood, aiming to finish at the top of the European Tour's money list for the second consecutive year, rued missed opportunities with the putter after a sluggish afternoon.

"After the first eight holes I could have been a few better," the 27-year-old Englishman said.

"I played lovely and burnt the edges on a couple of putts, so after eight it was a case of just stay patient and pick some birdies as you go along."

Spain's Jon Rahm opened his title defence with a 67 to sit one shot off the pace alongside England's Danny Willett.