Phil Mickelson wishes he could take back the moment when he swatted a moving golf ball at the US Open.

"But there's not much I can do about it now other than just try to ... act a little better," Mickelson said on Thursday at the Scottish Open.

In his most extensive comments since he purposely violated the Rules of Golf at Shinnecock Hills, Mickelson said whatever backlash he receives from players and the public was his own doing.

Mickelson was sliding far out of contention in the third round of the US Open when he chased after a bogey putt on the 13th hole and hit it back toward the hole to keep it from rolling off the front of the green.

He was assessed a two-shot penalty amid criticism that he should have been disqualified for such a blatant violation.

In his next tournament, Mickelson tamped down tall grass just beyond the tee box at The Greenbrier to play a low iron shot, and then immediately realised it might have been a violation. 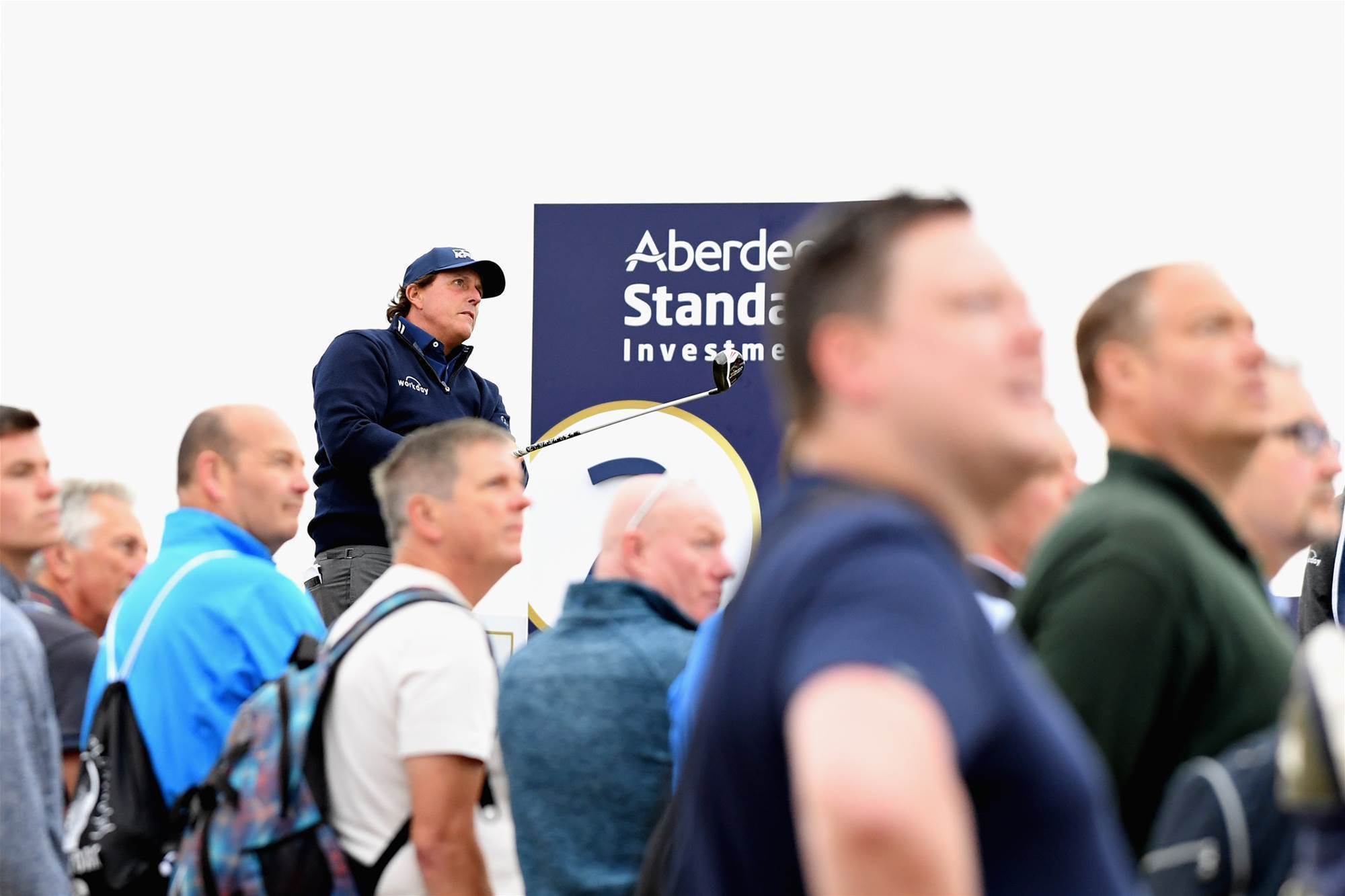 Galleries gathered to watch Mickelson during the opening round of the Scottish Open. PHOTO: Harry How/Getty Images.

He summoned a rules official, told him what happened and was penalised.

"It's not been my best month," Mickelson said.

Mickelson has apologised previously for the US Open blunder, sending out a statement the following week and speaking about it during a corporate-sponsored event in Chicago for the Women's PGA Championship.

"It's much easier for me to deal with it because it was my own fault," Mickelson said.

"You have to be accountable for yourself. I do a lot of dumb stuff."

Mickelson played the Ryder Cup course in Paris ahead of the Scottish Open, and he went over to Carnoustie this week to start preparing for next week's Open Championship.

He said the fans at Carnoustie treated him well, and he wasn't worried about his reception coming off his US Open behaviour.

"I wasn't nervous. I didn't know that I should be," he said. "Most people realise we all make mistakes. That was certainly one of them."

Mickelson opened with an even-par 70 at the Scottish Open and is in danger of missing the cut.