Phil Mickelson has earmarked the next three US Opens as genuine chances to finally complete golf's coveted Career Grand Slam, starting at Shinnecock Hills this week.

But the five-time major winner will have to overcome a litany of obstacles.

The 47-year-old is up against a younger field, an old foe in Tiger Woods and demons that linger from his collapse the last time the US Open was held at Shinnecock.

A record six-time runner-up at the US Open, arguably Mickelson's biggest heartbreak came at Shinnecock's par-3 17th hole in 2004 – when he stood on the tee sharing the lead.

But a double bogey prevented Mickelson from becoming just the sixth golfer to win all four majors, as Retief Goosen snatched victory.

"It was certainly the turning point because I had birdied three of the (previous) four holes to get myself in position to win," Mickelson recalled.

Mickelson, though, insists the next three years are horses for courses.

The US Open heads to Pebble Beach next year before New York's Winged Foot in 2020.

"I've come close a few times,'' said Mickelson, who can become the oldest US Open champion and second-oldest major winner this week.

"I love the challenge and that I have another opportunity to complete the Career Grand Slam.

"These (next) three provide me a great opportunity to finish out this final leg."

At the 118th US Open, the world's top six players all have a chance to take No.1 spot.

Incumbent Dustin Johnson, the 2016 US Open champion, is the firm betting favourite having holed out for eagle on the final hole to win last week's PGA Tour event in Tennessee by six shots.

Johnson rubbished suggestions the Memphis win was a poisoned chalice.

"It actually takes pressure off of me because I knew I had a lot on the line on Sunday," Johnson said. 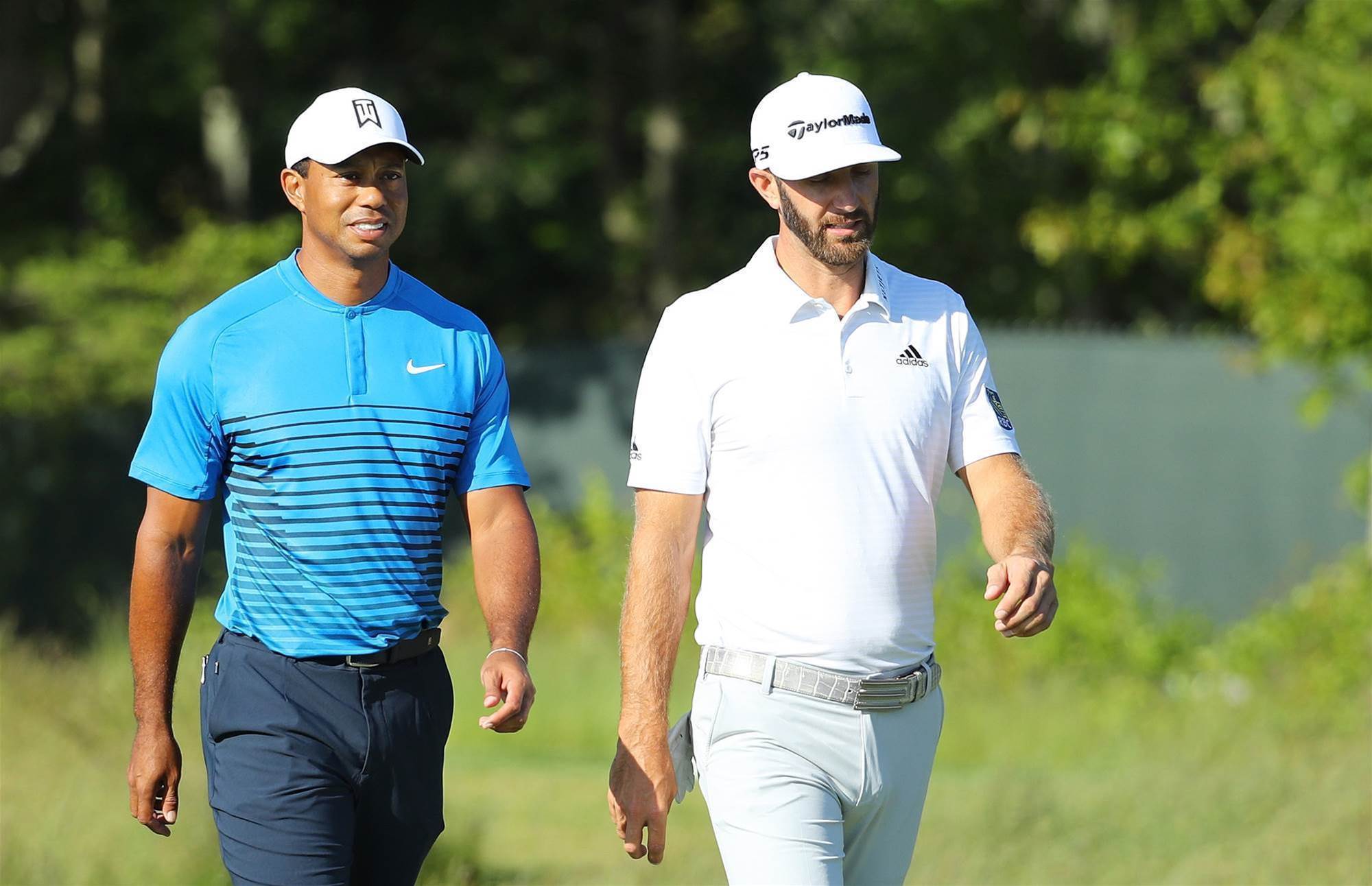 Johnson played a practice round with Tiger Woods prior to the 2018 US Open. PHOTO: Warren Little/Getty Images.

"To go out and play the way I did definitely gives me a big confidence boost coming into this week."

World No.4 Jordan Spieth also lurks and is motivated by the fact he is winless since the Open Championship last year and that his biggest weapon, putting, has let him down recently.

"I think my patience has been tested,'' Spieth said.

The 2015 US Open winner Spieth ranks 190th on the US Tour for strokes gained in putting this year, but senses a change coming.

"Everyone goes through peaks and valleys of results in any part of your game (but) I'm really starting to bring it back now. It feels very good."

Australian World No.8 Jason Day flies under the radar but remains a huge threat, with two runner-ups and three other top 10s at the US Open.

"It tests every part of your game; I enjoy tough conditions because I thrive playing a tough tournament in front of a lot of people," said Day, who has two US Tour wins this year.

Woods, a three-time US Open winner, has piqued the most interest given this week marks 10 years since his last major title.

He is desperate to end the drought.