Rory McIlroy has issued an emotional thank you to Northern Ireland golf fans after his heartbreaking missed cut at the Open Championship, but hopes Royal Portrush is added to the UK major's rota of regular venues.

The four-time major winner had a weekend to reflect on his poor showing at The Open before arriving at this week's World Golf Championships event in Memphis.

With The Open returning to his native Northern Ireland last week, for the first time since 1951, hopes were high the nation's favourite golfing son would claim his second Open victory.

The 30-year-old ignited the galleries with a stirring second-round 65 on Friday but he ultimately missed the 36-hole cut by one shot.

However, the fans were deafening in their support for McIlroy and it was not lost on him.

"I found out where I stood in terms of like to the people of my home country," McIlroy said at WGC Memphis host TPC Southwind on Wednesday.

McIlroy cried during post-round interviews at Portrush, where he owned his missed cut and offered an apology to the fans who hoped to see him on the weekend.

He was praised globally for his classy reaction to a gut-wrenching result. "I didn't cry because I missed the cut, I was overwhelmed by the support that I got," McIlroy said in Memphis.

"I had to take a step back and be like, ‘wow, I mean a lot to these people’, and that felt really good."

After a 68-year void, McIlroy hopes Portrush will be added to the Open's list of regular venues by its organiser, the Royal and Ancient Golf Club.

The Open currently has 11 venues on the rota.

"Hearing the feedback from players and caddies and fans and media, it was one of their favourite Opens in the past decade.

"It was a great showcase for our country, and from what I'm hearing, hopefully The Open will go back to Portrush in maybe the next eight or 10 years."

McIlroy now turns his attention to this week's WGC event in Memphis, where he is among 45 of the world's top-50 golfers in a field of just 63 players.

The event starts Thursday at the par-70 TPC Southwind in Memphis. 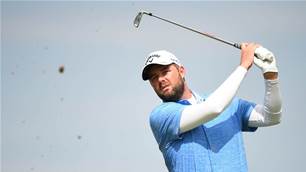 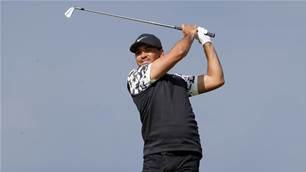