Rory McIlroy's streak of not winning a major is nearly seven years old, so there is the usual buzz about his drought with The Open Championship set to begin on Thursday in Sandwich.

Darren Clarke, who won his lone major on the same Royal St. George's course in 2011, played a practice round with McIlroy on Wednesday. He was amused to be asked if he gave McIlroy any advice.

"Who am I to give Rory McIlroy suggestions on what he should be and shouldn't be doing?" Clarke said of his fellow Northern Ireland native.

The way Clarke sees it, McIlroy is close to picking up his fifth career major. It is just a matter of time in his eyes.

"If you have the right mindset then you allow yourself to perform, and I think Rory has been working really hard on that aspect as well," Clarke said. "Believe me, I spoke to Rory many times when we were playing, and his desire is incredible. He wants to win major tournaments. He wants to perform and he wants to play well.

"If I was him, with his amount of talent, hell yeah I'd be frustrated with not winning tournaments. But the flip side of that is because of the talent that he does have, it's only a question of time before he starts winning."

"If I was him, with his amount of talent, hell yeah I'd be frustrated with not winning tournaments. But the flip side of that is because of the talent that he does have, it's only a question of time before he starts winning." – Darren Clarke

Clarke views McIlroy as one of the most talented players on the PGA Tour.

Many others do as well and that has only heightened the critiques when McIlroy falls short on golf's top stages.

"Everybody here this week – obviously technique-wise they're incredible players otherwise they wouldn't be here. The mentally strong are the ones that usually come out on top at the end of the week."

The Open wasn't played last year during the COVID-19 pandemic, and McIlroy missed the cut in 2019 at Royal Portrush in his native Northern Ireland.

McIlroy, 32, said earlier this week the missed cut is now in the past.

"I didn't dwell on it that much," McIlroy said. "It was tough but the great thing about golf is there's always next week.

"You can always get back on the horse and that's what I did. I moved forward, set my sights on other things." 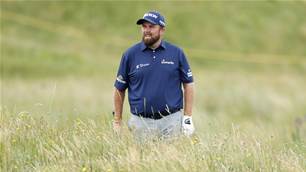 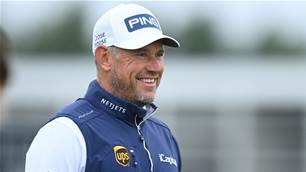 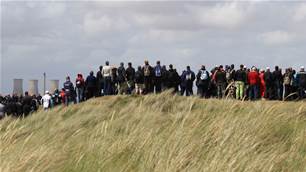