Two months after winning the Masters Tournament, Japanese star Hideki Matsuyama showed up on the leaderboard once again in another major championship on Thursday.

Matsuyama battled to a two-under 69 in the first round of the US Open at Torrey Pines to share fifth place with two-time champion Brooks Koepka, Jon Rahm and Xander Schauffele and lie two back of clubhouse leader Russell Henley. Louis Oosthuizen sits on four-under with two holes remaining when darkness suspended play.

Korea’s Si Woo Kim returned an even-par 71 which featured five birdies while Sungjae Im was one-over through 16 holes. Sung Kang signed for a 75 while K.H. Lee shot a 76 to leave themselves with some work to do on Friday to make the halfway cut.

The 29-year-old Matsuyama pencilled down three birdies against a lone bogey to put himself in the chase for more major glory. In April, he became only the second male Asian golfer to win a major and the first male golfer from his nation to achieve the feat.

He drained a lengthy putt from about 50 feet on the par-3, 11th hole which was the highlight of his day after making a nine-footer on No.3 and a 13-footer on 10.

“I played really good today and hopefully I can keep up the same momentum,” said Matsuyama, a winner of six PGA Tour titles. “I love it here. I'm glad it's a (US Open) venue, but it's sure was a lot tougher than when we play here at the Farmers (Insurance Open).”

“I love it here. I'm glad it's a (US Open) venue, but it's sure was a lot tougher than when we play here at the Farmers (Insurance Open).” – Hideki Matsuyama

Making his ninth start at the US Open, Matsuyama’s best is a tied second in 2017 at Erin Hills and her is showing the kind of form that could see him challenging for more success this weekend. His breakthrough at Augusta National no doubt added to the frenzy for the game in Japan, which is the largest golf market after the US and he knows the weight of a golf-mad nation remains squarely on his shoulders.

“All I can do is my best. It's good to be a major title winner, and hopefully that momentum will carry through this week," Matsuyama said. Around the greens is very difficult, especially compared to when we play earlier in the year. It is going to be a real difficult test, and there's some places where you just can't miss it around the greens.

“It is a special week. It's not only a major, but it requires you to drive the ball in the fairway and hit greens. Fairway and greens are really important. Par is a good score at the US Open. You just have to avoid the bogies from time to time.”

Kim, a three-time Tour winner, paid dearly for a double bogey on the 12th hole after finding trouble with the gnarly rough which punishes errant drives. However, the young Korean fought back with birdies on hole Nos. 1, 2, 7, 16 and 18, against three other bogies on his card. 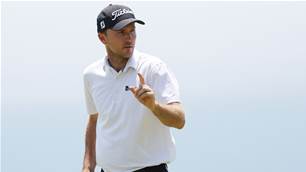 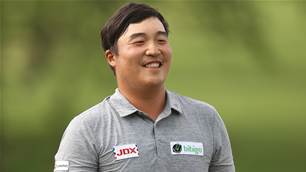 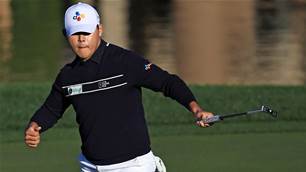