Watch out for Cameron Smith in this year's majors and also the Tokyo Olympics following his PGA Tour triumph in Hawaii.

That's the message from the 26-year-old Queenslander's long-time coach Grant Field, who believes Sunday's first-up success in the Sony Open has set his charge up for a big 2020 season.

The win earned Smith a berth in April's Masters at Augusta National, where Field says he's "more than capable" of claiming the green jacket, having already tied fifth there in 2018.

"There are goals that Cam has made no secret about wanting to achieve; playing for Australia at the Olympics and contending at the majors. He is more than capable of both." - Grant Field.

“There's no question, I think this could be a great year for Cam," Field told AAP.

"He will be confident having won and he knows he's played well at Augusta before.

"I think Augusta really suits Cam's game, with how accurate he is from 100 yards in and how good his putting is.

"He is also not one to get caught up in the hype of the Masters and he's able to treat it like a normal PGA Tour event."

Field believes Smith's gritty style of play will also serve him well at US Open host Winged Foot in New York – one of the hardest courses on the rotation – and a likely cold, foggy US PGA Championship in San Francisco in May.

"He plays well in tough conditions and I expect the course set-up to be brutal at the US Open and the weather to be testing at the PGA," he said.

Smith's Sony Open triumph pushed him up the world rankings to No.31, where he is breathing down the necks of countrymen Marc Leishman (No.28) and Adam Scott (No.13) for a spot on Australia's Olympic golf team.

"There are goals that Cam has made no secret about wanting to achieve; playing for Australia at the Olympics and contending at the majors. He is more than capable of both," said Field

"The Olympics are massive on Cam's radar; he loves team events and representing his country."

Smith will next tee up at the Farmers Insurance Open at Torrey Pines in two weeks.

The PGA Tour heads to the California desert this week for the American Express event, where Australians Greg Chalmers, Cameron Percy, John Senden, Aaron Baddeley, Cam Davis and Rhein Gibson will tee up. 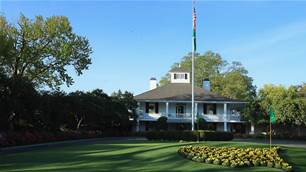