Shane Lowry has criticised the "drunken idiots" among the Whistling Straits crowd at the Ryder Cup and said his wife was abused.

Europe went down 19-9 to the United States on Sunday – a record margin in the Ryder Cup between the two teams – with Lowry collecting a point in a memorable fourball win with Tyrrell Hatton on Saturday.

The Irishman explained that the majority of the Wisconsin crowd were welcoming and courteous as Steve Stricker's side marched towards regaining the trophy.

However, the 2019 Open champion was left unimpressed by a "small percentage" of fans across the first two days, especially in the afternoon sessions where he suggested alcohol had taken its toll.

"I didn't think it was that bad until I asked my wife what it was like for her, and they got abuse coming around as well," Lowry told reporters ahead of the Links Championship at St Andrew's, Scotland.

"Some people are idiots, especially when they drink. Nobody turns into a genius drinking, and that's what they were doing last week. Especially if you were out in the afternoon matches, it was loud." - Shane Lowry.

"I finished my match on 16 on Sunday and I was walking back down to follow the other groups and I got a huge ovation off the crowd and in the grandstand on 16, that was pretty cool. And I thought I got on well with the crowd last week as best I could.

"But they are obviously a home crowd and they are going to be a partisan crowd. Some of the stuff is not very nice, but that's just the way it is.

"Some people are idiots, especially when they drink. Nobody turns into a genius drinking, and that's what they were doing last week. Especially if you were out in the afternoon matches, it was loud."

Lowry was a captain's pick by Padraig Harrington, and his performance in the four-balls sparked faint hope of a 'Miracle at Medinah' inspired comeback.

However, Patrick Cantlay dispatched Lowry 4&2 in the singles matches to leave Harrington's men staring at a thrashing.

Nevertheless Lowry said of the event: "It was amazing. It was one of the best experiences of my life. I don't care what I do for the next two years now as long as I'm back in Rome to try to take the trophy back off them." 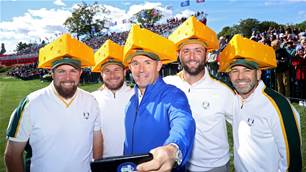 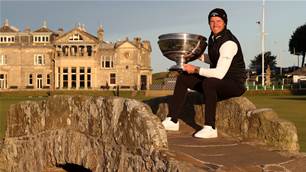 Willett salutes on his birthday 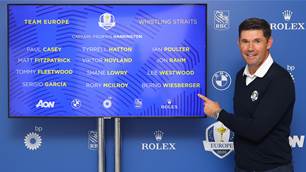