Shane Lowry's long wait to get the defence of his Open title under way will see him go out in the marquee group alongside golf's newest major winner Jon Rahm and former champion Louis Oosthuizen at Royal St. George's on Thursday.

The Irishman won at Royal Portrush in 2019 but last year's postponement due to COVID-19 restrictions means Lowry will be in the 726th day of his reign as the holder of the Claret Jug when he tees off.

As befitting the defending champion, he will have for company World No.2 Rahm, who made his major breakthrough at last month's US Open, and Oosthuizen – an Open champion in 2010 at St Andrews.

The honour of hitting the first tee shot will go to the veteran Richard Bland, who became the oldest first-time winner of a European Tour event with victory at the British Masters on his 478th start.

He tees off at 6.35am local time (3:35pm AEST) with fellow Englishmen Andy Sullivan and Marcus Armitage, another maiden winner in June with his victory at the European Open.

"Truly an honour that I've been given the opening tee shot @TheOpen something I'll remember for the rest of my life," Bland posted on Twitter.

Jordan Spieth, who won the Open in 2017, is out in the morning with big-hitting compatriot and last year's US Open champion Bryson DeChambeau and South Africa's Branden Grace. 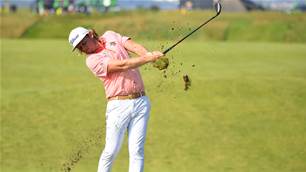 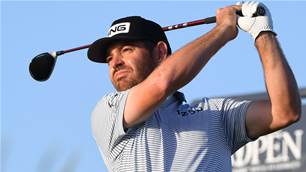