Brittany Lincicome shot a six-over-par 78 in the first round at the Barbasol Championship, as she strives to become just the second woman to make the cut in a PGA event.

A two-time major winner to go with eight wins on the LPGA circuit, the 32-year-old is following in the footsteps of Babe Zaharias, Shirley Spork, Annika Sorenstam, Suzy Whaley and Michelle Wie in Kentucky.

Zaharias is the only one of that quintet to have made the cut, back in 1945, but Lincicome would have been near the middle of the pack were it not for a double-bogey and a triple-bogey at two par-3s.

Lincicome is 16 strokes behind leader Troy Merritt, who equalled the course record on the Champion Trace layout at Keene Trace Golf Club with his 10-under 62.

Andres Romero started with five birdies over the first six holes and went on to shoot 65, finishing three shots behind Merritt in second place.

Lincicome will likely need to shoot a round the mid-60s to make the cut. 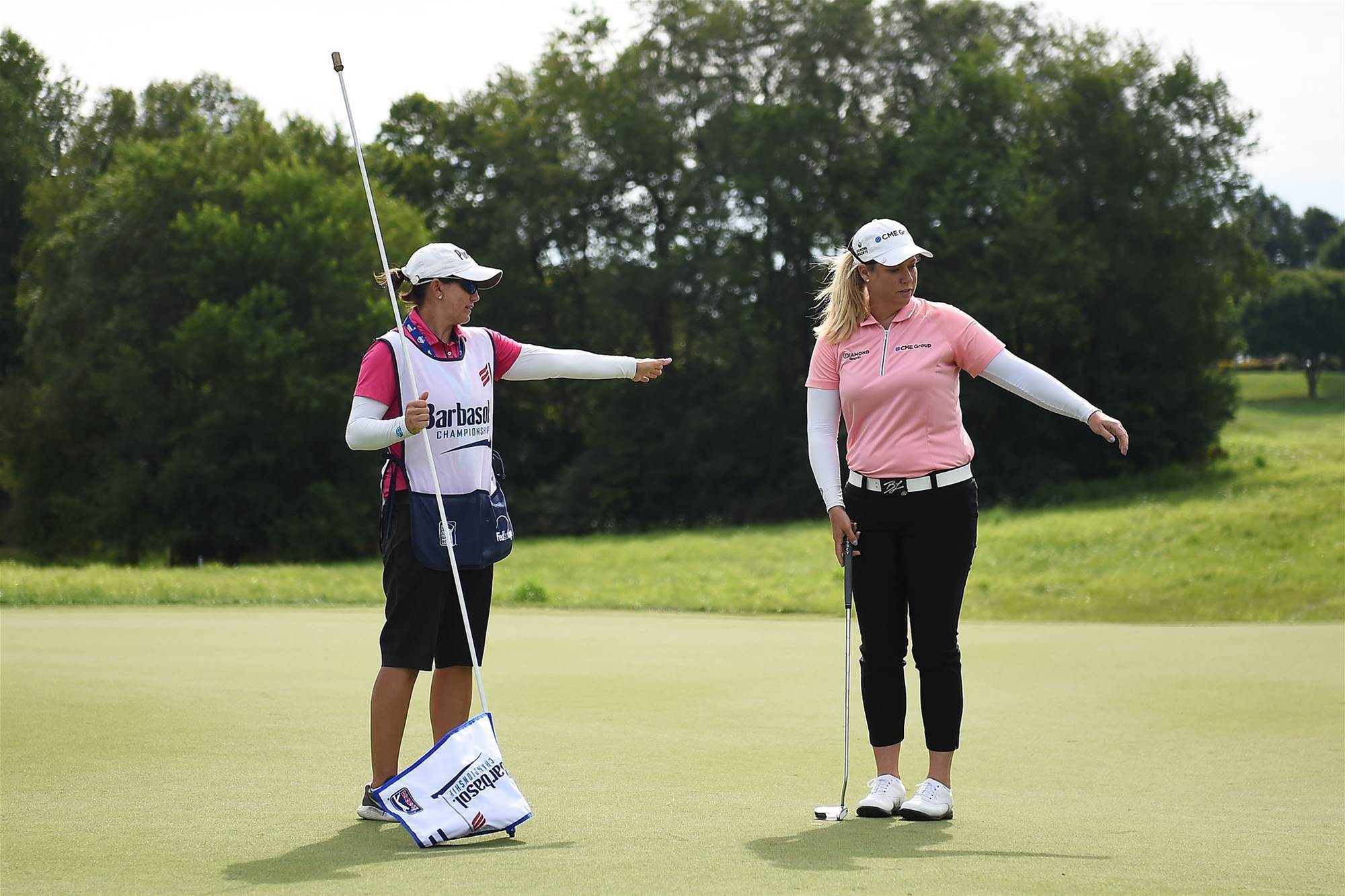 Starting on the back nine, she reached the turn four over having double-bogeyed the 18th.

She picked up a shot on the 3rd before a poor tee shot on her third-to-last hole contributed to a six.

"I was a lot calmer than I thought I was going to be, which was a relief," she said in a video published on the PGA Tour's website.

"After that first tee shot I was like, 'Okay, let's go, we can do this'. It was just so much fun being inside the ropes with the guys. I love playing with the guys.

"(It's) literally two bad holes and if I can do better on those two holes tomorrow I'll be pretty good."