A RELAXED Marc Leishman is quietly confident about his Open Championship chances this week after just one practice round on the tough Carnoustie links.

The famed Scottish links has a well deserved reputation for humbling even the best players in the game and the 34-year-old got his first dose in a Monday practice round, and was all smiles when he walked off the course.

“That was my first look today and I really enjoyed it … it’s a good test,” Leishman said.

“It’s different to other Open courses. It’s narrow and there are some bad spots out there that you really don’t want to be in but good shots won’t go into those positions.

“But the course is great. Its obviously very tough and you’ve got to think about every shot, especially clubs off the tee because the fairways are so firm and the ball is running a lot. I hit some weird clubs off tees just because of how far the ball is going.”

Playing alongside big-hitting Asia-Pacific Amateur champion, 17-year-old Yuxin Lin, of China, Leishman rarely pulled the driver from his bag during the practice round. He appeared to be practicing his strategy for the four tournament rounds ahead – keep it in play at all costs, with whatever club that will do the job. 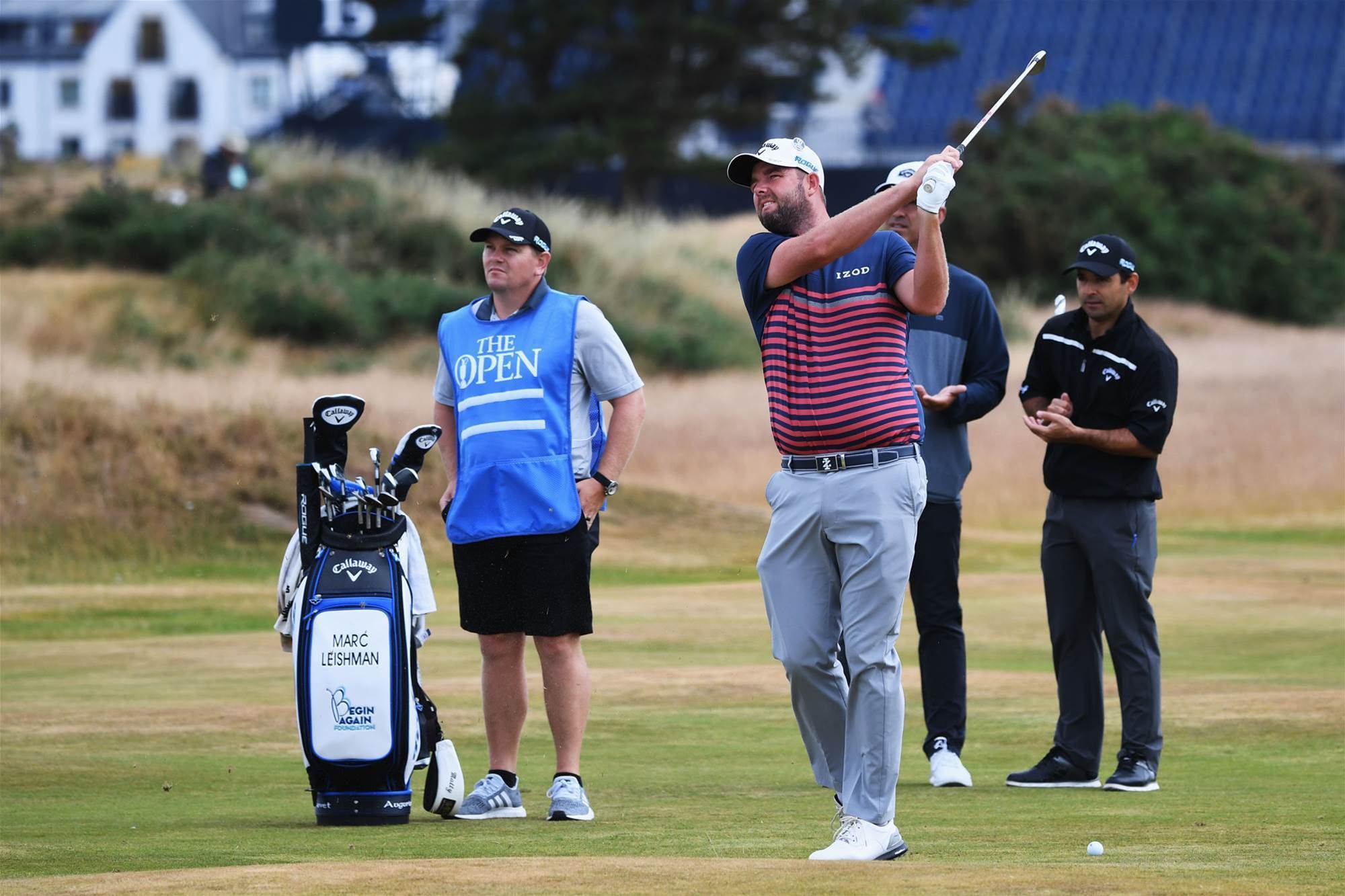 Marc Leishman play an approach shot during his practice round Monday at Carnoustie. PHOTO: Getty Images.

For example, on the 415-yrd par-4 4th hole Leishman hit a 7-iron off the tee to be short of a bunker 245 yards away, such is firmness of Carnoustie’s already baked fairways.

“I’ll probably only hit three or four drivers a round,” Leishman said. “You just don’t have to when the wind is not really up at all.

“A lot of the time when the wind is up, and on the holes when you’re into the wind, you still don’t really need hit driver. The 2- and 3-iron will get a real workout.

“The last three events I have played I’ve had the 2-iron in the bag (instead of a 5-wood) thinking ahead to this week. I have brought an extra wedge in case there was a lot of sand in the bunkers, but I don’t need to use it either.”

The big Victorian has finished in the top-six at three of the past four Open Championships including a tied for second at the 2015 tournament at St Andrews, when he lost in a three-way play-off to Zach Johnson.

In each of those Open campaigns, Leishman has adopted a game plan of not playing any tournaments leading into the championship. This year has been no different.

He finished T13 at the Quicken Loans National on July 1 and put the clubs away for nearly two weeks. He didn’t hit a ball until last Thursday when he did some chipping and putting at home.

“I’ve just been relaxing and recharging the batteries,” said Leishman, who was impressive in practice. “That’s what I normally do before this tournament … I take at least one, perhaps two weeks off because I like playing fresh.” 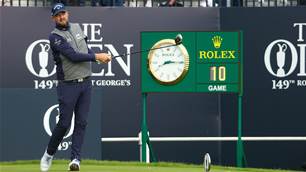