Mizuno’s new ST200 series of drivers and fairways marks a landmark collaboration between the company’s Japanese and US R&D teams to deliver a range of woods offering distance, forgiveness and customisation to suit a variety of players. Complemented by an improved CLK hybrid offering.

"Combining our US and Japan Tour metalwood development is a natural evolution for Mizuno in 2020. We can now combine Japan's exotic materials and craftsman's eye for playing profiles, with our expertise of working with modern Tour players like Keith Mitchell. 2020 is set to be a huge year for Mizuno in metalwoods," Mizuno’s Chris Voshall said.

Powered by a multi thickness ‘Forged SAT 2041 Beta Ti’ face that offers increased ball speeds across the face and maintains performance for longer, the new ST200G, ST200 and ST200X drivers are designed to appeal to golfers looking for specialised performance to suit their game. Headlining the new driver launch, the ST200G is optimised for high swing speeds and offers loft adjustability of four degrees and the ability to fine tune spin to a greater degree thanks to longer weight tracks.

Capable of being moved from mid spin to ultra-low, the ST200G features a face maximised to the limit of equipment regulations and a compacted Wave Sole and variable-thickness graphite crown to deliver predictable performance, including a low spin flight and forgiveness on mis-hits.

Incorporating a flatter lie angle and flatter crown produced by the company’s Yoro craftsmen after Tour feedback, the ST200G’s face material is 17 percent stronger than the traditional titanium used in Mizuno’s drivers.

Featuring the same Tour driven appearance and lie angle, the ST200 is built for low spin and forgiveness, a sought after combination by players looking for accuracy, distance and predictability.

"The ST200 has some clever engineering tweaks that allow it to be both forgiving and low spinning at the same time – the holy grail of tour drivers. It's incredibly predictable for a driver this long,” Voshall said.

Like the G model, the ST200 has been updated to produce a feel and sound at impact preferred by better players, while an 11.6 gram weight located in the back of the head is the cause of its desirable combination of stability and low spin.

Designed for golfers with slower swing speeds and those who fight a fade flight, the ST200X has its own unique shape, weighting located in the heel and a more upright lie angle to produce the high draw ball flight golfers dream of, all of which is assisted by the specially designed MFUSION 39 gram shaft. "The ST200X is a totally new metalwood option for the west – overall more of a traditional Japanese specification,” Voshall said. “It's just as forgiving as the standard ST200 – but will suit players who lose distance through a consistent fade or a launch too low for their ball speed. To get the very most out of the head design, we'd recommend that the ST200X is matched with the Japan spec FUSION 39-gram graphite shaft."

Utilising the same crown and sole technologies as the drivers of the same name to produce increased stability, the ST200 fairway woods feature a ‘MAS1C Maraging face’ that through its multi-thickness design creates a greater transfer of energy at impact and more ball speed across a larger area of the clubface. The COR values of the new fairways approaching those typically seen in drivers.

To allow golfers who fit into the X driver model the same game enhancing benefits further down their bag, the ST200X fairway woods have similarly been designed to offer a draw biased flight and increased distance.

Utilising the same maraging steel material in the face, the new CLK hybrid is offered in five lofts to optimally fill the gap between a player’s longest iron and most lofted fairway.

Engineered with a flatter profile to inspire confidence at address, the new CLK’s more aggressive and flexible WAVE sole helps to create a higher flight perfect for soft landing approach shots into greens. 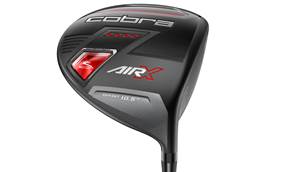