Katherine Kirk is in the mix and sitting three shots off the Evian Championship lead going into the second round of the final women's major of the season.

The World No.72, who placed third at the 2017 event, carded a three-under-par 68 in her opening round, despite bogeying the final hole, in pleasant conditions at Evian-les-Bains in France on Thursday.

The 36-year-old Queenslander birdied the 4th and 8th holes before shooting an eagle on the 15th to put herself in equal seventh place.

Meanwhile fellow Australian and World No.6 Minjee Lee shot a forgettable opening round, including four bogeys, to finish one-over-par, putting her back in 41st place. 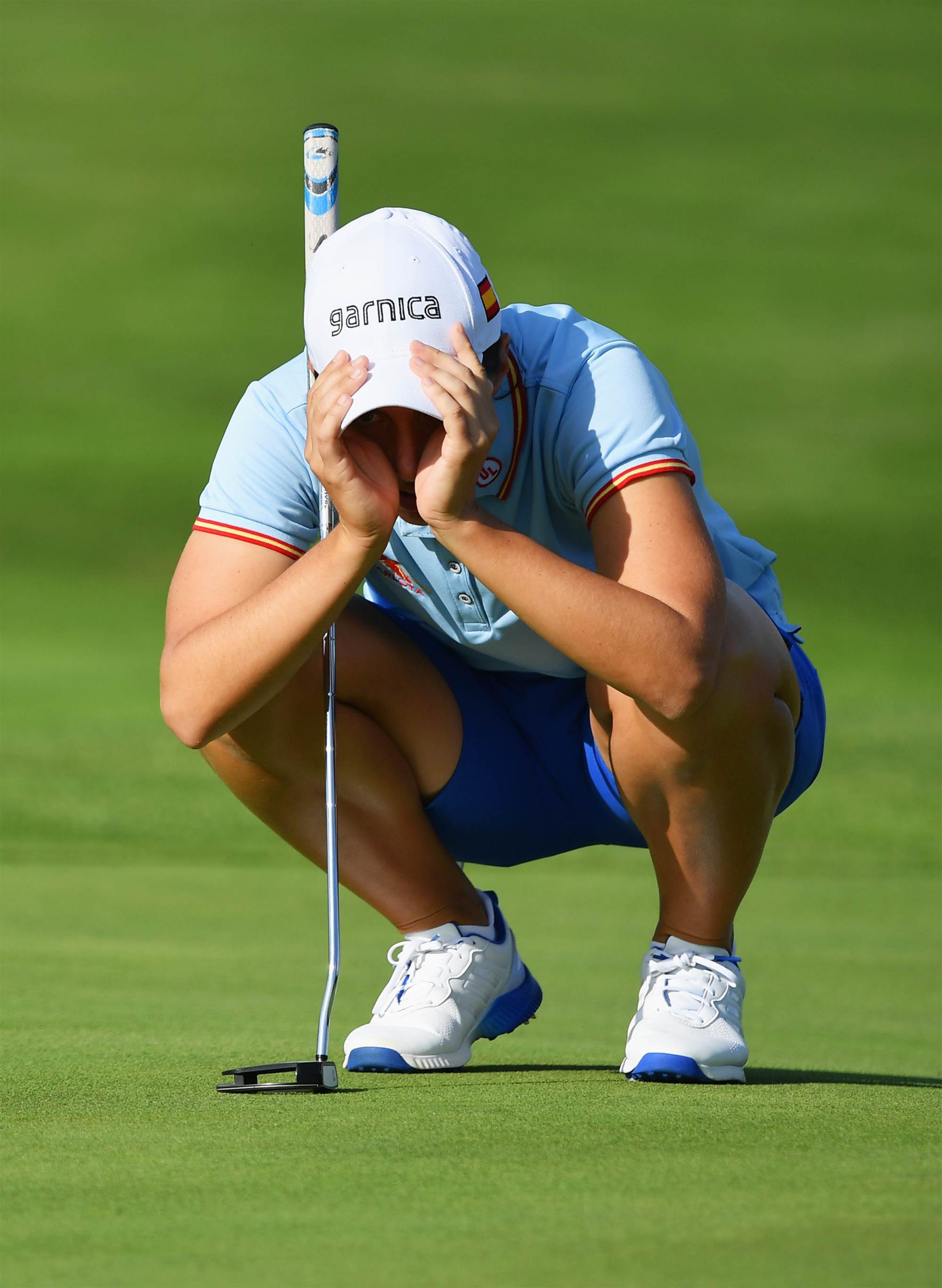 Leader Spaniard Carlota Ciganda birdied her final two holes for a six-under-par 65, while Puerto Rican Maria Torres enjoyed her lowest round in her rookie season on the LPGA Tour.

RIGHT: Ciganda shares the lead with Maria Torres after the opening round at The Evian Championship. PHOTO: Stuart Franklin/Getty Images.

"I love this place, love being in Europe, my parents are here, some friends, so I really like the atmosphere," World No.18 Ciganda said.

Torres sounded positively thrilled not just by her lofty position, but simply to be playing on the big stage.

A year ago she was with her family in Puerto Rico as Hurricane Maria ravaged the Caribbean island.

She barely squeaked through LPGA qualifying school to become the first woman from Puerto Rico to get full playing status and after a tough baptism on Tour, she has found her feet with two recent top-10 finishes.

"I'm grateful for all the opportunities we get ... because I never thought I was going to make it (through qualifying school)," Torres said.