Kim shot a final-round 66 on Sunday to win the John Deere Classic by a record-setting eight strokes, to secure a two-year exemption on Tour and a trip to The Open Championship.

Kim, who turned 25 on Saturday, finished at 27-under 257 to break Steve Stricker's tournament record from 2010 by one shot.

Kim qualified for The Open at Carnoustie starting Thursday – an unexpected bonus for a player who had missed the cut in five of his past six events. He also made 30 birdies for the week, a season high on tour in 2018.

"To be able to finish out in style like this, it means a lot," Kim, who nearly quadrupled his season earnings with a winner's cheque of US$1.044 million, said.

"To be sitting here with a trophy, I'm at a loss for words."

Matt Jones, who started the day third, was the only player to finish in the top 20 to shoot over par on Sunday. 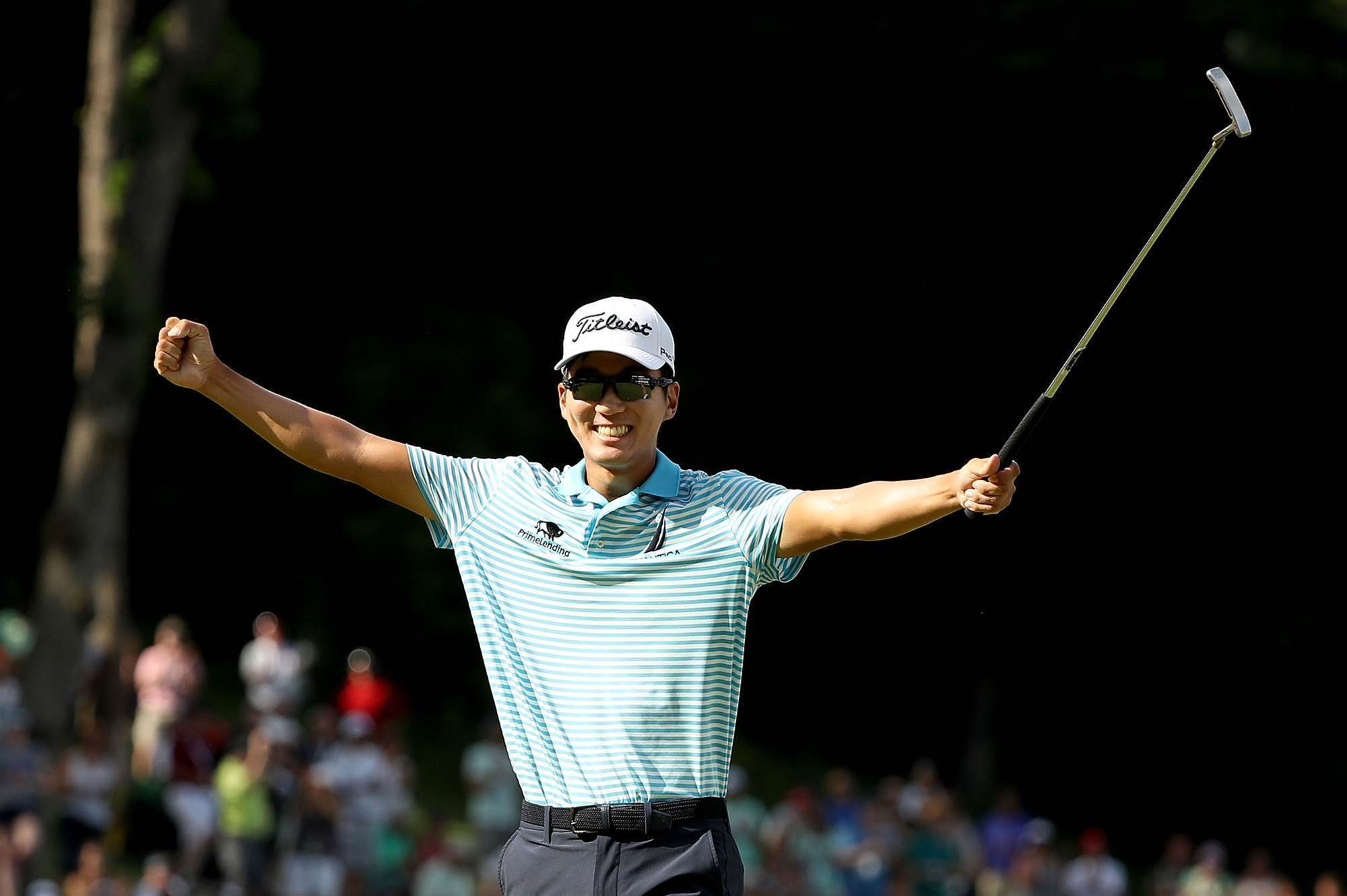 After a birdie on his opening hole, the Sydney native dropped a shot at the 3rd, made double bogey on the 7th and bogey on the 9th to slip out of the top 10.

His back nine included birdies on the two par-5s as he ended his week with a one-over 72 to be 15-under and tied for 12th.

Kim – who led after the third round by five shots – took all the drama out of the final round with birdies on his first three holes and secured the largest margin of victory during the tournament's stay at the course, which began in 2000.

The South Korean-born American's day ended on No.18 in emotional fashion when he saw his brother, father and mother – whom had made a surprise trip in hopes of seeing him get his first win – on a video screen.

"I teared up a little bit on the green," Kim said.

"To see my parents here ... it made me even more nervous." 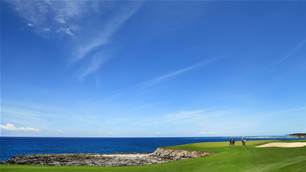