Kevin Na has holed a 92-foot chip for birdie with his final shot to card a 62 and take a one-stroke lead after the first round at the Fort Worth Invitational in Texas.

The American mixed an eagle with six birdies to finish eight-under, one stroke ahead of Charlie Hoffman, who sank seven birdies in his bogey-free round on a brutally hot day at the Colonial Country Club.

Emiliano Grillo, Beau Hossler, Andrew Putnam and Jhonattan Vegas were all tied for third at six-under, while Australia's Adam Scott is well back at one-under, sitting alongside Jordan Spieth on the leaderboard.

Na's remarkable chip came after a heated exchange with long-time caddie Kenny Harms on the previous shot on the par-4 9th.

Na and Harms clashed over which club to use on his approach and Na ended up missing badly as the ball sailed over the green and settled up against the grandstand.

After being granted relief from officials, Na hit his lengthy chip perfectly for a career highlight and the outright lead. 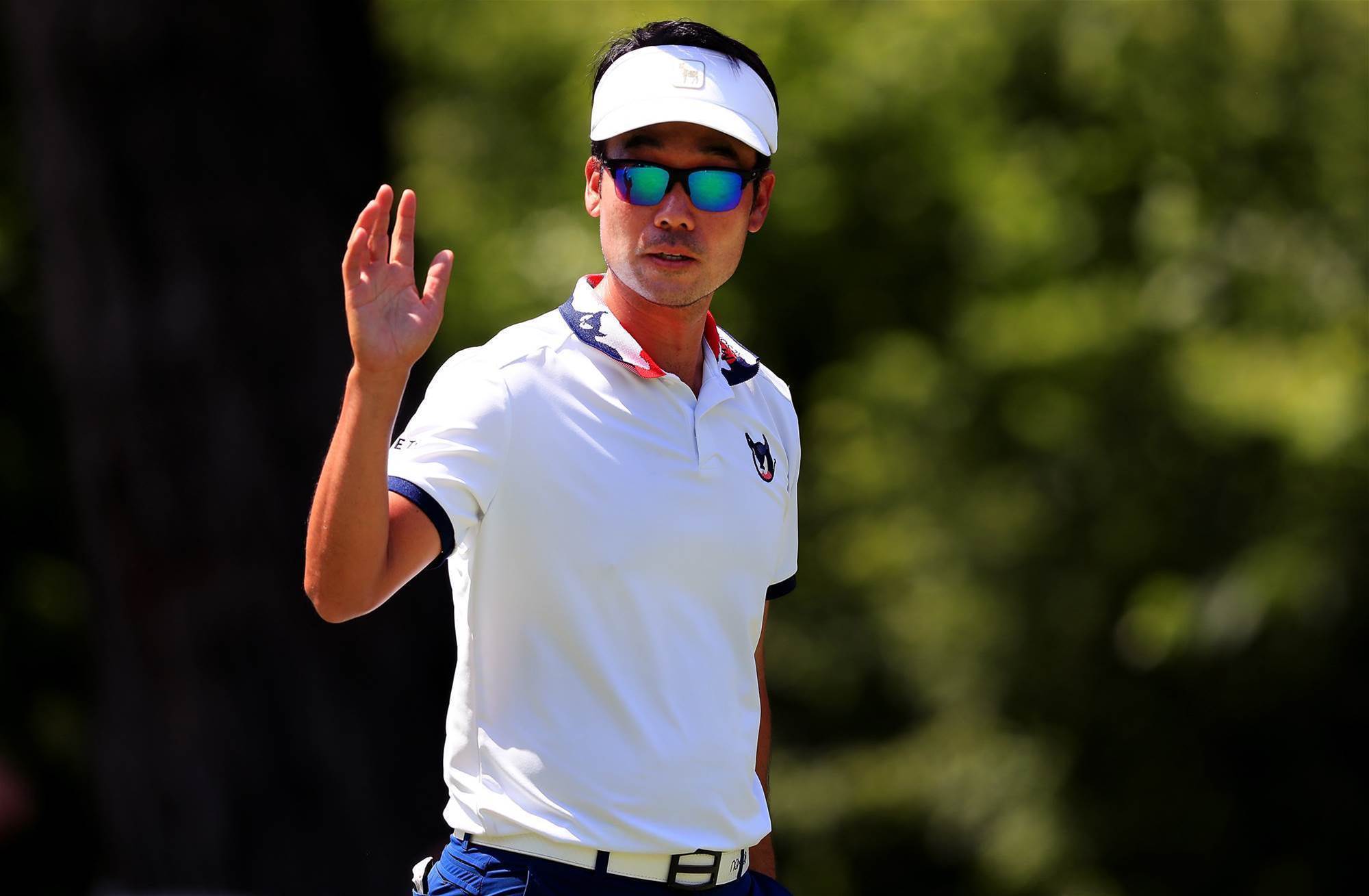 Na waves to the gallery on the 5th green during round one of the Fort Worth Invitational at Colonial Country Club. PHOTO: Tom Pennington/Getty Images.

"That chip was almost impossible and I don't know how it went in but I'll take it," he told Golf Channel.

Harms said he knew the two clubs Na was considering for the approach shot would put him over the green and while that proved correct, he felt the 34-year-old was vindicated by his spectacular chip.

"But he makes the ultimate decision and it turns out he was right again, it was the right club."

Na said Harms was right about the approach in hindsight but was happy with the final outcome. 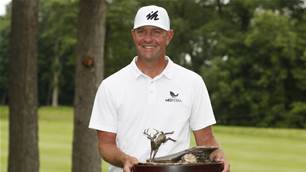