Spanish amputee golfer Juan Postigo says the memory of a close childhood friend stabbed to death on a US golf course in September will drive him during the Australian All Abilities Championship this week.

Postigo is one of 12 golfers with disabilities who will compete at The Lakes in Sydney concurrently with the professionals contesting the Australian Open – a world first.

Bearing a commemorative ribbon on his hat, Postigo has dedicated his tournament appearance to Celia Barquin, a 22-year-old college player who was killed while practising on a course near Iowa State University.

A homeless man was later charged with her murder.

"I am here to play for her this week; the ribbon is for her and my golf bag is for her," Postigo told AAP on Monday.

Barquin won the European Ladies' Amateur Championship in July and was a rising collegiate star at Iowa State.

"I was in Belgium (at the time of the murder) ... my cell phone was ringing," Postigo said.

"My mother said, 'Celia has been killed'. It was the worst morning of my life."

Postigo and Barquin grew up playing junior golf together at the Golf Abra Del Pas course in Cantabria, northern Spain.

"This event is going to make history and to be a part of that feels special." – Juan Postigo

"I lost one of my best friends; my teammate since we were little," Postigo said.

"It was a terrible loss; but we have to (remember) the good moments and I'll definitely remember her smiley face.

"Golf Abra Del Pas is actually going to be renamed after Celia."

Postigo is an above-knee amputee and competes on one leg rather than using a prosthetic leg.

On Monday, the big-hitting Postigo played a practice round with two-time Australian Open champion Peter Lonard, who only out-drove Postigo by 10 metres on the first tee.

He is among seven Europeans in the AAAC field, which also features four Australians and one from the Dominican Republic, as part of a collaboration between Golf Australia and the European Disabled Golf Association.

"It feels great to share practice rounds and play alongside with these (professionals)," Postigo said.

"This event is going to make history and to be a part of that feels special." 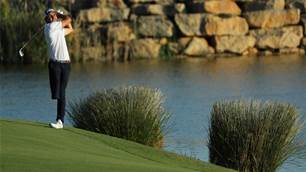 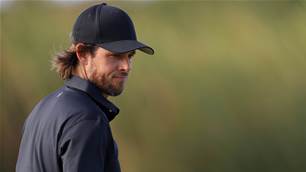 Aus Open: Past champs back on a mission 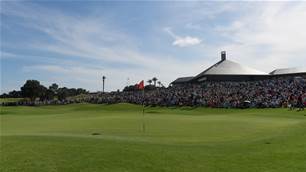 Against the odds! Two Aussie ice hockey girls medal at the Youth Olympics