Dustin Johnson may have been the oldest member of the triumphant United States Ryder Cup team but the stoic American showed the way for a rookie-filled squad as he dominated in a way rarely seen at the biennial team event.

"You know, starting the week, if you had told me I was going to go 5-0-0, I probably would have said you were crazy. I didn't think I was going to play five matches," Johnson said.

"But obviously it was a great week. The team played amazing. All of us came together and we only wanted to win it. I think we just wanted it a little bit more."

World No.2 Johnson, who was the only member of the 12-strong American team to play all five sessions this week on the links-style layout, made his Ryder Cup debut in 2010 when he went 1-3 at Celtic Manor.

A lot has changed since then as the long-hitting American has steadily improved his game which allowed him to enjoy time as the top-ranked golfer in the world and also pick up a pair of major wins at the 2016 U.S. Open and 2020 Masters.

Playing on a team with six rookies and an average age of 29 was something new for Johnson but he embraced the role and won the Ryder Cup for the second time in his career.

"Obviously this is the first team where I was the oldest," said Johnson, who improved to 12-9-0 in Ryder Cup play.

"On the other teams I felt like I was a younger guy on the team. A little different dynamic.

"The guys all got along great. We all have one thing in common, we do not like to lose. We had a great week, and it showed." 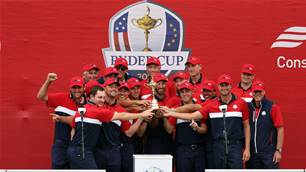 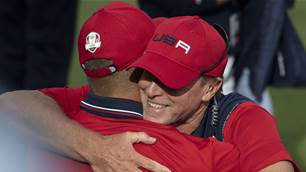 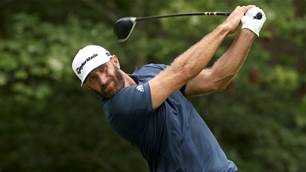