South Korean superstar Inbee Park has charged into second place at the Women’s Australian Open after an eight-year absence from the championship.

The former World No.1 – who last competed in an Aussie Open in 2012 at Royal Melbourne – began her opening round in superb fashion, eagling her very first hole at Royal Adelaide Golf Club.

The seven-time major winner, playing in the afternoon wave, holed out from 113 yards at the par-4 1st using her 46-degree wedge.

“I had 113 to the flag and I hit a gap wedge, it was a little bit downwind, left to right … I didn’t see it actually going in but it was right on line and I thought it was going to be pretty close … Everybody was screaming,” said the 31-year-old, who shares second place with her compatriot Jeongeun Lee6.

Park briefly joined Englishwoman Jodi Ewart Shadoff at the top of the leaderboard with birdie at the 17th – but the 19-time LPGA Tour winner couldn’t salvage her par at the closing hole after finding the bunker off the tee.

“I mis-hit driver on the last … That was pretty much my only (ball-striking) mistake on the golf course … So yeah, I’m really happy the way I played. I love this golf course. It’s playing really perfect for me, so I wish I can keep that great putting going,” Park told greenside reporters.

West Australian Hannah Green is the best-placed Aussie heading into the second round, sharing seventh place with 11 other players who shot four-under-par 69. 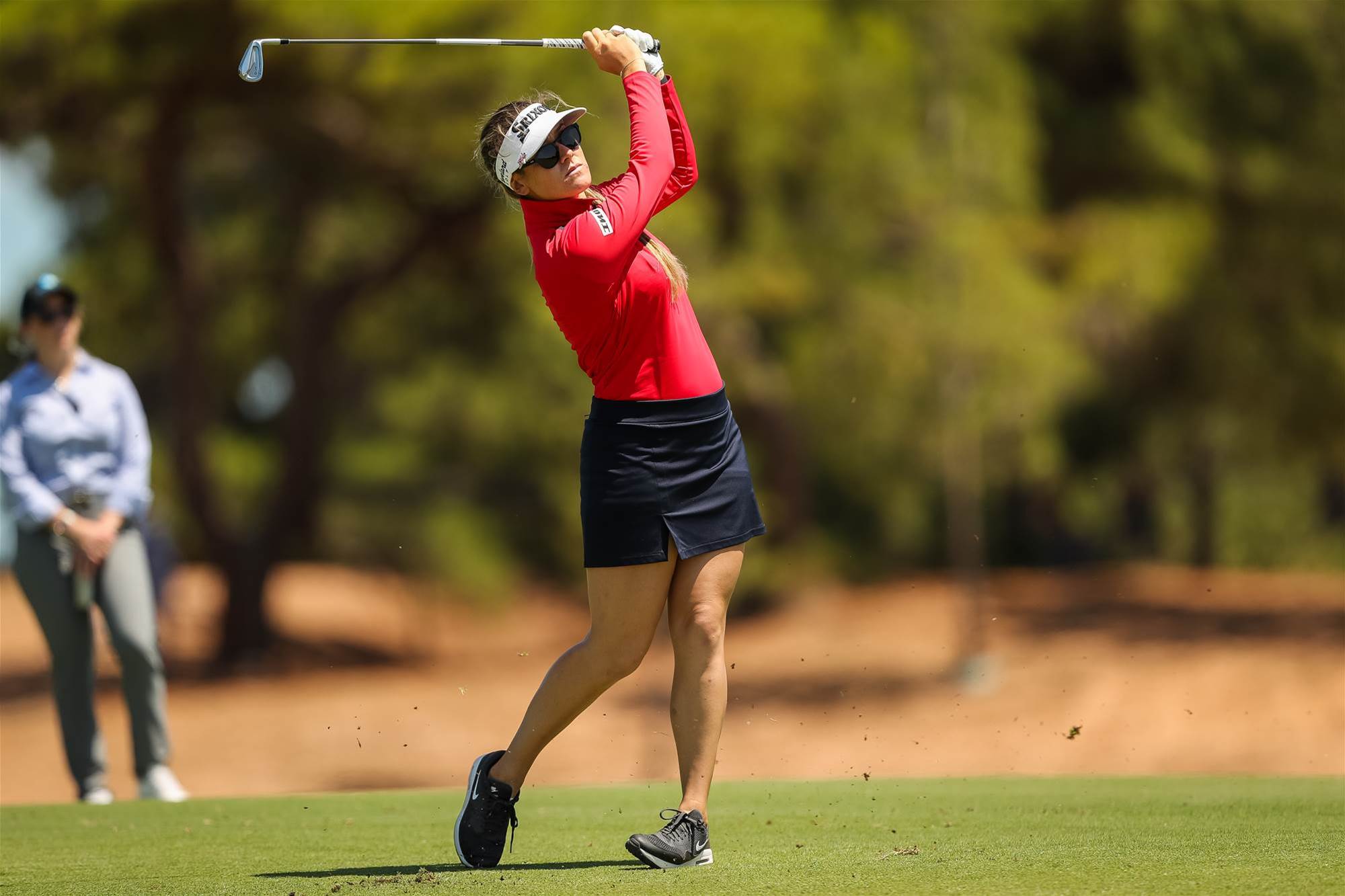 The reigning Women’s US PGA champ’s only blunder came at the 9th hole, where she found one of Royal Adelaide’s penal bunkers.

“I made a bit of a slip up on the par-5 9th and made bogey there,” Green said post-round.

“I didn’t hit a very good second shot for my lay-up, so it was in the bunker and couldn’t advance it any further. That was probably the only bad shot that I actually hit, so I’m pretty pleased.”

Earlier, in the calmer morning conditions, Ewart Shadoff continued her love affair with the courses on the Women’s Open rota, firing seven birdies against zero bogies to sign for seven-under-par 66.

“I really love the golf courses here. I played well last year (T8 at The Grange). I played well here when it was here a couple of years ago, too,” said Ewart Shadoff, who shared 24th place at Royal Adelaide in 2017.

Ewart Shadoff has posted 20 career top-10s without breaking into the LPGA Tour winner’s circle – but she is ready to change that.

“I feel ready now. I feel like every part of my game is up to the challenge. It’s hopefully going to be a good year and hopefully get that win,” she said.

The World No.8 made the turn at two-over par, before firing four birdies in her final five holes to sign for three-under-par 70.

“I feel like I really needed a good push to get my head out of my butt. I finished with five birdies on the back nine, my back nine, so pretty happy with how I finished,” said Lee, who shares 19th place.